The multi-part Capital News Service series on human trafficking that ran last August in MarylandReporter.com won Best in Show in the Mark of Excellence awards from the Society of Professional Journalists at SPJ’s national conference in New Orleans Monday.

The best in show award is chosen from more than 4,100 entries in SPJ’s 2015 Mark of Excellence Awards competition open to student journalists across the country.

Capital News Service is part of the Philip Merril College of Journalism at the University of Maryland, College Park, staffed by graduate and undergraduate students under the direction of professional editors.

The judges for the award said, “This reporting told a story that is important and hasn’t been told before. The collaboration of the different classes increases its impact by bringing in different perspectives and expertise. Then the production level includes all the elements that a piece of digital journalism should while being compelling.”

Here are the six parts of the series that ran in MarylandReporter.com, with links back to the full stories. 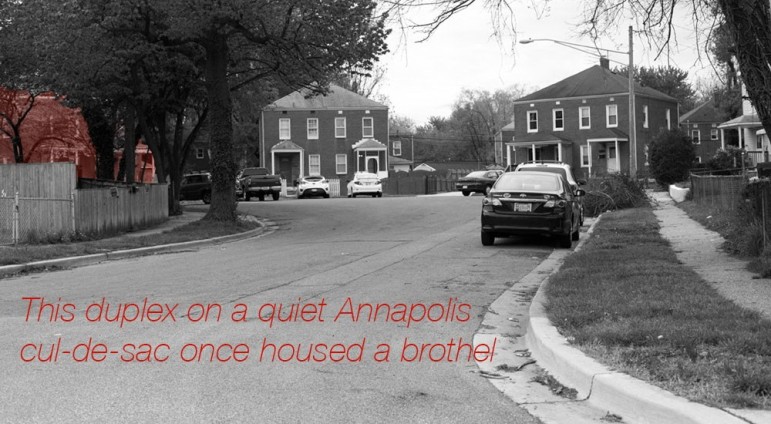 Their stories, taken from court records, sketch out a common theme: Traffickers find vulnerable young women, seduce them with promises of security, then force them into the sex trade. When they resist, they are beaten, drugged, threatened with the loss of their children. And the businesses are everywhere. From a brick house in a quiet neighborhood to a three-star hotel near a swanky mall, sex trafficking has infiltrated the most ordinary of surroundings in Maryland.

The traffickers aren’t always the flashy, bling-wearing, urban street pimps Hollywood portrays, the records show. They are sex salesmen who use business cards and online classifieds like Backpage to market their products. The business — often referred to by insiders as “The Game” — includes strategy and deception.

Labor trafficking can be found in sweatshops, on farms, in restaurants and nail salons, on construction crews and custodial staffs and in American households, according to the Maryland Human Trafficking Task Force. Labor trafficking victims are more commonly immigrants brought to the United States than Americans

Maryland has some of the lightest penalties in the nation for human trafficking of adults, which police officers and advocates say draws traffickers into the state. A bill to strengthen trafficking penalties died in the Maryland General Assembly in the 2015 session. Among the biggest opponents were advocacy groups working to end trafficking

Baltimore has become a hub for human trafficking because of its interstate highways and proximity to major airports, city and state officials say. But few human traffickers are arrested, and even fewer are convicted — while police continue to make hundreds of prostitution arrests every year.