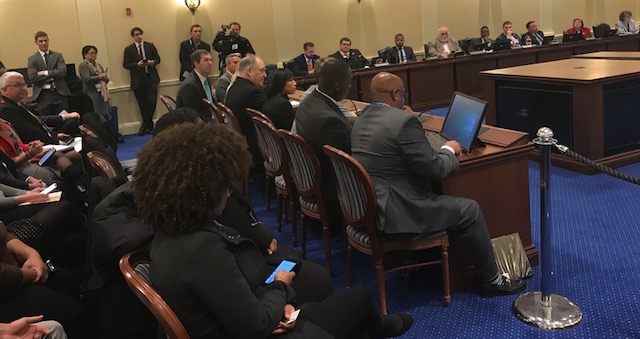 County and city leaders highlighted the desperate state of some of the schools in their communities to a panel of Maryland lawmakers on Thursday. Their testimony was in support of legislation that would provide more than $2 billion over the next five to ten years for school construction and renovation throughout the state. Baltimore Mayor Jack Young said the legislation would provide a big boost for city schools, some of which he said lack basic utilities such as heat and air conditioning. 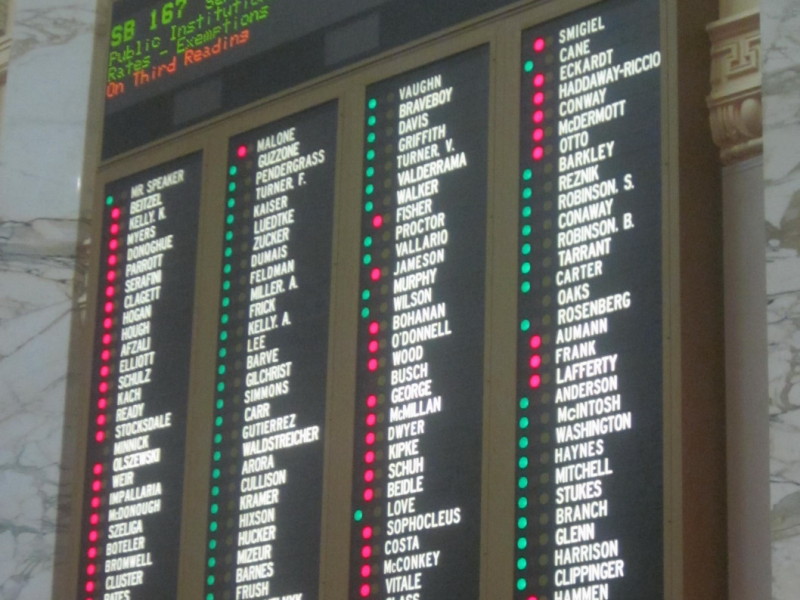 Hogan proposes more than $1 billion in tax cuts for retirees

“Maryland may have some of the strongest gun laws in the country but it’s not enough,” said Andrea Chamblee, a volunteer with the Maryland chapter of Moms Demand Action for Gun Sense in America whose husband. John McNamara, was killed in the June 2018 shooting along with four other Gazette employees. “There are significant loopholes that endanger our families, including the loopholes corrected by this bill.”

The Home Act, if passed, would forbid landlords in Maryland from discriminating against would-be renters paying with government housing vouchers. The legislation has yet to be filed in either chamber of the General Assembly this year but was filed in each of the past three years. The Home Act has been opposed by housing and real estate agent associations that have said voucher programs burden landlords with more rules than they would otherwise face.

On his first full day as a common legislator, Sen. Mike Miller, D-Calvert, emphasized the need to address violent crime in Baltimore City and in the process touched off a conversation that attracted bipartisan enthusiasm. “We’re sitting here while Rome is burning,” Miller said in a speech on the Senate floor on Thursday. The governor has put forth this plan. I don’t know if it’s a good plan or not –assign 25 assistant attorney generals to the city or what have you – – but this is a problem we need to address. We really need to address it.

Commencement of the 441st legislative session of the Maryland General Assembly on Wednesday marked the first time in more than three decades since the Senate has had a new president. Sen. Mike Miller, who has led the upper chamber since 1987, is considered an institution in Maryland politics and is well-known on the national stage. Miller, who is 77, is battling prostate cancer and handed over his office to 36-year-old Sen. William Ferguson, D-Baltimore City. Ferguson, a teacher and an attorney, has served in the Senate since 2011. His rise to the upper echelon of Maryland politics comes less than a year after the death of four-term House Speaker Michael Busch culminated in the election of Del.

A day ahead of the start of Maryland’s 441st legislative session, Gov. Larry Hogan claimed overwhelming popular support throughout the state –  and Baltimore in particular – for a series of legislative proposals aimed at reducing violent crime. “Our bills have the support of more than 90% of people in Maryland and even higher support in Baltimore City,” Hogan said at a news conference on Tuesday at the State House in Annapolis. Hogan did not cite or indicate where he got the 90% figure from. “This absolutely must be job one for the legislature when they begin this session…Nothing is more important.”

MarylandReporter.com asked Hogan if he has spoken with Baltimore Mayor Bernard “Jack” Young about the proposals. “We’ve talked to Jack Young about this extensively and obviously we’ve been working together on this crime problem for quite some time and we’re hoping to get the mayor’s support,” Hogan said.

The new chairman of the Senate Budget and Taxation Committee, Howard County’s Guy Guzzone, sees a way forward by phasing in the recommendations without tax hikes – at least for the moment. “If you’re going to spend all this money, you want to see results,” Guzzone said in an interview. “What I believe by now at this point is that we have the resources right now to get this going. We have the resources to see improvements along the way.” “And we’re going to keep checking. And every time we check and realize that we’re succeeding and we’re reaching the next level of success, we can say, OK, let’s figure out how to fund that next level. I think that’s the right way to think about it.”

As Maryland moves toward all-electronic toll billing and constituents complain about high fines that total thousands of dollars in some cases, two lawmakers are working to reduce the penalties for late video toll payments. Drivers who go through toll facilities without paying are sent a video toll invoice. If the video toll is not paid within 30 days, the Maryland Transportation Authority (MDTA) issues a citation with a $50 civil penalty.

As battle lines harden over how much reform of public schools in Maryland will cost and who will pay for it, the argument has become just about money, and not the scores of moving parts in a comprehensive proposal that would drastically change education here. Lost in arguing about the billions more the changes will cost state and local taxpayers is the key fifth part of the recommendations from the Kirwan Commission on Innovation and Excellence in Education (p.122). It spells out in detail how a new super oversight board will hold the school systems accountable for how the money is spent.

State workers testify about attacks due to understaffing

State union employees told lawmakers Tuesday they are concerned that staff shortages — of about 2,600, according to a 2018 study — are causing safety issues, including some injuries, for employees at certain agencies.

Hundreds of Maryland laws go into effect Tuesday, spanning subjects from increasing the age to buy cigarettes and vapes to taxing online sales and banning bump stocks for firearms. Here is a short summary of more than 70 of the new laws, including a link to their full legislative history and slug lines that make the list easy to scan.