Former Baltimore firefighter Jamar Marvin Simmons and co-defendant Franklin Roosevelt Coit recruited women — many “unusually vulnerable,” federal prosecutors said — from as far away as Texas and South Dakota and made them work as prostitutes at this warehouse at 208 S. Pulaski St.

Baltimore has become a hub for human trafficking because of its interstate highways and proximity to major airports, city and state officials say. But few human traffickers are arrested, and even fewer are convicted — while police continue to make hundreds of prostitution arrests every year.

City police have made approximately 800 prostitution arrests a year on average, according to a Capital News Service analysis of FBI data from 2008 to 2012, the most recent statistics available. But Baltimore has charged only 10 suspects with sex trafficking since January 2013, a CNS review of court records showed. And prosecutors dropped all charges in eight of the cases.

The only conviction was on a separate charge, and one case is pending.

The relatively low number of traffickers taken to city courts does not reflect the true extent of the problem, said Tammy Brown, chief of external affairs in the Baltimore City State’s Attorney’s Office.

“I think we were having difficulty obtaining good evidence to move forward with those cases,” Brown said.

In an effort to ramp up enforcement in the city, Brown said the Baltimore Police Department agreed in early May to designate three detectives to investigate human trafficking full time and find more cases to bring to trial.

“Our hope is that as these detectives identify additional perpetrators and start doing more proactive work, the caseload would increase,” Brown said.

“As the cases come in, we’ll dedicate more resources on the attorney side to make sure they’re prosecuted, but right now they’re not there.”

Officer Rashawn Strong of the Baltimore Police Department said by email that the vice unit last year “changed direction into a more investigative unit.  We have directed our focus to combating this awful crime against women.”

Up until now, most Baltimore cases have been tried in federal court, where they are often more successful and carry tougher penalties, Brown said.

“If they can go federal that’s our preference,” she said, “because the feds have a lot more stringent laws in place that enable them and they can get greater sentences.”

Three years ago, when a Baltimore firefighter was suspected of trafficking women for sex, federal and state law enforcement officers investigated. Charges were brought in federal court.

The Maryland Child Exploitation Task Force — which is led by the FBI and includes state and local police officers — investigated.

The firefighter, Jamar Marvin Simmons, and a co-defendant, Franklin Roosevelt Coit, set up a prostitution business in Baltimore and recruited women from as far away as Texas and South Dakota, according to the U.S. attorney’s office in Baltimore. The women, plus at least one teenager, were poor, homeless “or otherwise vulnerable,” according to the U.S. attorney’s office.

The men pleaded guilty in federal court to sex trafficking of a minor, a 16-year-old girl. In December 2013, Coit was sentenced to more than 11 years in federal prison. Simmons was sentenced to 15 years. When they are released, both will have to register as sex offenders, the U.S. attorney’s office said.

The federal prosecutors, in statements released when Coit and Simmons were sentenced, thanked Baltimore and Baltimore County police, as well as the Baltimore state’s attorney, for their help. 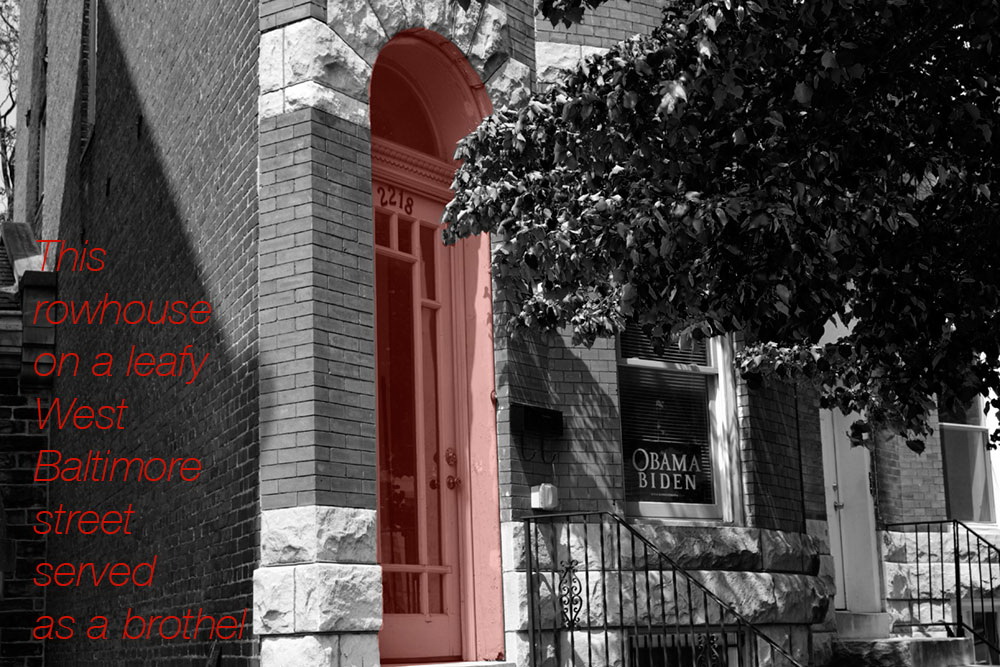 Getting victims to testify

Brown, of the Baltimore state’s attorney’s office, said that one of the difficulties with getting convictions in state court has been making sure victims are willing to testify against their traffickers.

“It really boils down to making sure they feel safe and they have somebody they can trust,” she said.

Lack of training is another reason police arrest victims of prostitution but fail to find the traffickers who controlled them, said Iona Rudisill, a task force member and lead forensic interviewer at the Baltimore Child Abuse Center.

“They were going after the person we see. We don’t really see pimps,” Rudisill said. “Pimps are very conniving, they are very smart, they are very wise and they are very deceptive…. They’re going to have other people who, if law enforcement gets close to them, those other individuals can take the fall for them.”

The center has been working with the governor’s human trafficking task force to train police officers, among others, to spot trafficking. “I think they’re getting there,” said Adam Rosenberg, executive director of the Baltimore Child Abuse Center.

Bills were introduced in the General Assembly in 2013 and 2014 to mandate police departments train their officers to recognize human trafficking, but they died in committee because funding was not attached to either bill, said Del. Jeff Waldstreicher, D-Montgomery.

“Traditionally in Annapolis we don’t mandate requirements of police departments about how they should train their officers without providing additional resources to do so,” Waldstreicher said. “Those bills had no appropriation attached to them. They were unfunded mandates of local police departments.”

Brown also said the state’s attorney’s office is applying for a grant to expand their screening process by having experienced social workers interview people brought into district court on low-level offenses who may be victims of human trafficking.

Baltimore City has a special docket in district court for prostitution but none specifically for trafficking. Brown said she hopes the increased partnerships with police detectives and social workers will bring in more cases so they can devote a special court to human trafficking.
Mara Bernstein contributed to this article.

State prepares for former inmates to sign up for Medicaid

Bills would phase out reduced funding for pensions