MANAGING COP BODY CAMS: Michael Dresser of the Sun reports that a commission in Annapolis has begun the complicated task of proposing rules for Maryland’s police departments to follow when their officers wear body camera. Should an officer be required to turn the camera off in certain situations? How long should departments have to store thousands of hours of videos? And who should be allowed to watch them?

BPW HOLDS OFF ON PUBLIC SAFETY CUTS: The Board of Public Works will defer action today on a proposal by Gov. Larry Hogan to cut 63 positions at the Department of Public Safety and Correctional Services, writes Michael Dresser for the Sun. Hogan spokesman Matthew A. Clark said the item, which was also postponed at the last board meeting July 16, will be withdrawn from the board’s agenda because of the expected absence of Treasurer Nancy K. Kopp. 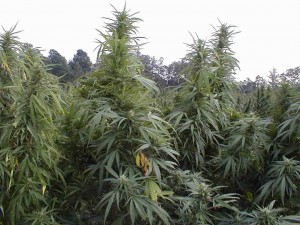 SKEPTICISM ON POT FARM: Medical marijuana advocates have been reaching out to Maryland jurisdictions, including St. Mary’s County, to see if they are interested in hosting cannabis plant farms. Jason Babcock of the St. Mary’s Enterprise reports that three of the five St. Mary’s County commissioners, after first hearing the marijuana pitches last week, said Tuesday they do not think it’s a good idea. But they would like more information.

TACKLING WMATA: Dels. Marc Korman and Erek Barron write in an op-ed in the Post that we helped establish the WMATA-Metro Work Group in the General Assembly to begin tackling some of the system’s issues. In the short run, we hope to provide another level of oversight for the system and help solve some problems, such as selecting new leadership, getting ahead of fiscal management and safety audit recommendations, improving service and expanding transit-oriented economic development around Metro stations. And then there are the long term goals.

HUMAN TRAFFICKING PART 3: In Part 3 of the Capital News Service series on human trafficking, we learn that while most of the attention is on trafficking of sex workers, the majority of people being trafficked is for labor in sweatshops, on farms, in restaurants and nail salons, on construction crews and custodial staffs and in American households.

RASCOVAR: CHEMO MATTERS: Political columnist Barry Rascovar responds to the backlash from his column about Gov. Larry Hogan’s attitude writing that: “Let’s be clear: The governor’s treatment for late Stage 3 non-Hodgkins lymphoma cannot be ignored. Everyone wishes Hogan a speedy return to good health. Doctors I’ve spoken to have been optimistic about his recovery chances given today’s advancements in chemotherapy. But the situation — and its ramifications for governing Maryland — cannot be swept under the rug.”

TAX FREE SHOPPING: If you run into Maryland Comptroller Peter Franchot while shopping for clothes or shoes this week or next, don’t be surprised, writes Lorraine Mirabella for the Sun. The comptroller on Tuesday kicked off his annual rounds of Maryland malls and retail districts to promote the state’s tax-free shopping week, which starts Sunday and runs through Aug. 15.

‘MONEY GUY’ SUES STATE ATTY GEN: Philip Rousseaux, the man behind the “The Money Guys” infomercials, is fighting to save his investment and insurance companies — and wants to use both the courts and the court of public opinion to do it. Rousseaux’s Everest Wealth Management, an insurance company, and Everest Investment Advisors, has filed a lawsuit against Maryland Attorney General Brian Frosh and the office’s Securities Division to battle allegations that the Towson firms committed fraud and violated securities laws, Joanna Sullivan reports for the Baltimore Business Journal.

AUDIT FINDS MISUSE OF FEDERAL GRANT:  Josh Hicks of the Post writes that federal auditors have found that two Maryland nonprofit groups overcharged the U.S. ­government to weatherize ­low-income homes and misused federal grant money, including to pay for a director’s home improvements and to cover personal credit-card expenses, according to federal auditors.

ERVIN GETS LABOR ENDORSEMENT: Former Montgomery County Council President Valerie Ervin on Tuesday won the endorsement of Maryland Working Families — a group with deep ties to labor — in her bid for the 8th Congressional District. The endorsement was not a surprise in that Ervin left her seat on the council in 2014 to take a position at a similar group in New York, but it does underscore the strong possibility Ervin will have at least some support from labor, reports John Fritze for the Sun.

J STREET B’MORE ADS BACK IRAN DEAL: A group supporting President Barack Obama’s nuclear agreement with Iran will begin airing a new television advertisement in Baltimore on Wednesday, the latest entrant into an escalating ad campaign in Sen. Ben Cardin’s home state. J Street, a left-leaning Jewish group that describes itself as pro-Israel and pro-peace, will spend $245,000 in the Baltimore market in coming days, writes John Fritze for the Sun.

FEDERAL POLICING HELP FOR CITY: Christopher Connelly of WYPR-FM reports that as Baltimore City continues to struggle with an unrelenting surge of murders and shootings, the city’s police department announced a new task force Tuesday to help stop the bloodshed. The announcement comes after Baltimore ended its deadliest month since 1972. A who’s who of law enforcement and elected officials stood outside the Baltimore Police Department with stern faces to announce the new task force. Sen. Barbara Mikulski said the arrangement gives city police access to the resources of five federal agencies.