Today, there are stories about the governor’s announcement that he wants to inject $100 million in state startup companies. The state submits its application for Race to the Top money, and we’ve got gubernatorial candidate comparisons on offshore oil drilling.

CITIGROUP CLOSINGS: CitiFinancial, the consumer lending arm of Citigroup, announced it plans to close 330 branches in the U.S., including six in Maryland, as part of its business reorganization and search for a buyer, Hanah Cho writes in The Baltimore Sun. 500 to 600 jobs will be cut, but it it is unclear how many Marylanders will be affected.

VENTURE CAPITAL: Gov. Martin O’Malley announced a plan Tuesday to invest $100 million in venture capital into state startup companies, drawing money from auctioned tax breaks for insurance companies, Scott Dance reports for the Baltimore Business Journal. But the plan requires the General Assembly to authorize the program — called InvestMaryland — and O’Malley will have to be re-elected. Hayley Peterson has the story for the Washington Examiner. And Gus Sentementes writes in The Sun that the planned investment could help prop up a sector that has seen a slump in venture capital investment.

RACE TO THE TOP: Maryland’s application for federal “Race to the Top” stimulus aid for education was one of 35 filed on Tuesday, according to Liz Bowie at The Sun. WBAL Radio uses Associated Press copy and reprints a press release on the Race to the Top cash.

OFFSHORE DRILLING: Annie Linskey of The Sun writes that Gov. Martin O’Malley has consistently opposed offshore drilling in Maryland. But while Democrats are accusing likely opponent Bob Ehrlich of being a strong supporter, his record doesn’t show much of a position.

DOORY: MarylandReporter.com skipper Len Lazarick continues our ongoing series, “Leaving the Legislature,” with a discussion with Del. Ann Marie Doory, who leaves to accept an appointment to the Board of Contract Appeals.

ELECTRICITY INFO: Jay Hancock writes in his column at The Sun that state regulators should make utilities provide updated information on electricity prices as soon as their supplies are secured. Residents now rely on Baltimore Gas & Electric and other companies’ “price to compare,” but that’ often outdated and confusing.

“NO-BRAINERS”: Bryan P. Sears writes in his Strange Bedfellows blog for Patuxent Publishing about the Baltimore County Professional Fire Fighters Associations and its endorsement of “no-brainer” candidates, raising the question of whether challengers are even considered for endorsements if they run against these candidates. Oh, and apparently Sen. Kathy Klausmeier is a no-brainer.

SHEWELL: Del. Tanya Shewell announced she will not seek re-election this fall, Adam Bednar writes in the Carroll County Times. She cited family as the main factor leading to her decision. 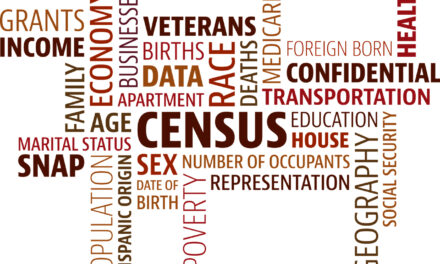