HOGAN EXEC ORDER MAY BE OVER-REACH: Maryland’s attorney general believes Gov. Larry Hogan may have exceeded his authority when he issued an executive order this month requiring all public schools to start after Labor Day and finish by June 15, Liz Bowie reports for the Sun. Several lawmakers had asked the attorney general’s office for a ruling after Hogan made his announcement on the Ocean City boardwalk last month. The governor declared that there would be a longer summer break, starting next year, for most school children in the state.

SZELIGA, VAN HOLLEN ATTACK: Rep. Chris Van Hollen (D-Md.) has a 30-point lead over  Del. Kathy Szeliga (R-Baltimore County) in the race to succeed retiring Sen. Barbara Mikulski. He has twice as much cash in the bank and far broader name recognition after 13 years in Congress and a bruising primary in the spring that drew national attention. But that did not stop Szeliga, the minority whip in the House of Delegates, from challenging Van Hollen on Saturday for his lack of experience in the private sector and arguing that she is better suited to help the middle class, writes Josh Hicks for the Post.

GAS DRILLING RULES TO MISS DEADLINE: Scott Dance of the Sun reports that state environmental regulators say they will not adopt rules to govern gas drilling in Western Maryland by Oct. 1, missing a legal deadline one year out from the expiration of the statewide ban on the controversial practice known as fracking. While officials said regulations are still expected some time this fall, the delay means details of how the state would manage risks to groundwater and public health remain unclear as debate intensifies over whether and how safely hydraulic fracturing might occur in Maryland.

MD 11th IN DRUG LOBBYISTS: Brian Witte of the AP reports in the Post that Maryland ranks 11th among states for the average number of lobbyists each year working for makers of prescription painkillers and allied groups, when drug makers’ lobbying hires are ranked using a ratio factoring in all lobbyist registrations in each state, a joint investigation by the AP and the Center for Public Integrity has found. Nationwide, companies that make prescription opioid painkillers and allied groups have spent more than $880 million from 2006 through 2015 on campaign contributions and lobbying over the past decade as they worked to influence state and federal policies, the investigation found.

ELLICOTT CITY GETS FED DISASTER TAG: Ellicott City, which experienced in July one of the worst floods in Maryland’s history, has been declared a major disaster by the federal government, making it eligible to receive federal assistance to help for the costs of the response and recovery of the devastating flood that killed two people, displaced hundreds of residents and heavily damaged scores of buildings. Gov. Larry Hogan (R) said he was notified about the declaration on Friday, Ovetta Wiggins of the Post reports.

CARROLL AGENDA EYES BIZ REGS: Del. Susan Krebs and Sen. Justin Ready have indicated that Carroll County delegation members would be interested in considering taking up statewide legislation that would call for the elimination of language in the Maryland Building and Rehabilitation Code that mandates businesses that move into a new building to make updates to the space related to Americans With Disabilities Act requirements, Heather Norris reports in the Carroll County Times.

RIGGED SYSTEM: Columnist Barry Rascovar for MarylandReporter.com writes “Maybe Donald Trump is right: The system is rigged. For proof, look at how interest groups are feverishly trying to “rig” Maryland’s choice of authorized marijuana growers and processors, writes  The Black Legislative Caucus wants to “rig” the selection procedure so that people of color get their share (and more) of the lucrative payoff from legalized pot-growing, despite their lack of high rankings in the objective selection process.

HOGAN, FRANCHOT TOGETHER: Republican Gov. Larry Hogan and Democratic state Comptroller Peter Franchot will appear together Oct. 21 at a breakfast meeting sponsored by the Greater Bethesda Chamber of Commerce and Bethesda Magazine. Bethesda Beat is reporting that Louis Peck, the magazine’s political editor, will moderate the discussion on a wide range of topics, including Hogan’s recent controversial decision to shift the start date of all Maryland public schools to after Labor Day. 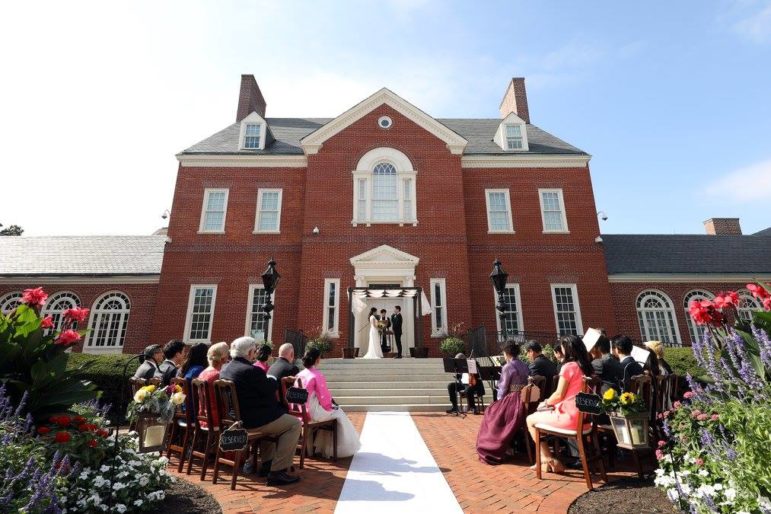 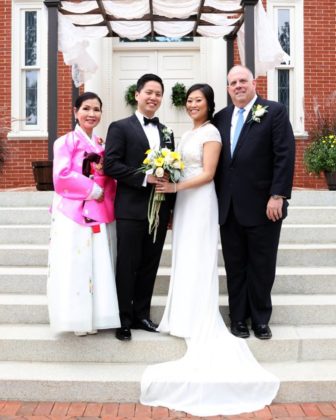 GOVERNMENT HOUSE PARTIES: While the wedding of the governor’s daughter may have been one of the largest ever thrown at Government House, the mansion has played host to many notables, according to the Sun. Mark Twain visited the mansion. So have Queen Elizabeth and several sitting presidents. One of Maryland’s earliest governors threw so many huge, raucous parties between 1782 and 1785 that the events earned their own nickname — governor’s routs — and inspired poetry.

RASKIN ANSWERS FALSE CLAIM: State Sen. Jamie Raskin (D-Montgomery) is accustomed to joking references about his home as “The People’s Republic of Takoma Park,” the suburban Maryland municipality known for its liberal politics and countercultural tradition. But, Bill Turque reports for the Post, at Saturday’s Germantown candidates’ forum, Raskin had to answer a less-friendly — and baseless — charge by his Republican opponent for Maryland’s 8th Congressional District seat that he’d been endorsed by the Communist Party USA.

A SCANDAL-FREE, ACTION-ORIENTED PROGRESSIVE: In an op-ed for the Salisbury Daily Times, retired teacher Geoff Smoot reflects on the many years Barbara Mikulski served in the U.S. Senate, writing that “Because of her pragmatic progressive actions, she served as a fighter from Maryland for making our democratic system work in spite of Republican and conservative obstinacy and obstruction. We also never saw a scandal or wrongdoing on her watch.”

TUSSLE OVER MO CO BOOZE BOARD: Emotions flared at the end of what could be Montgomery County’s Department of Liquor Control working group’s final meeting Thursday afternoon when a local labor leader got into an argument with a Chamber of Commerce president. Andrew Metcalf of Bethesda Beat reports that Jane Redicker, president of the Greater Silver Spring Chamber of Commerce, walked out of the room after she was continuously interrupted by Gino Renne, president of UFCW Local 1994 MCGEO, the local labor union that represents about 350 DLC employees.