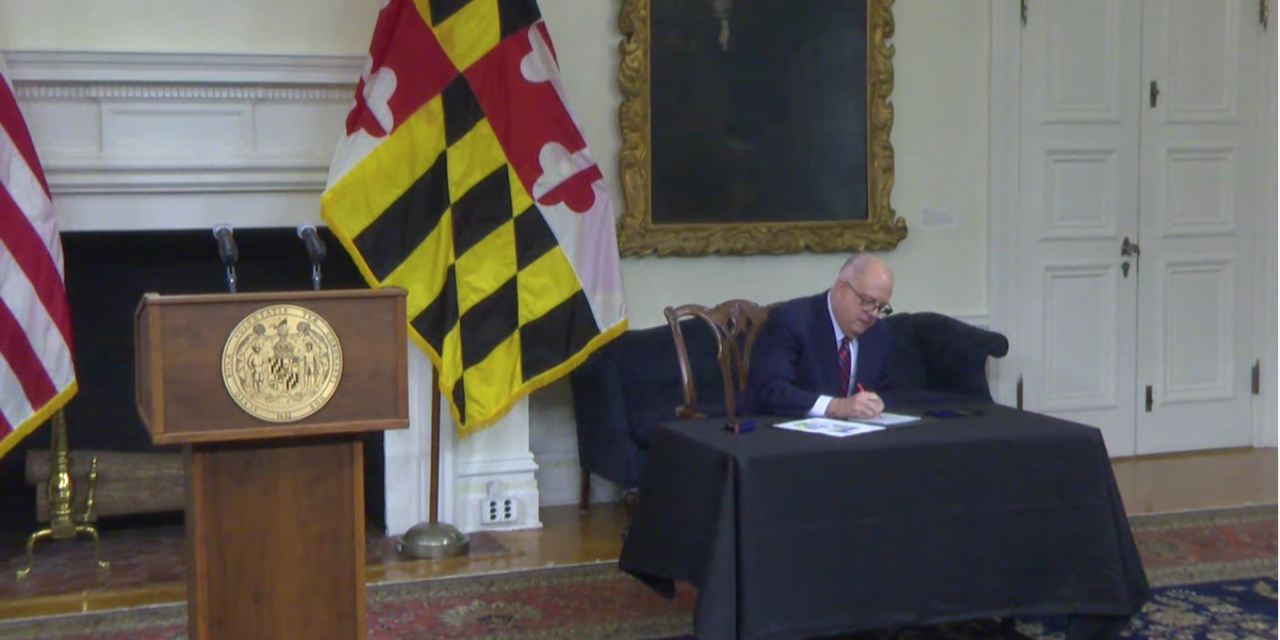 Gov. Larry Hogan Thursday vetoed congressional redistricting legislation favored by Democrats. Hogan took that action in the middle of an afternoon news conference at the State House in Annapolis. The veto comes less than a day after the Senate voted to send the legislation to his desk.

Earlier in the week lawmakers declined to advance opposing redistricting legislation that was based on the work of an independent citizen’s commission whose members were appointed by Hogan.

“On behalf of all the people of Maryland who value fairness and integrity in our elections and in our political system, I am vetoing these disgracefully gerrymandered illegal maps, which are a shameful violation of state and federal law,” Hogan said.

“This is not the end of the process. The courts will be the final arbiter, not the partisan legislature. These maps cannot and will not stand,” the governor added.

Hogan said he fully anticipates that lawmakers will vote to override his veto sometime before this week’s special legislative session concludes. Hogan said he felt the veto needed to be issued quickly so that legal challenges to the new law could also begin quickly.

At Thursday’s news conference, Hogan also blasted Democrats for thus far refusing to take up the administration’s key emergency crime bills and insisted that there is still time left in the special session for lawmakers to do just that.

“Legislators claimed that they just did not have time to even consider this critically needed emergency legislation. They are ignoring the out of control violent crime, the shootings, and murders, that are destroying Baltimore City. And they are ignoring the desperate pleas of more than 80% of the people of Baltimore and the rest of the state.”

Moreover, Hogan said that if lawmakers do not take up the crime legislation in the special session, he will reintroduce it in the regular legislative session which begins in January.

Wednesday saw Senate Republicans try to get enough signatures to approve a discharge petition to bring the crime legislation to the floor. Sixteen signatures were needed. All 15 Republicans in the body signed the petition but not one Democrat agreed to come on board.

The two bills in question, the Violent Firearms Offenders Act and the Judicial Transparency Act, were first introduced in 2020.