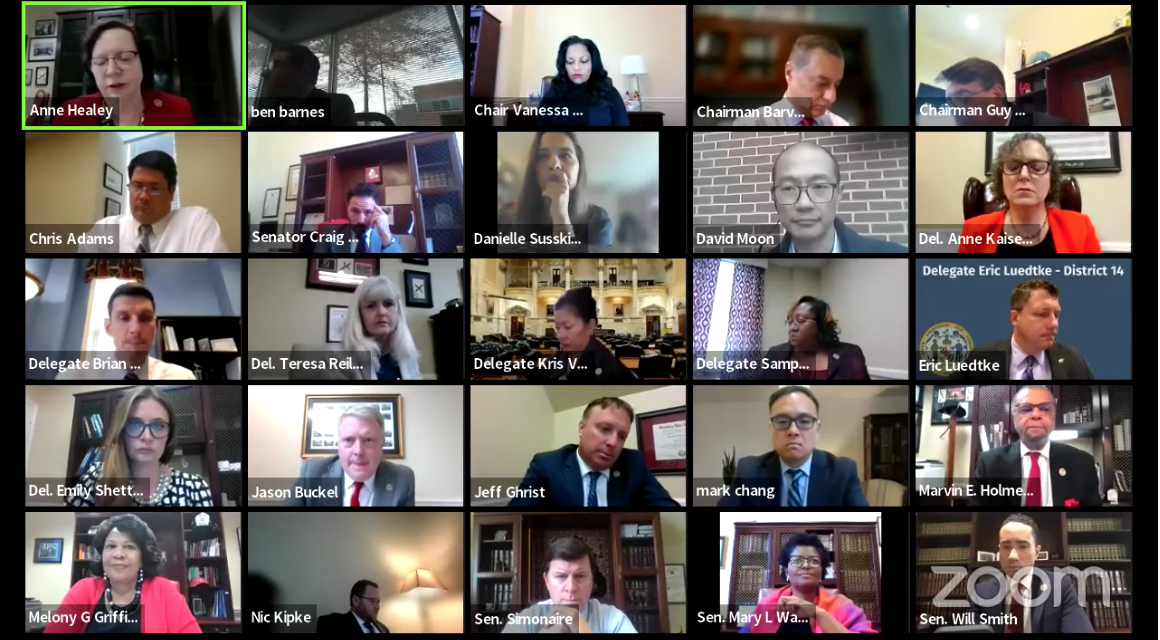 The debate over how to redraw Maryland’s eight congressional districts came to a head on Monday afternoon as the House Rules Committee voted along party lines to advance one redistricting map over an opposing map.

The Princeton Gerrymandering Project gave the citizens’ redistricting commission map an “A” grade in terms of political fairness. Conversely, the Project gave the General Assembly’s map an “F,” grade with regard to the same criteria.

The state’s congressional delegation currently consists of 7 Democrats and 1 Republican.

Maryland is widely considered one of the most gerrymandering states in the nation.

With the General Assembly’s map, the lone Republican in the delegation, Rep. Andy Harris, would conceivably face a more competitive election process, while the Democrats in the delegation would not likely experience significant political changes to the districts that they represent.

“Our map offers minimal splits of counties and municipalities. It offers a highly understandable layout of congressional districts so that people can describe their district in understandable terms, which is something that not all maps have done,” Walter Olson, a CATO Institute fellow and member of the citizens’ redistricting commission told the Rules and Executive Nominations Committee.

Alexander Williams Jr., a retired federal judge who also is a member of citizens’ redistricting commission, emphasized that the group solicited extensive participation in drawing its maps.

“In total, the citizens’ commission received 86 public map submissions. The commission also held public working sessions at the completion of public testimony in order to suggest and address modifications to maps, including discussions regarding the Voting Rights Act…There were nine of us on this citizens’ commission. We each had different thoughts. But we came together and we voted on these maps as we thought was the best solution to a very challenging and difficult issue.”

Diana Waterman, president of the Maryland Federation of Republican Women, was more blunt.

“Marylanders want fair redistricting, not another gerrymandered map. This is an issue that is not partisan. By voting in favor of HB002/SB002, every member of the legislature can show all of their constituents that there is indeed a bipartisan desire to do better than we have done in the past.”

But not everyone said they agree.

Karl Aro, who is chair of the Legislative Redistricting Advisory Commission (LRAC), said it would be imprudent to change congressional districts simply based on political pressure.

“The current districts that are on the map, despite their looks, represent communities of interest-as does the old map. And portions of these districts have remained together for quite a long time..and represent a commitment to following the Voting Rights Act, to protecting vital investments in Maryland, and fostering longstanding relationships.”

Sen. Melanie Griffith, D-Prince George’s, who also is an LRAC member, echoed similar sentiments to that of Aro.

“One of the things that I learned early on is the importance of the Voting Rights Act. It is critical that every state complies with the federal Voting Rights Act prohibiting against discrimination in voting and specifically the need to sometimes require the creation of districts where a racial minority will constitute the majority of a district’s voting-age population.”

The joint committee did not hold a vote on the citizen’s redistricting commission map.