Legislative leaders took a new approach to setting budget targets Tuesday, telling the governor and lawmakers that they wanted to see the persistent $2 billion structural deficit cut by a third next year, meaning a $670 million real reduction in general fund spending.

The Spending Affordability Committee, made up of 21 fiscal leaders in the General Assembly, abandoned setting a percentage target for budget growth as they had for the last 28 years — a target sometimes disregarded by governors.

“We’ve been using non-structural solutions to balance the budget,” Warren Deschenaux, the legislature’s fiscal policy chief, told the lawmakers. The state has been using one-time things like transfers of special funds and federal stimulus dollars to balance the books.

Maryland’s constitution requires the governor to submit and the legislature to pass a budget where revenues exceed spending. A structural deficit occurs when spending mandated by formulas, contracts or higher prices outstrips the revenues actually coming in.

The Department of Legislative Services has estimated that two-thirds of the General Fund budget is driven by mandates, which the legislature must consistently reduce to keep the budget in check.
The biggest mandate, the massive increase in public school funding commonly called Thornton aid, was passed in 2002 without a funding source. This mandated aid helped create “structural deficits” in following years.

The deficits were supposed to be cured by $1.4 billion in tax increases passed in a 2007 special session – just as the recession was about to begin.

Republicans on the Spending Affordability Committee pressed for reducing the entire structural deficit in the fiscal 2012 budget they will get from Gov. Martin O’Malley in January.  “We should take the leadership role that we were elected to take,” said House GOP leader Tony O’Donnell.

But Democrats insisted that was too drastic.

Sen. Richard Madaleno, a Montgomery County Democrat who proposed the one-third reduction in the deficits, compared the need to cut the deficits to a New Year’s resolution to lose weight.

“I can say, ‘I’m going to lose 100 pounds,’ but I know that’s not going to happen,” he said. Reducing the structural spending by a third each year was a more realistic goal, he said.

Sen. Ed Kasemeyer, chairman of the Senate Budget and Taxation Committee, said, “We need a reasonable short term plan to get us out of this mess.”

Senate President Mike Miller said all the cuts necessary were “going to be very difficult to swallow.” Miller had a budget meeting with O’Malley on Monday.

“He was not in a happy mood,” Miller said. “He told us he’s going to cut education.”

Senate Minority Leader Allan Kittleman said the committee should be honest and say that general fund spending would actually go up 10% as state taxpayer dollars are used to fill the loss in federal funds.

Del. John Bohanan, a St. Mary’s Democrat who chairs the affordability panel, said the new approach to spending limits “puts real teeth in what used to be guidelines.”

The committee also rejected O’Donnell’s proposal to cut the state government workforce by 1%, rather than just the 500 positions the legislature ordered cut in this year’s budget.

Democrats argued that O’Malley plan to offer buyouts to workers should be allowed to run its course. 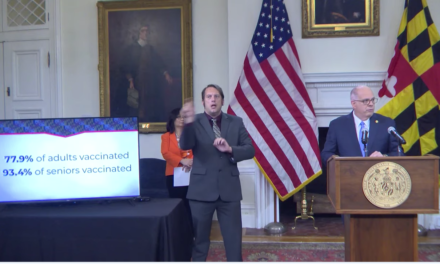