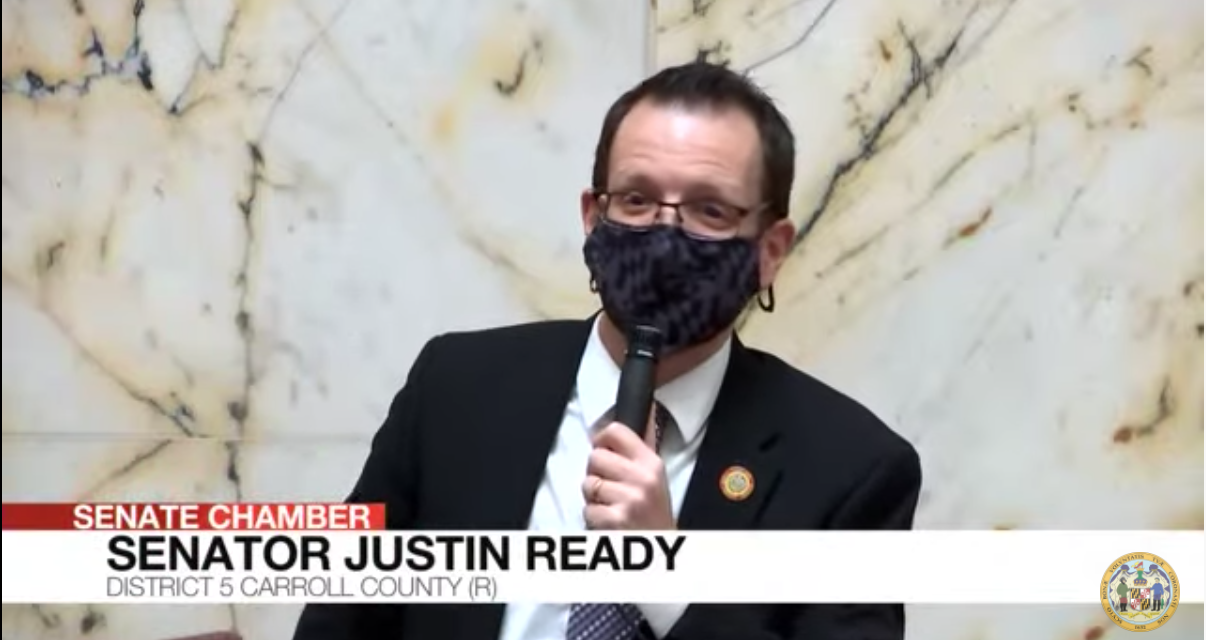 The Senate on Wednesday evening voted 32-15 to recommend the adoption of a congressional redistricting map that was developed by a bipartisan legislative commission and is supported by Democratic lawmakers.

The House of Delegates voted to approve the legislation on Tuesday. It now heads to Gov. Larry Hogan’s desk where it is likely to be vetoed.

Lawmakers declined to advance an opposing redistricting map that was developed by an independent citizen’s commission whose members were appointed by Hogan.

Wednesday saw about three hours of intense debate over two-floor sessions on the legislative commission’s map, and the rejection of a Republican amendment that would have substituted that map with the map favored by Hogan.

“How did we get to a place where a district can stretch from the Conowingo Dam all the way to Wheaton,” Sen. Justin Ready, R-Carroll, who is the Minority Whip, said during the debate.

Sen. Jason Gallion, R-Cecil and Harford, urged the Democrats not to opt to maintain gerrymandered congressional districts as Republicans have in states like Texas.

“If our main goal is just to keep that status quo, maybe we should rename this bill to the majority party incumbent protection act of 2021.”

Sen. Delores Kelley, D-Baltimore County, said it is not reasonable to expect the state’s congressional districts to be geographically compact given the physical shape of Maryland.

“We have an inherently strangely geographically configured state. We did not do it. God did it or nature did it. And it is very difficult to have the extent of parallelism and so on that some people on the floor are talking about today. Then it is carved almost from north to south by the Chesapeake Bay…It makes it hard to do just geographically what in terms of the guidelines for redistricting is required.”

Sen. Bryan Simonaire, R-Anne Arundel, who is the minority leader, said Republican input was kept to a minimum in the development of the legislative commission’s redistricting map.

“These truly are the Democrats’ maps.”

Simonaire followed up by saying Democrats rendered the “people’s voice secondary in this (redistricting) debate.”

Moreover, Simonaire said the outcome of the process was largely predetermined from the start.

Sen. Edward Reilly, R-Anne Arundel, noted that the legislature may not have the final word in the congressional redistricting debate because the “courts” may be called upon to intervene at some point.

And Reilly may be correct.

“If President Biden’s Department of Justice can sue Texas over accusations of denying voting rights to minorities, then the people of Maryland deserve to have their case heard in court as well. The legislature may have temporarily achieved their partisan goal today, but we can assure them that the courts will have the final say on this matter. We’ve not yet begun to fight.”

Seven of the state’s eight congressional seats are occupied by Democrats.

In terms of voter registration, Democrats have a 2-1 advantage over Republicans.