The final House of Delegates tally board on congressional redistricting.

As he did for the House committee, Howard Gorrell, a longtime advocate for fair congressional districts, compares the statements of Democratic senators with their votes in committee.

The decennial Senate Standing Committee on Reapportionment and Redistricting voted 10-4 on straight party lines Wednesday to send to the Senate the congressional map drafted by the Legislative Redistricting Advisory Committee, which was given an ‘F’ rating for fairness by the Princeton Gerrymandering Project.

Most Senators might forget their own 2018 campaign promises on redistricting on the 2018 MDLWV Voter’s Guide. Some showed strong support for an independent commission to draw district lines back then, and on Wednesday, they supported a map drawn by their partisan leaders.

Here are the Democratic answers to the Question on the Redistricting asked by the League of Women Voters of Maryland: “What changes, if any, do you support in the process for drawing congressional and legislative district lines in Maryland?”

“I believe that redistricting is an issue that should be addressed on a federal level, but am open to looking at any ideas that would promote fair representation and equal voting power.”

“I support the creation of a non-partisan, independent body to draw legislative and congressional district maps. It is important that natural, contiguous communities have unified legislative representation, dividing neighborhoods and towns into multiple districts has a very negative effect on their ability.”

“I favor redistricting by an impartial independent commission as long as this process is adopted by all 50 states so that no party is given an undue advantage.”

“Ideally, there would be national reform whereby no state could improperly draw district lines. Last year, I supported legislation that would establish a nonpartisan commission to draft the state’s congressional districts with a Mid-Atlantic Regional Compact, including New York, New Jersey, Pennsylvania, Maryland, Virginia, and  North Carolina. I support this as a good first step.”

“A comprehensive federal measure, instead of piecemeal by the state to ensure congressional & legislative restricting is conducted by an independent commission of multi-partisan, unaffiliated voters, diverse members and stakeholders with an opportunity for public input and a process and standards that support fairness and effective representation.”

“If reelected to serve in the Senate, I will support measures to institute an independent commission to oversee the upcoming redistricting procedures.”

“First, we must ensure full and accurate participation in the 2020 Census. A repeat of the 2010 undercount of Baltimore City residents will be the single most threat to redistricting. Additionally, I support the concept of a non-partisan, equitable and independent body and process to implement and make recommendations for decennial redistricting of congressional and legislative districts.”

“I supported the regional proposal that the Governor vetoed. I think redistricting is a national issue. Congress should do it, or the Supreme Court should set guidelines. The state by state approach penalizes Maryland. Congress is made up of representatives of all fifty states. If it is only done by states of one party, it throws us out of balance even more than we are now.”

“The issue of gerrymandering is a national problem that requires a national solution. However, the federal executive branch and Congress have failed to act, so it has been left up to the states. In the past, I have sponsored legislation that creates an independent redistricting commission. I am against gerrymandering and have led efforts to end it.” 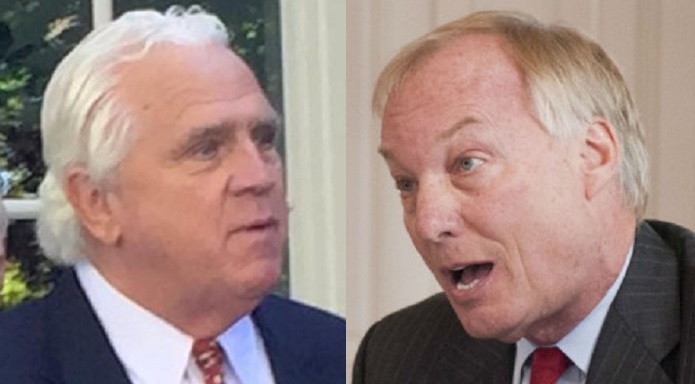