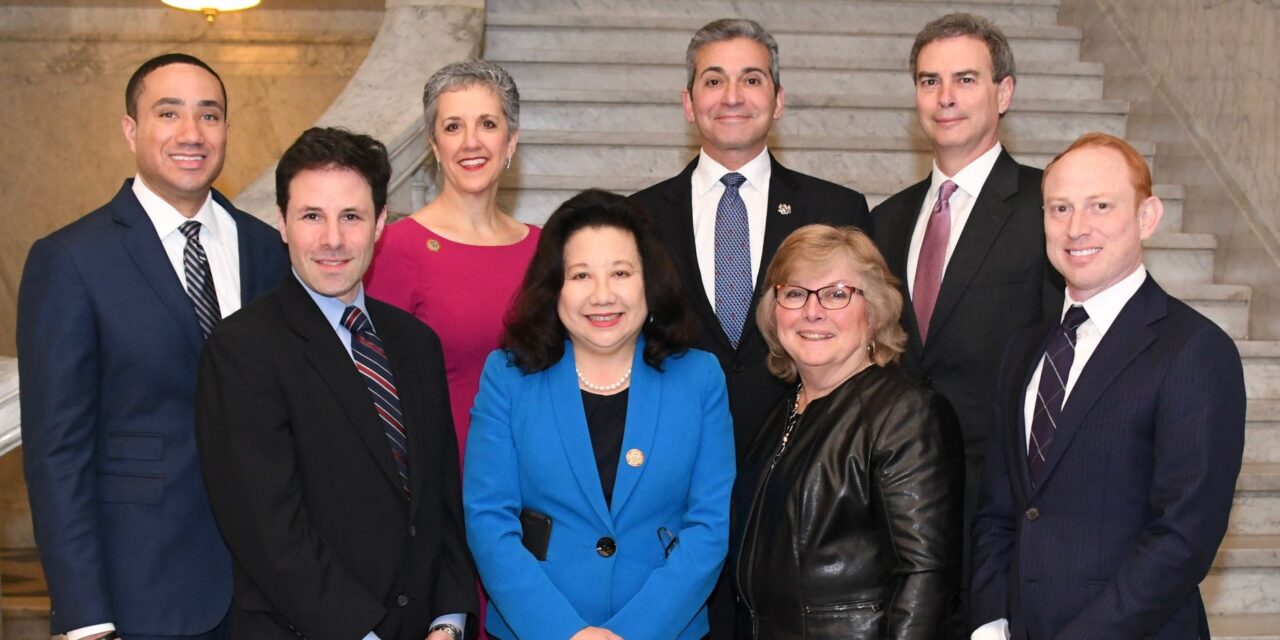 HOGAN ANNOUNCES NON-PARTISAN REDISTRICTING PANEL: Gov. Larry Hogan issued an order Tuesday to establish a redistricting commission that will be composed of ordinary citizens and is tasked with making the state’s congressional and legislative districts more competitive. Maryland has some of the most gerrymandered congressional districts in the nation, Bryan Renbaum reports for Maryland Reporter.

SESSION STARTS WITH CULTURE SHIFT IN ANNAPOLIS: The resurging coronavirus pandemic is forcing a culture shift in the state capital of Annapolis, where in past years the business of lawmaking happened in impromptu hallway meetings and during dinner receptions almost as often as in hearing rooms. The 442nd session of the Maryland General Assembly that begins today has been stripped down to a mostly online operation, Pamela Wood of the Sun reports.

NEW RULES FOR 2021 SESSION: The rules for this year’s General Assembly have changed to meet the challenges of the coronavirus pandemic. Hannah Gaskill of Maryland Matters finds the answers to questions on what to expect.

ANNAPOLIS BUSINESSES SEE LESS-PROSPEROUS SESSION: Like nearly everything since March — including last year’s shortened General Assembly session — the coronavirus pandemic is expected to cut into activities that Annapolis business owners have relied on for years. Now they are bracing for a less prosperous start to the year as the General Assembly kicks off a stripped-down session today, Brooks DuBose of the Capital Gazette reports.

WHO ARE THE FRESHMEN? Several Democrats and Republicans have been appointed to the legislature in the nearly 10 months since the 2020 session’s abrupt end in the early days of the pandemic. Others are taking on new roles in the upcoming session. Bennett Leckrone of Maryland Matters writes about the freshmen members.

STATE VACCINE DISTRIBUTION SPEEDING UP: Maryland has no immediate plans to overhaul its coronavirus vaccine distribution plans to begin injecting all seniors earlier, Gov. Larry Hogan said Tuesday, despite top Trump administration officials urging states to do just that. Hogan said the speed of vaccinations in Maryland, a cause of serious concern and criticism two weeks ago, has picked up dramatically, Bryn Stole and Meredith Cohn of the Sun report.

NEW COVID STRAIN IN ANNE ARUNDEL: Pamela Wood of the Sun writes that Gov. Larry Hogan announced on Tuesday that the first two cases of a new, more contagious variant of the coronavirus have been detected in Maryland.

WHAT SCHOOL RETURN LOOKS LIKE IN MARYLAND: While about half of students in the country will be able to go back to their school buildings the first week of January, those in Central Maryland will remain glued to computer screens in their bedrooms and kitchens with no clear idea of when they might get back to in-person classes. McKenna Oxenden of the Sun reports on what each district is doing.

RUTHERFORD EYES SUMMER SCHOOL TO AID LEARNING LOSS: School students in Maryland and their parents should be preparing to be in school this summer to overcome the learning deficits that have happened due to lack of in-person schooling during the COVID pandemic, Lt. Gov. Boyd Rutherford said in a Zoom interview with Len Lazarick of Maryland Reporter.

TEST BACKLOG ACCOUNTS FOR FREDERICK COVID SPIKE: Frederick County smashed the daily record for COVID-19 infections Tuesday, as the novel coronavirus showed no signs of abating nearly a month into the vaccination effort, Greg Swatek of the Frederick News-Post reports. The spike, however, was in part due to a processing backlog of COVID-19 tests at Frederick Health Hospital during a 48-hour period over the weekend that has since been resolved.

OPINION: TIME TO DITCH STATE SONG: In a column for Maryland Reporter, Ginger Macomber opines that “the legislature has another chance to repeal Maryland’s Confederate state song Maryland, My Maryland this session. It must take action to finally stop honoring the Lost Cause and send a strong message that all are welcome in Maryland.”

ANNAPOLIS PREPARES AFTER FBI WARNS OF THREAT: As tensions rise over possible threats to state capitals by supporters of President Trump, Maryland’s Capitol Police are coordinating with Annapolis, Anne Arundel County and Maryland State police forces to defend the State House complex from any threats this weekend. However, the governor said police are not aware of a credible, specific threat against the Annapolis complex, Washington Post staff report in a roundup of what is happening in the D.C. area.

RASKIN’s COURAGE, FACING GRIEF, TERROR: U.S. Rep. Jamie Raskin returned home sometime after 4 a.m. last Thursday, after Congress finished certifying the election results in the shadow of a mob invasion, and tried to get some rest. “I haven’t been sleeping a lot since we’ve been without Tommy,” Raskin (D-Md.) acknowledged. It has been less than two days since he buried his son, Meagan Flynn and Erin Cox of the Post report.

JUDGE DELAYS MARYLAND MAN’s EXECUTION: A U.S. District judge in Washington has delayed the execution of two federal inmates, including a Maryland man scheduled to die Friday, the last of a group ordered to be executed by the Trump administration in its final days in office, Jean Marbella of the Sun reports.

SEN. CASSILLY’s FATHER DIES: Robert Rogers Cassilly Jr., the patriarch of his Harford County family who was in the military during World War II, the Korean War and the Vietnam War, died of old-age complications Jan. 4 at his Bel Air home, writes Jacques Kelly for the Sun. He was 95, and the father of state Sen. Robert G. Cassilly, a Republican from Harford County.