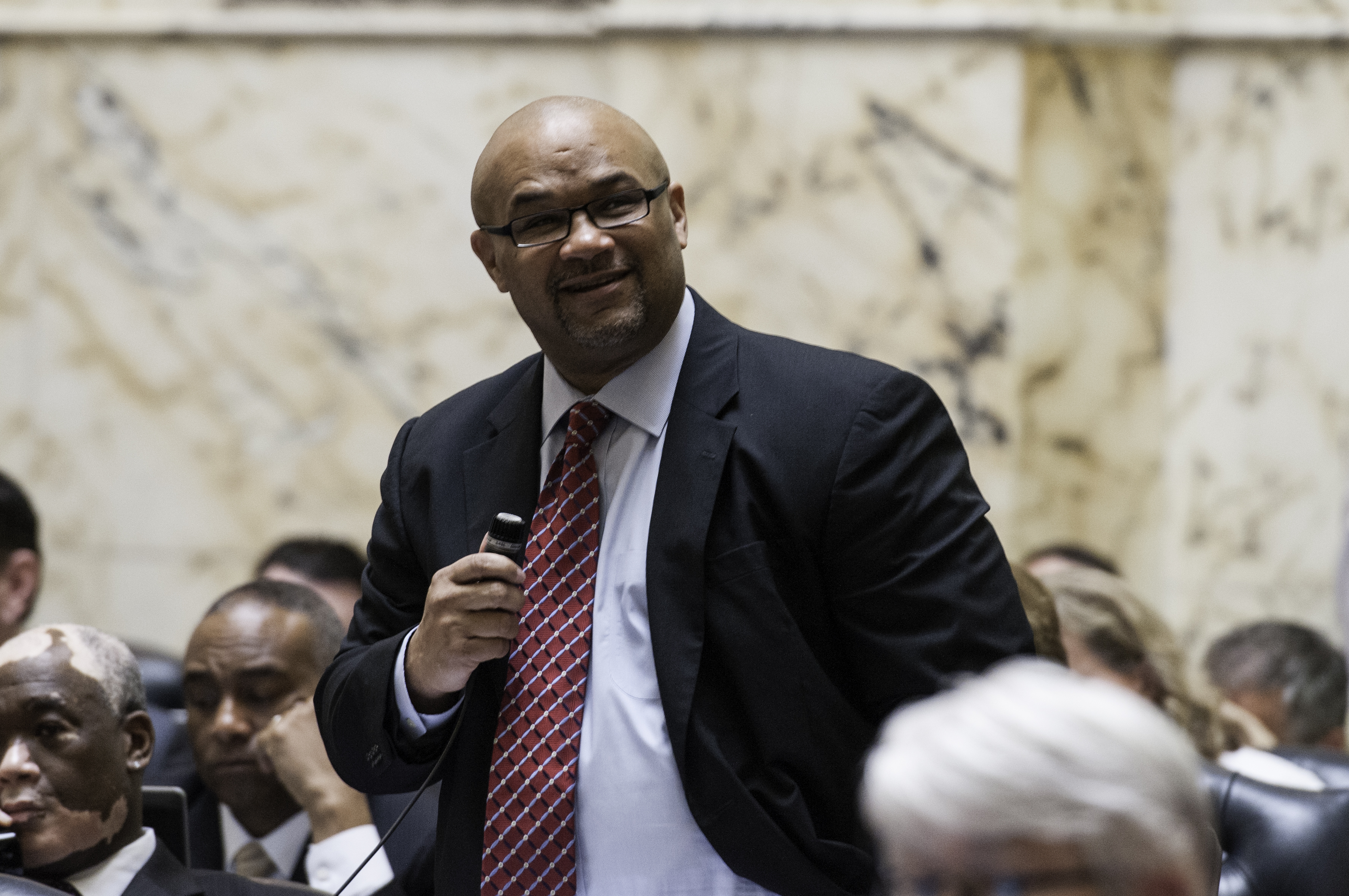 Del. Dereck Davis was nominated to be state treasurer by a special joint committee. MarylandReporter.com photo

PANEL RECOMMENDS DEL. DAVIS AS STATE TREASURER: A panel of Maryland state lawmakers voted Monday to recommend Del. Dereck Davis to become the state’s next treasurer. The Special Joint Legislative Committee to Select the State Treasurer voted 10-0 for Davis, a Prince George’s County Democrat who has been the House Economic Matters chairman. The Associated Press.

JOBLESS MARYLANDERS SUE STATE OVER BENEFITS PROBLEMS: A group of unemployed Marylanders has filed a proposed class-action lawsuit against state Labor Secretary Tiffany Robinson, claiming that the problems they faced in receiving jobless benefits violate federal law. The group is also seeking an injunction that would force Maryland’s Department of Labor to speed up its handling of unemployment claims. Madeleine O’Neill/The Daily Record.

ENVIROMENTALISTS SEE HOPE IN UPCOMING SESSION: Environmental advocates are confident that a state constitutional amendment to guarantee the right to a healthy environment will receive renewed attention and vigor in the next legislative session. Del. Wanika Fisher (D-Prince George’s) sponsored a bill last legislative session, which would have placed the right to a healthy environment under constitutional protection. She is planning to reintroduce the measure come January. Elizabeth Shwe/Maryland Matters.

LONG-AWAITED CSX TUNNEL EXPANSION TO GET UNDER WAY: The long-awaited Howard Street Tunnel expansion, which will allow for double-stacked rail travel to and from the Helen Delich Bentley Port of Baltimore, broke ground Monday afternoon after years of delays and setbacks. “This is an absolute game changer, not just for Maryland, for the entire region,” said Gov. Larry Hogan, standing on the tracks at the historic Mount Royal Station. Johanna Alonso/The Daily Record.

OPINION: McGRATH SAYS HOGAN MISREPRESENTED FACTS: In a column for the Sun, embattled former Hogan administration aide Roy McGrath criticizes his former boss, Gov. Larry Hogan, opining that, Hogan “seems to have a problem correctly remembering facts related to my tireless work for him and Maryland. Worse, his thanks to me for years of loyal support and service has been to join with far-left Democrats in publicly maligning me. Over the course of more than a year, I have watched, largely in silence, as my friend and three-time boss misrepresented important facts about my departure — calculatedly shifting his explanation until finally washing his hands of me, like a modern-day Roman governor.”

WITH NEW COVID VARIANT, FREDERICK OFFICIALS EMPHASIZE PROTOCOLS: As concern mounts across the world regarding the new omicron variant of the coronavirus, the Frederick County Health Department said the best methods for suppressing the spread of the virus remain the same: testing, vaccination, isolation for those ill or infected and quarantine for those exposed. Angela Roberts/The Frederick News Post.

COURT: DEBT COLLECTORS MUST PROBE DEBTOR’s CLAIM: Law firms engaged in debt collection have a duty under Maryland consumer protection laws to investigate a debtor’s claim that the money is not owed before pursuing collection efforts, Maryland’s second highest court ruled last week in enabling a widow who was threatened with foreclosure to pursue her lawsuit against the law firm that acted as a substitute trustee for the bank. Steve Lash/The Daily Record.

MO CO TAKING IN MORE UNACCOMPANIED MINORS THAN EXPECTED: Montgomery County has received more than 1,200 unaccompanied children this year, as the entire region takes in more minors than expected. The latest figures were shared Monday during a joint meeting of county and school district representatives. Steve Bohnel/Bethesda Beat.

FREDERICK RESIDENTS TO GIVE INPUT ON COUNCIL REDISTRICTING: Frederick County residents will have an opportunity Tuesday to comment on a redistricting proposal that would shift County Council precincts in Libertytown and Unionville, though council members expect little to no input. Jack Hogan/The Frederick News-Post. 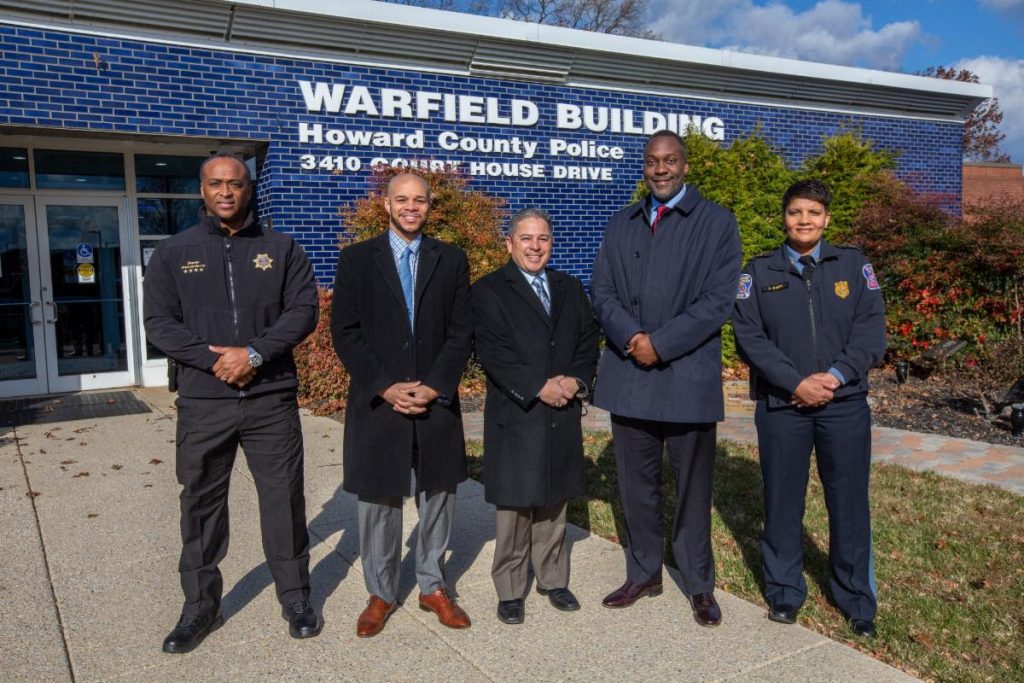 BA CO RESIDENTS GIVE INPUT ON ARPA FUND SPENDING: Baltimore County Executive Johnny Olszewski Jr. on Monday sought community input on how to spend part of the $160.7 million allocated from the pandemic relief bill enacted by Congress earlier this year to ease the economic pain and societal turmoil caused by the public health disaster. Margaret Chadbourn/WBFF-TV.