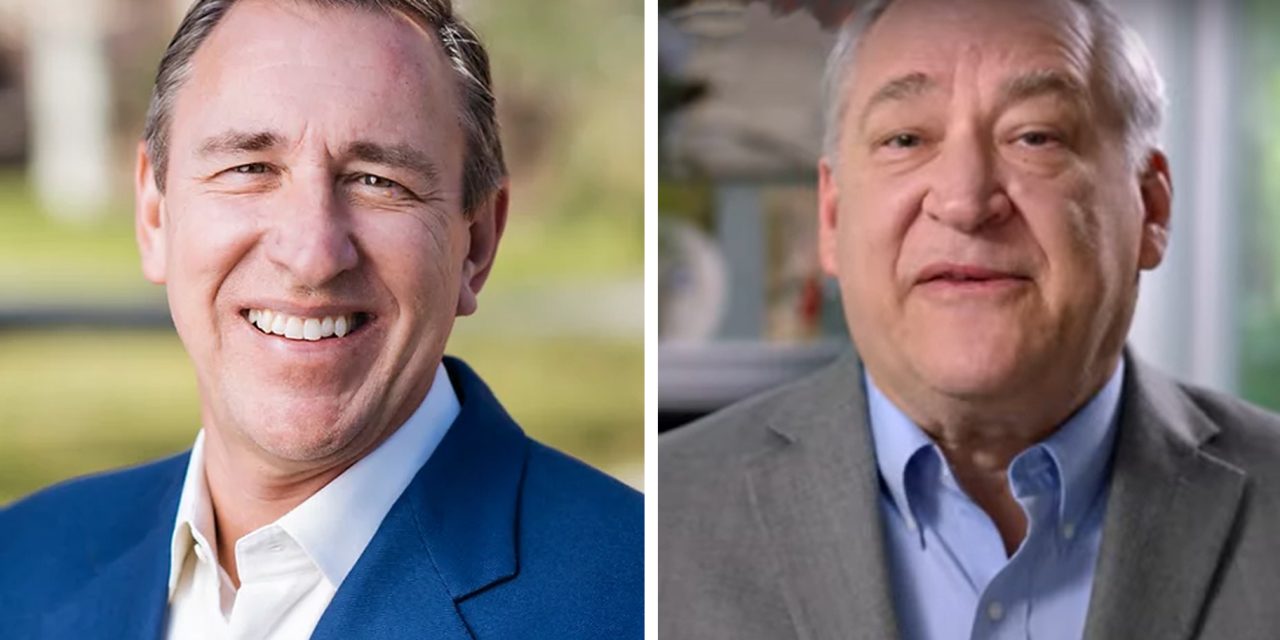 David Blair, left, to ask for a recount after incumbent Marc Elrich declares victory with a 42-vote lead. Images from campaign websites.

EHRLICH TO FOCUS ON FUND-RAISING FOR GOP CANDIDATES: Former Gov. Bob Ehrlich said his job is to be “the unity guy” as the Maryland GOP tries to make headway in the general election. But he made it clear he views his role to be somewhat narrow. He said he will not be popping up on the local news, handling post-debate spin room duties, or serving as an ambassador for the controversial duo at the top of the GOP ticket. Rather, he said, he intends to dedicate the bulk of his time to fundraising for GOP candidates up and down the ballot. Bruce DePuyt/Maryland Matters.

OPINION: COX PICKS A QUESTIONABLE CAMPAIGN MANAGER: GOP gubernatorial candidate Dan Cox has hired a new campaign manager is Zach Werrell, best known for being the architect of Dave Brat’s upset victory over then-House Minority Leader Eric Cantor in Virginia in 2014. He managed a few other campaigns, though none notable, although he was campaign manager of anti-Trump Congressman Denver Riggleman’s brief campaign for governor of Virginia in 2017. One national political consultant said that he was not impressed with Cox hiring Werrell. “Dave Brat didn’t bring him back for a reason. He’s known to be a joke within the industry.” Brian Griffiths/The Duckpin.

OPINION: PEROUTKA WOULD NOT ENFORCE LAWS: If by some tragic fluke right-winger Michael Peroutka ended up as attorney general, he would have little interest in enforcing environmental laws. Under the headline: Unlawful Acts Of Congress Are Not Binding On Your County, Peroutka writes that the Clean Water Act “is not law. In fact it is null and void and of no effect…. There is no reason, therefore, for the State of Maryland or for the County of Anne Arundel to comply with any standards or requirements published by the Environmental Protection Agencyor any other federal agency or department.” Dan Rodricks/DanRodricks.com

SNAP BENEFITS USERS DROP: Nearly one in five Marylanders participating in a federal food assistance program dropped from the rolls between March and May, according to online Maryland Department of Human Services data. Brendoa Wintrode/The Baltimore Banner.

OPINION: BARRY GLASSMAN’s TIME? The odds definitely favor Brooke Lierman (D), the Baltimore City delegate, in the general election for comptroller this fall. Lierman’s Republican opponent, Harford County Executive Barry Glassman, is the most solid and qualified GOP nominee in several generations. He’s well known and well liked in Maryland political circles. But all that could be blotted out by the turn the state Republican Party has taken this election, nominating seemingly unelectable candidates for governor and attorney general. Josh Kurtz/Maryland Matters.

FORMER GOP DELEGATE CANDIDATE SUES COUPLE: St. Leonard resident and local business owner Kevin Merillat’s campaign for the House of Delegates came up short in the recent Republican primary. However, his effort to defend his reputation is just getting started. On July 6, Merillat filed a lawsuit against a Lusby couple seeking $1 million in compensatory and punitive damages for alleged statements made on social media this past May accusing him of a being a racist. Marty Madden/Southern Maryland News.

DESPITE ALLEGATIONS, MAN MOVED FROM ARMY POSTINGS: A former police chief was able to move between postings at U.S. Army bases, including Aberdeen Proving Ground, despite allegations that he sexually harassed women at one base and that his poor behavior may have played a role in a co-worker’s suicide, according to Army documents obtained by the Wisconsin State Journal. Staff/The Associated Press.

CONFEDERATE STREAMERS LIKELY TO BE REMOVED FROM STORIED DUNDALK BATTALION: A national Naming Commission tasked with reconsidering Confederate ties among the names of U.S. military installations and symbols is on the verge of eliminating the place of honor for Confederate symbols allowed to units such as the fabled Dundalk-based 1st Battalion, 175th Infantry Regiment (5th Maryland), better known simply as the 175th Infantry Regiment, of the Maryland Army National Guard, some of whose members served the Confederacy during the Civil War. Jonathan Pitts/The Baltimore Sun.

MAN WHO OVERSAW GROWTH AT PG COMMUNITY COLLEGE DIES AT 92: Robert I. Bickford, who led Prince George’s Community College for 27 years, overseeing its growth into one of the county’s major centers of professional training and educational advancement, died Aug. 3 at his home in Bowie. He was 92. Emily Langer/The Washington Post.