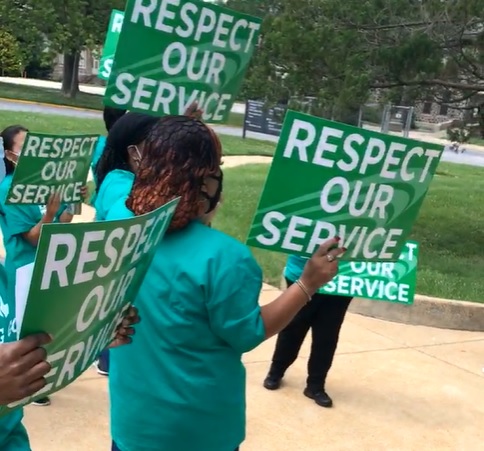 COVID BUSINESS LOAN, GRANT DISPARATIES HIGHLIGHTED: Bryan Renbaum of Maryland Reporter writes that Comptroller Peter Franchot Wednesday emphasized the importance of ensuring accountability and continued oversight over the distribution of the billions of dollars in pandemic assistance that Maryland’s businesses received from both the state and federal government over the past 14 months.

INVESTOR SUE EMERGENT, SEEKS CLASS ACTION: Emergent BioSolutions Inc.’s ruination of 15 million doses of COVID-19 vaccine at its Baltimore plant was not as unexpected as the Gaithersburg-based company would have the public believe, an investor has alleged in a potential class-action lawsuit accusing the business of having committed securities fraud, Steve Lash reports in the Daily Record.

BALTIMORE SAYS NO TO MAGLEV: Baltimore officially came out against the proposed high-speed Northeast Maglev train to Washington, recommending against building it due to concerns about equity and the project’s effects on the environment, Colin Campbell of the Sun reports.

FREDERICK POLICE PLAN CRISIS RESPONSE TEAM: The Frederick Police Department plans to unveil a new program in July that will create a special crisis team of a police officer, a paramedic and a mental health professional that can respond to calls involving people in the midst of a mental health crisis, Ryan Marshall of the Frederick News-Post reports.

MO CO TOUTS AMBITIOUS CLIMATE PLAN: Before several Montgomery County leaders unveiled a climate action plan on Wednesday, County Executive Marc Elrich admitted that its aims are ambitious. The plan seeks to eliminate greenhouse gas emissions in the county by 2035, and cut them 80% by 2027. Elrich said those goals might seem out of reach, but given the threat of climate change, government officials must pursue them, Steve Bohnel of Bethesda Beat reports.

B’MORE PARKING GARAGE CONTRACT CALLED ‘HUGE OVERSIGHT:’ A “very huge oversight” will cost Baltimore $3.5 million to operate several parking garages in the city based on an agreement approved unanimously Wednesday by the city’s spending board. When the Board of Estimates approved the award in June 2019, members were told the contract was for only $36 — the total amount of the company’s management fee. That figure, in fact, was a “clerical error” by the city’s former procurement officer, Emily Opilo of the Sun reports.

FORMER SEN. HOFFMAN, 81, DIES: Former Democratic state Sen. Barbara A. Hoffman, who worked tirelessly as a supporter of environmental and public education initiatives during her years in the legislature, died of cancer Sunday at her Cheswolde home. She was 81, Fred Rasmussen of the Sun reports.