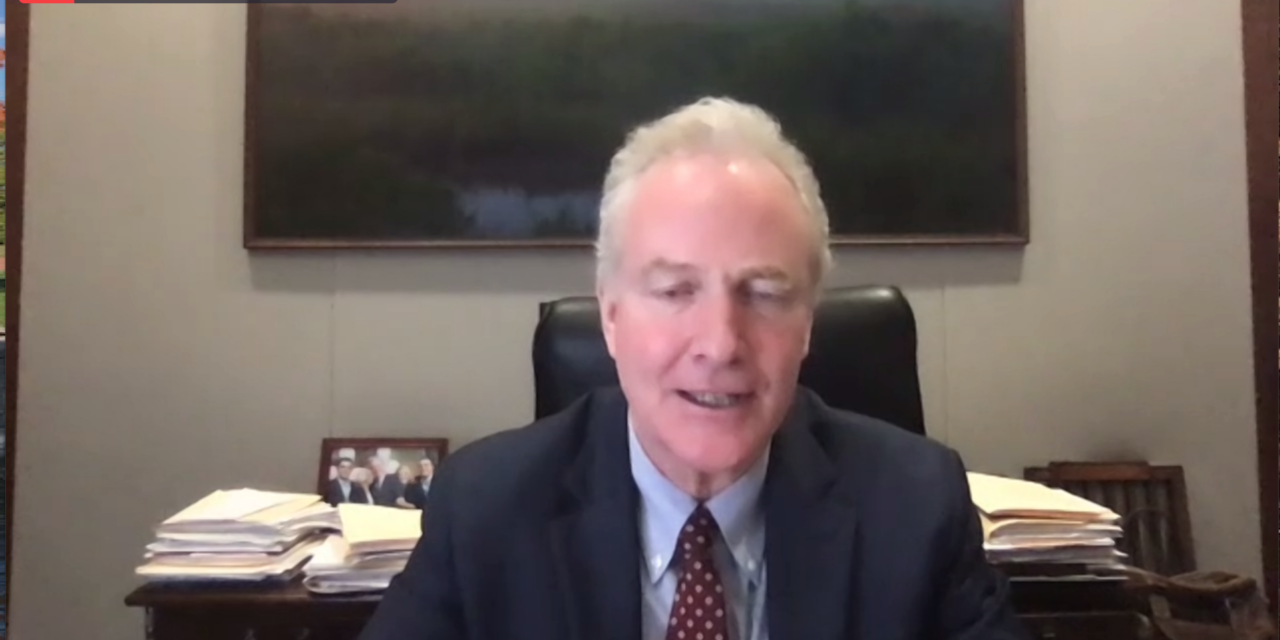 U.S. Sen. Chris Van Hollen, D-Md., said Thursday that it is unclear whether legislation that passed the House of Representatives and requires universal background checks for certain firearm transfers can get enough GOP support to make it though the upper chamber.

Democrats have a 51-50 majority in the Senate due to Vice President Kamala Harris who is able to cast a vote in the event of a tie. But it generally takes 60 votes to begin debate on most as issues-the magic number needed to break a legislative filibuster.

On Wednesday, President Joe Biden outlined the administration’s plan to tackle the rising tide of gun violence. It includes cracking down on illegal gun sales and utilizing community prevention strategies.

“There are ongoing conversations to try to get enough Senate Republicans on board to endorse that legislation. But whether we get 10 Republican senators to overcome a filibuster, I don’t know,” Van Hollen said in response to a question from MarylandReporter.com at a virtual roundtable discussion on gun violence prevention that included input from both state officials and gun safety advocates.

Van Hollen reiterated his support for abolishing the filibuster, saying it has prevented the Senate from moving forward on many key pieces of legislation.

“I think that the great danger to our country right now is in our inability to pass important things like public safety laws.”

However, Van Hollen said that even if the background checks legislation is unable to get enough support to pass, there are still other ways of tackling gun violence prevention such as funding youth education programs and making sure that educational opportunities are more widely available to people in underserved communities. Both are part of Biden’s plan.

“We are still trying to get Republican support and we are going to keep at that as we also work on this other approach.”

The need for programs aimed at stopping gun violence before it takes place was duly emphasized by the participants of the discussion panel.

Braveboy said gun violence is on the rise both in Prince George’s county and throughout Maryland.

“We are seeing young people engaged in gun violence in particular. Our carjackings increased from 2019 to 2020 by over 180%. We saw a huge increase in carjackings. And in many of those cases the suspects are juveniles.”

Braveboy, whose office has spearheaded several pilot programs aimed keeping youth out of the system, said that while it is often necessary to prosecute those who commit violent crimes-she nevertheless “cares” about those who are in jail and does not want punishment to be overly punitive because many inmates will later rejoin society and it is to society’s benefit to have them become productive members of the community.

“The impact of having professional facilitators empower them and let them know that they can be accepted where they are and that the sky is the limit as far as they can go-is essential.”