FALLOUT FROM SPEAKER’s RACE: Two months after a splintered House Democratic Caucus turned to Del. Adrienne Jones to become the next speaker, at least two former supporters of Del. Maggie McIntosh in the speaker’s race have been removed from key legislative positions. The apparent retribution – which is coming from former supporters of Del. Dereck Davis in the initial race to replace the late speaker Michael Busch – seems to be taking place without Jones’ knowledge or approval, Josh Kurtz and Bruce DePuyt report in Maryland Matters.

AUDIT FINDS PORT SKIRTED PROCUREMENT REGS: The Maryland Port Administration used a property management contract to skirt state procurement regulations in awarding hundreds of thousands of dollars worth of work to subcontractors, according to a state audit made public Tuesday. Holden Wilen of the Baltimore Business Journal reports that the audit, which began because of a complaint through the Port Administration’s whistleblower hotline, also identified issues with the administration of the property management contract and monitoring of the related payments.

HAPPY 4th! CRAB POPULATION IN GOOD SHAPE: Amid a slow start to the crabbing season in the northern Chesapeake Bay, a report released Tuesday said the blue crab population is in good shape and recommended that no changes be made to crabbing rules. A winter survey showed the blue crab population rebounding to the highest levels since 2012. It reported a 60% increase in the overall population, led by high numbers of juvenile crabs, Christine Condon of the Sun reports.

OPINION: HOGAN GETS BUDGET RELIGION: The editorial board for the Sun opines that as pressure has mounted for Gov. Larry Hogan to release funds the legislature freed up to support the Baltimore Symphony Orchestra, upgrade Baltimore police technology, provide summer jobs for kids in Baltimore City and Anne Arundel County, build new schools and a variety of other things, his administration has voiced increasing concern about the state of Maryland’s finances. Until now, he was content to brag about what great shape the budget is in thanks to him.

FROSH SUES OVER ASBESTOS MESS: Attorney General Brian Frosh said Tuesday that his office has sued the owner of the former St. Vincent’s Infant Asylum, alleging the illegal demolition of the historic West Baltimore property violated asbestos laws, Luke Broadwater of the Sun reports. The lawsuit, filed Friday on behalf of the Maryland Department of the Environment, seeks to force the cleanup of asbestos at the site and asks a Baltimore Circuit Court judge to order fines of up to $25,000 per day — beginning last year — for each alleged violation of state law by the property owner and the demolition contractor.

CARROLL, FREDERICK WORK ON MONOCACY MANAGEMENT: When it comes to the Monocacy River, officials in Frederick and Carroll counties are still trying to reach a compromise. That is, a compromise on the river’s management plan, which aims to preserve the water quality of the river and serve as a guide for how local officials should protect it, Steve Bohnel of the Frederick News-Post reports.

TRUMP ABORTION ‘GAG RULE:’ The Trump administration’s family planning “gag rule,” blocked by a federal judge in Baltimore in May, can go into effect after an appellate panel voted to stay the injunction granted at the trial level. Heather Cobun of the Daily Record reports. The 4th U.S. Circuit Court of Appeals panel voted 2-1 to grant the government’s request for a stay, which would allow the new rule making clinics ineligible to receive funds if they provide or refer for abortions to become effective.

CITY COPS WON’T AID ICE IN CIVIL ACTIONS: Baltimore’s mayor and police commissioner declared their support for the city’s immigrant population Tuesday as they introduced a police department policy that prohibits officers from aiding federal immigration officials in civil investigations, Phil Davis of the Sun is reporting. “We are not going to be cooperating with ICE on any level,” Mayor Jack Young said to cheers from the audience in a Highlandtown library.

PROTEST OVER MIGRANT DETENTION: Cody Boteler of the Catonsville Times writes that under the hot sun Tuesday, a crowd of about 50 listened as the Rev. Bev Lewis railed against President Donald Trump’s immigration policies and the treatment of migrants at the U.S.-Mexico border. “I am ashamed,” said Lewis, minister of Immanuel United Church of Christ in Catonsville. “I never saw families being ripped into shreds. Y’all, it’s time for this to stop.”

SUIT SEEKS TO AID IMMIGRANT CHILDREN: Michael Kunzelman of the AP reports that advocates for immigrant children are suing to block the Trump administration from enforcing a new policy that they say would erode legal protections for thousands of unaccompanied children seeking asylum in the United States. A federal class action filed Monday in Maryland claims a May 31 memorandum issued by the U.S. Citizenship and Immigration Services dramatically curtails asylum provisions for unaccompanied immigrant children.

WHERE ARE THEY NOW? One year has passed since voters picked Marc Elrich from a record six-candidate Democratic primary field for county executive in one of the closest political contests in Montgomery history. All of the Democrats have moved on – to other jobs or volunteering – and only one remains active in the county’s political scene. Where are they now?, asks Dan Schere for Bethesda Beat.

MURDER REPORT PROMPTED CALL TO COLUMNIST’s HOME: It was a false report of murder that prompted Bowie City Police to respond to the home of Pulitzer Prize-winning columnist Leonard Pitts Jr. early Sunday morning, Rachael Pacella of the Annapolis Capital reports. Pitts was temporarily handcuffed, until officers determined the call was a fake and there was no one hurt inside the home, police said. “The objective was to intrude on my life and cause terror and disruption,” Pitts said in an interview Monday. “I suspect the person wouldn’t have been crushed if there were violence out of it.” 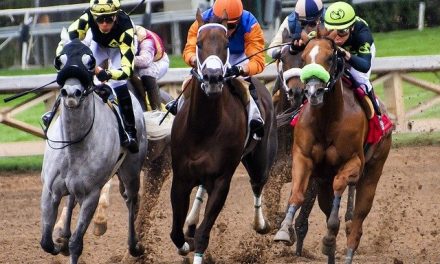