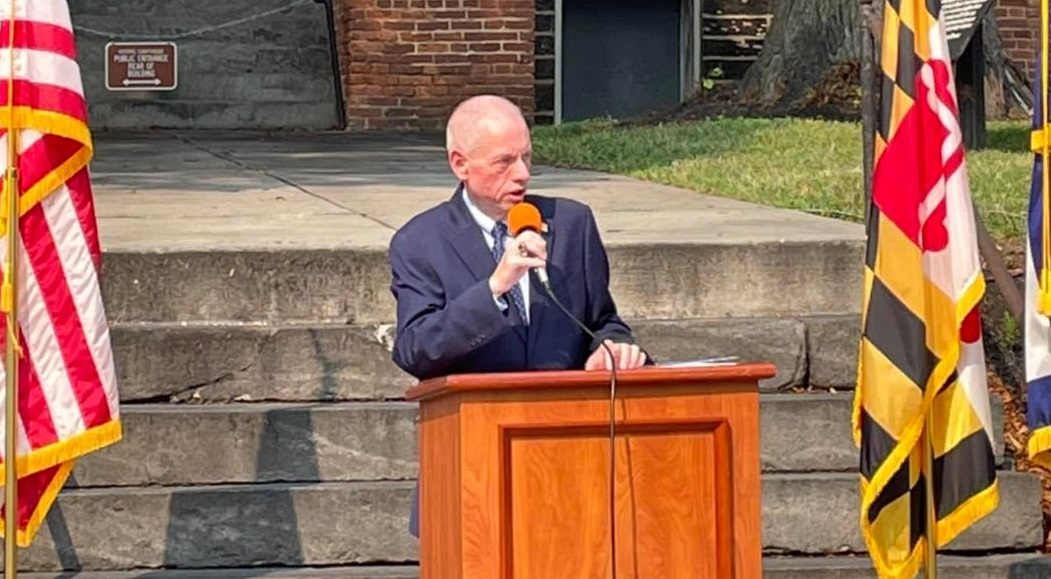 AS ROADS VOTE LOOMS, LOBBYING GROWS: The hours leading up to a high-stakes vote by the National Capital Transportation Planning Board on a controversial highway project in Montgomery County took on the feel of a political campaign Tuesday, as backers and opponents of the plan held press conferences, issued letters, offered last-minute sweeteners and released hastily-conducted public-opinion surveys — all in the hopes of swaying voters, Bruce DePuyt of Maryland Matters reports.

KOPP: OFFICE DENIED OUTSIDE CONSULTANT TO REVIEW ROADS PROJECT: Bryan Sears of the Daily Record reports that state Treasurer Nancy Kopp says that a required review of a proposed agreement to build toll lanes around the Capital Beltway was limited because the Office of the Treasurer was denied funding to hire outside consultants. Those limitations, she said, made it impossible to independently review the Maryland Department of Transportation’s favorable projections for the $6 billion interstate and toll lane expansion project, which is structured as a public-private partnership.

OPINION: MONTGOMERY MUST BACK ROADS PROJECT: In an opinion piece for Bethesda Beat, Edgar Gonzalez, executive director of the Suburban Maryland Transportation Alliance, speaks out for the highway project that will be voted on today by the National Capital Region Transportation Planning Board, saying that “our lack of investment in a balanced transportation system is a major cause” that Montgomery County is lagging behind its neighbors in new business growth.

STATE AWARDING $30M TO BROADBAND PROJECTS: The state of Maryland is awarding nearly $30 million to projects that aim to expand broadband internet access to unserved or underserved communities, Eric Neugeboren of the Daily Record reports.

MD NATIONAL GUARD ASKS CONGRESS FOR JAN. 6 REIMBURSEMENT: The leader of the Maryland National Guard is warning that training missions and equipment maintenance are in peril if the state isn’t reimbursed soon for the Guard’s response to the Jan. 6 insurrection attempt at the U.S. Capitol, Pamela Wood reports for the Sun.

MARYLAND RANKS HIGH IN TRANSFERRING YOUTH TO ADULT COURT: Marcy Mistrett, a senior fellow at the Sentencing Project, told the Juvenile Justice Reform Council that Maryland has the second-highest rate of transferring youth to adult courts: 157.6 for every 100,000 charged — second only to Alabama, which transfers 201.6 children to adult court for every 100,000 charged. Hannah Gaskill reports the story for Maryland Matters.

DEL. SHOEMAKER TO RUN FOR CARROLL STATE’S ATTY: Del. Haven Shoemaker filed paperwork on Tuesday to be a candidate for the state’s attorney for Carroll County in the 2022 election cycle. The Republican representing District 5 in the House of Delegates was to make his official announcement at 4:30 p.m. Tuesday outside the county’s historic courthouse, Madison Bateman of the Carroll County Times reports.

GOP PRIMARY TO REPLACE SEN. EDWARDS TAKES SHAPE: One week after veteran state Sen. George Edwards (R-Garrett) announced plans to retire next year, a competitive Republican primary is shaping up to replace him. Del. Michael McKay (R-Allegany) is the latest candidate to join the race, having made an announcement at the Allegany County Fair outside Cumberland on Sunday evening. Allegany County Commission Chairman Jake Shade (R) announced his plans to run a day after Edwards’ announcement, Josh Kurtz reports for Maryland Matters.

B’MORE SEEKS WAYS TO PROTECT CHILDREN FROM VIOLENCE: Relentless violence has pushed Baltimore to 190 homicides so far this year and 380 nonfatal shootings — both worse than a year ago — and has city officials and community leaders once again scrambling to find solutions. But Monday night, residents and activists gathered with an even more urgent call: Find a way to protect the city’s children, reports Phillip Jackson in the Sun.

MO CO CONSIDERS BILL TO CUT GREENHOUSE GAS EMISSIONS: The Montgomery County Council is considering a measure that would require existing buildings over 25,000 square feet to cut their greenhouse gas emissions as part of its larger effort to tackle climate issues in the county, Stephanie Lai of the Post reports.

GET WELL, ERIN COX: We wish speedy recovery to Washington Post reporter Erin Cox, who posted on Facebook:  “I dropped like a stone at the beach with my three kids and @rickmaese last week. It was a heart attack at 40. Yes, a heart attack!” Erin’s stories have made many a roundup in her reporting for the Post, the Sun and the Capital.

SENTENCING DATE SET FOR CAP-GAZETTE KILLER: The gunman ruled criminally responsible for the Capital Gazette murders is set to be sentenced Sept. 28, Alex Mann reports for the Capital Gazette. Circuit Judge Michael Wachs will send the man who killed Gerald Fischman, Rob Hiaasen, John McNamara, Rebecca Smith and Wendi Winters to prison for life at the September sentencing hearing, according to experts.