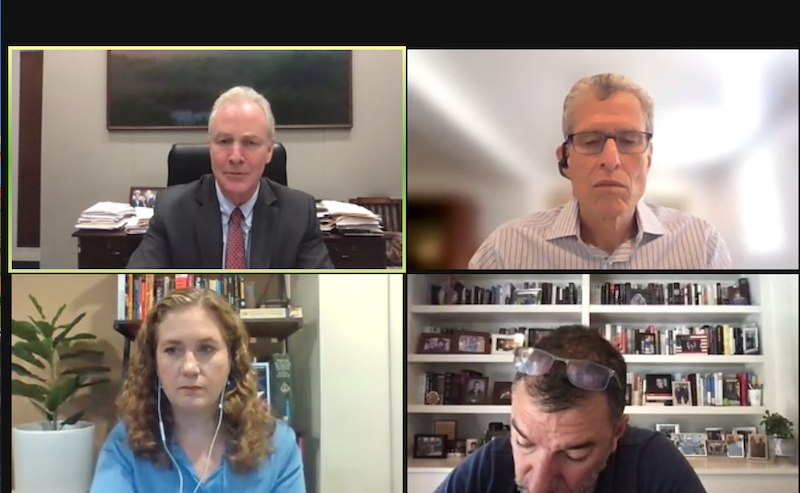 U.S. Sen. Chris Van Hollen, D-Md., Wednesday slammed lawmakers and pundits who have disseminated disinformation about the novel coronavirus and the vaccines that are aimed at preventing people from becoming seriously ill or possibly even dying from that contagion.

During the hearing, Paul accused Fauci of lying and Fauci forcefully denied that claim. Paul has said he will send DOJ a criminal referral regarding Fauci’s testimony. Paul is an eye doctor by training and is one of a handful of GOP lawmakers who have publicly stated that they will not get vaccinated against COVID.

Paul and several of his Republican colleagues have been accused of spreading conspiracy theories about the virus and vaccines. Fauci is routinely lambasted in conservative media circles.

“It has been absolutely disgraceful to see members of Congress in the House and the Senate, to see right-wing talk show hosts and others-attack the credibility of the scientists at a time when it is more important than ever that American public hears the truth,” Van Hollen said at a virtual news conference that was attended by government health officials and private medical professionals.

Van Hollen added: “More than shameful, it is downright dangerous. Because we are continuing to see the spread and the spike of the Delta virus.”

Former White House COVID-19 senior advisor and former Centers for Medicare and Medicaid Services (CMS) Administrator Andy Slavitt noted that most of the recent COVID hospitalizations and deaths were “almost entirely preventable” because they largely occurred among people who had not been vaccinated. All of the 130 reported Maryland COVID deaths in June came from people who were not vaccinated.

Slavitt emphasized that there is a critical distinction between reasonable concerns about the safety of vaccines and the deliberate spread of disinformation.

“People have valid questions about whether they want to take the vaccine or not. No one is suggesting that people should be talked into taking a vaccine or doing something against their wishes. Nobody. What we are arguing is that people should have access to real, truthful, honest information so that they can make that decision.”

Dr. Jennifer Nuzzo, an epidemiologist at Johns Hopkins Bloomberg School of Public Health, said she is very concerned about the rising number of COVID cases nationwide, particularly among those who are not vaccinated.

“Unfortunately our efforts have slowed. And our rollout of vaccines are meeting a tremendous amount of resistance. It is just, unfortunately, setting us back farther than where we absolutely need to be by now.”

Jeff Heubner, a family physician in Madison, who serves on the Board of Directors for Doctors for America, said whatever side effects the vaccines may cause pale in the comparison to the damage caused by the virus.

“They are minuscule compared to what COVID can do. COVID can ravage every part of your body, even if you don’t die from it.”

Physicians also are recommending people who have gotten COVID-19 should still get the vaccine because it’s unclear how long the anti-bodies will last.

A study from the Cleveland Clinic in Ohio has found that people who’ve already had COVID-19 may not necessarily benefit from vaccination but the study was very small and still left a lot of questions on the table.

Tim Walters, the co-founder and chairman of the protest group he called Reopen Maryland, defended that point of view in an interview with MarylandReporter.com.

Last spring, at the height of the pandemic, Walters was leading mass protests. He urged Marylanders not to comply with the restrictions that Gov. Larry Hogan had put into place such as wearing masks. And it was around that time that Walters, who said he does not believe face masks provide a significant degree of protection from the virus-contracted COVID and became ill with what he called “double pneumonia.”

Walters has since recovered from COVID. Though the illness has done little to change his views on state mandates designed to reduce transmission and the efficacy of vaccines.

“No. Absolutely not. In fact, it adds more confidence in the fact that to this day doctors are still telling people that they do not know how long the antibodies last. I get tested every 90 days. At the 10-month mark, I still had antibodies. And I fully anticipate that I still have the antibodies. So that then drives with: Why would I go with a vaccine that does not keep me from getting it, does not prevent me from passing it, and may lessen the symptoms? But we will never be able to know that for sure.”

And Walters said he has no intention of ever getting vaccinated against COVID.

“The intent of all vaccines…this is not a true vaccine by the way…is to put a trace amount of whatever it is so that your body produces the antibodies. So, why would I need to produce the antibodies if I still have the antibodies?”

Earlier this month Fauci told CBS’ “Face the Nation” that 99.5% of  COVID-related deaths were among people who had not been vaccinated. 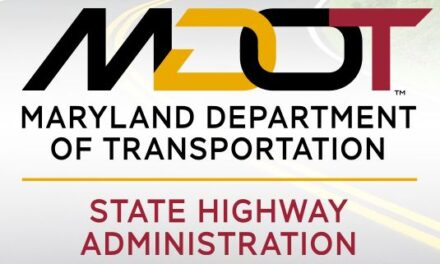