PAID SICK LEAVE: Advocates for workers and business groups will face off in Annapolis today over a proposal to require employers to give paid sick time to employees, Pamela Wood of the Sun is reporting. Mothers and children wearing superhero shirts are expected to march into lawmakers’ offices in the morning to deliver petitions urging them to approve a bill requiring that bosses offer paid sick leave to their workers. They’ll be joined by doctors, workers and others in promoting the bill, saying it’s good for employees’ health.

FAMILY LEAVE FUND: Del. Ariana Kelly, D-Montgomery and Montgomery County Council member Tom Hucker announced the introduction of a bill to establish a state-run insurance fund for family leave during a press Monday at the Silver Spring Civic Building. The legislation  would establish a state-run insurance fund for workers who must take unpaid leave due to a serious medical condition, a family member’s military deployment or to care for a new child or a family member with a serious illness, according to the Daily Record.

KEEPING REDISTRICTING REFORM ALIVE: Reforming the way congressional and legislative districts are carved up in Maryland may have been declared dead on arrival by Democratic leaders, but the Hogan administration and a few progressive Democratic legislators are keeping the issue alive at hearings this week, reports Len Lazarick for MarylandReporter.com. The co-chairs of the governor’s redistricting commission presented their proposal for a new commission completely independent of politicians to the House Rules Committee. 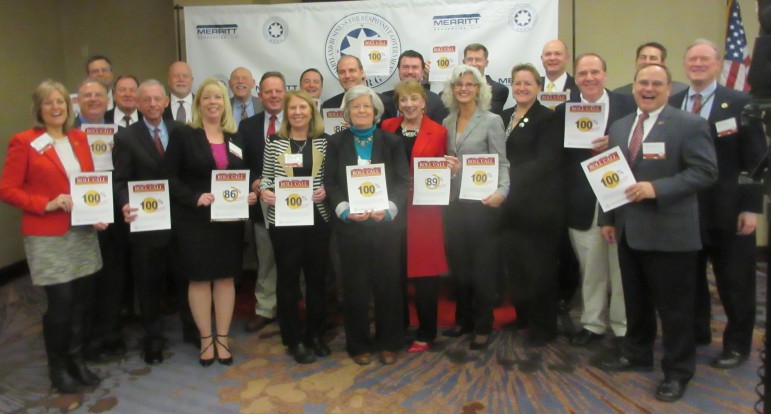 Maryland Business for Responsive Government honored dozens of legislators Monday night for their scores on last year’s Roll Call ratings. All were Republicans, and just two Democrats in the legislature met the cut off score of 70% — Baltimore County Sen. Jim Brochin and Del. Eric Bromwell.

RIGHT TO POT: The right to use and grow marijuana would be enshrined in the state constitution — alongside such freedoms as speech and religion — under legislation that will receive a hearing in Annapolis today. The bill has been proposed by Del. David Moon, a freshman Democrat from Montgomery County, reports Michael Dresser for the Sun.

FOR VIDEO STREAMING: The Maryland General Assembly has taken important steps in the last few years in making its activities more accessible to the public in numerous ways. What’s missing, opines the editorial board for the Sun, is a way for constituents to hear and see what their representatives are saying when they are attempting to persuade each other to support or oppose legislation, or explaining their own stances on it. Floor debates in the House and Senate are live-streamed and archived in an audio-only format, which makes them all but impossible for the average Marylander to follow, and committee voting sessions aren’t recorded at all.

FANTASY SPORTS BILLS IN LIMBO: Don’t bet on the General Assembly resolving the questions surrounding the operation of commercial fantasy gaming sites this session, writes Bryan Sears in the Daily Record. The Senate co-chair of the Joint Oversight Committee on Gaming said three bills introduced on the subject are in limbo. Legislation would not likely be ready in time to put the issue before voters, should lawmakers decide to legalize it.

CYNICAL DEMOCRATS: In an op-ed for MarylandReporter.com, Republican Del. Bob Flanagan writes that Maryland’s transportation needs are inevitably greater than the funds that are available to pay for them.  Making the best use of available funds is a worthy goal. However, Democratic leaders in Maryland are cynically taking advantage of public support for good government by pushing legislation titled the Maryland Open Transportation Investment Act of 2016. But the confrontational and partisan approach being taken by Democratic leaders in Maryland is dangerous and drastically different.

HIGH COURT WON’T HEAR POLLUTION DIET CASE: The Supreme Court declined on Monday to review a case from the American Farm Bureau Federation alleging the Environmental Protection Agency overreached its power by establishing a pollution diet for the Chesapeake Bay, reports Christina Jedra for the Annapolis Capital. That decision lets stand a ruling by the Third Circuit Court of Appeals that the formation of a Total Maximum Daily Load is legal, officials said.

FOLLOW-UP CHEMO: Gov. Larry Hogan (R), who completed an 18-week course of chemotherapy last fall for non-Hodgkin’s lymphoma, had a follow-up chemo treatment on Monday morning. Gubernatorial spokesman Matt Clark said the governor received the “maintenance” treatment at the University of Maryland Medical Center in Baltimore and returned to Annapolis around noon, reports Ovetta Wiggins for the Post.

EMILY’S LIST RETURNS TO AIR FOR EDWARDS: The super PAC associated with Emily’s List — the Washington-based group that has endorsed Rep. Donna Edwards’ campaign for Senate — is going back up on the air in Maryland this week with a six-figure commitment in the competitive race, John Fritze reports for the Sun.

8th DISTRICT SLUG-FEST: David Trone and Kathleen Matthews, two wealthy novice candidates for Maryland’s 8th District Democratic congressional nomination, have had to defend their lack of traditional office-holding experience from opponents’ barbs and voters’ skeptical questioning. They pushed back Sunday in a forum at Walt Whitman High School in Bethesda, calling two of their incumbent competitors to account for supporting the state’s notorious redistricting plan, Bill Turque reports for the Post.

POWER COUPLES: Political pundit Josh Kurtz writes about the Mosby dynasty in-the-making in Baltimore City and compares them to other power political couples throughout the state, including Jolene and Glenn Ivey of Prince George’s County and Karen and Ron Young of Frederick County.

O’MALLEY BACK ON THE HUSTINGS: Martin O’Malley, the former Maryland governor who dropped out of the race for the Democratic presidential nomination this month, reemerged on Monday to make an endorsement in Pennsylvania’s potentially competitive Senate contest, writes John Fritze for the Sun.

BOB SHILLING, 75, DIES: Robert M. “Smoke” Shilling Jr., a longtime Baltimore broadcaster who had worked as a reporter and news director at WCBM-AM for nearly two decades and later was the managing news director at WBFF-TV, died Sunday of lung cancer at Gilchrist Hospice Care in Towson. The longtime Timonium resident was 75. Fred Rasmussen writes his obituary for the Sun. 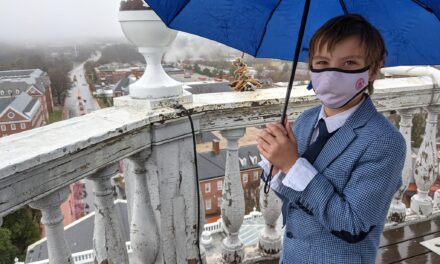 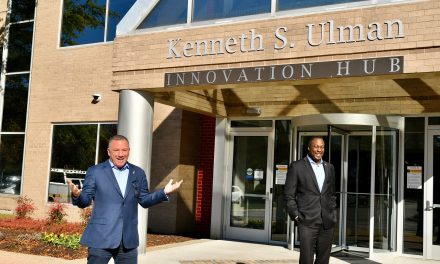