MORHAIM REMOVED FROM HEALTH PANEL: Erin Cox of the Sun is reporting that House Speaker Michael E. Busch removed Del. Dan K. Morhaim, the longest serving physician in the General Assembly, from a key health policy committee post that Morhaim held for 14 years. The shift, which costs Morhaim a subcommittee leadership post, follows scrutiny over Morhaim’s ties to a medical marijuana company and questions over whether he properly disclosed his business interests while advocating for medical marijuana policies.

IMPALLARIA CONVICTED IN DWI: Del. Richard K. Impallaria was convicted last week of driving while impaired in Worcester County Circuit Court, according to court records. Impallaria, a Republican who represents parts of Baltimore and Harford counties, is scheduled for sentencing on March 10, according to online court records, Pamela Wood reports in the Sun.

DELEGATE CHARGE EXPECTED: A man accused of facilitating bribes to elected officials in exchange for favorable action on legislation that would expand liquor sales in Prince George’s County was allowed to go home on Monday. In the meantime, two elected officials also are expected to be charged in the investigation. A federal affidavit describes one as a former elected official who has arranged a plea deal for a more lenient sentence in exchange for becoming an informant. The other is described as a state delegate on the House Economic Matters Committee who voted in favor of the Sunday sales bill in 2015, Lyn Bui reports in the Post. 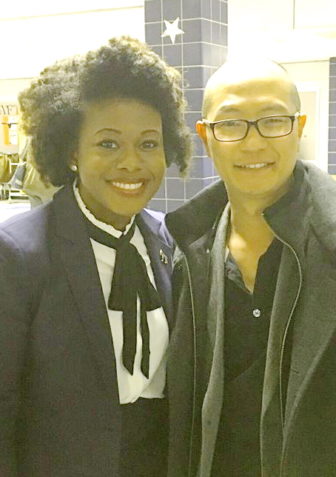 BUSCH ON THE SESSION: Bryan Sears of the Daily Record sits down for an interview with House Speaker Michael Busch about his years as speaker, his relationship — or lack thereof — with Gov. Larry Hogan, and the upcoming session, which starts Wednesday.

MILLER ON THE SESSION: In an interview with Bryan Sears of the Daily Record, Senate President Mike Miller says that while it is good that Gov. Hogan is communicating directly with the public, he’s not communicating with the officials that he should be.

DISTRICT 20 DELEGATE CHOSEN: The Seventh State blog and Facebook postings are reporting that Jheanelle Wilkins has been nominated by the Montgomery County Democratic Central Committee after three ballots to fill the House of Delegates seat left vacant when Del. Will Smith was appointed to the Senate last month.

ATTRACTING TEACHERS: Compared to teachers in countries with the best performing students, U.S. teachers are less well compensated, have less support to prepare for teaching, have less time for planning and collaboration, and overall have less autonomy in the classroom, a state commission was told Monday. American teachers also spend the most instructional hours in the classroom with larger average class size compared to dozens of the most developed countries. Len Lazarick reports in MarylandReporter.com.

HBCU FAIRNESS TRIAL OPENS: A proposal to dismantle about 100 academic programs offered at traditionally white universities in Maryland and transfer them to historically black universities would have a “catastrophic effect” on the institutions and harm students of all races, an attorney for the state argued Monday in federal court. But civil rights attorneys accused Maryland officials of delaying deliberately, frustrating attempts to resolve a decade-long lawsuit over segregation in the state’s public universities, Tim Prudente writes in the Sun.

FOXWELL SLAMS RASCOVAR: In a letter published in MarylandReporter.com, Len Foxwell, chief of staff to Comptroller Peter Franchot, disagrees with opinionmaker Barry Rascovar’s column on the annual Board of Public Works Begathon, writing that he finds it “highly improbable” that Rascovar followed the annual event in person or by streaming the video. “Therefore, I have to question your authority to editorialize on the performance of the board members.” 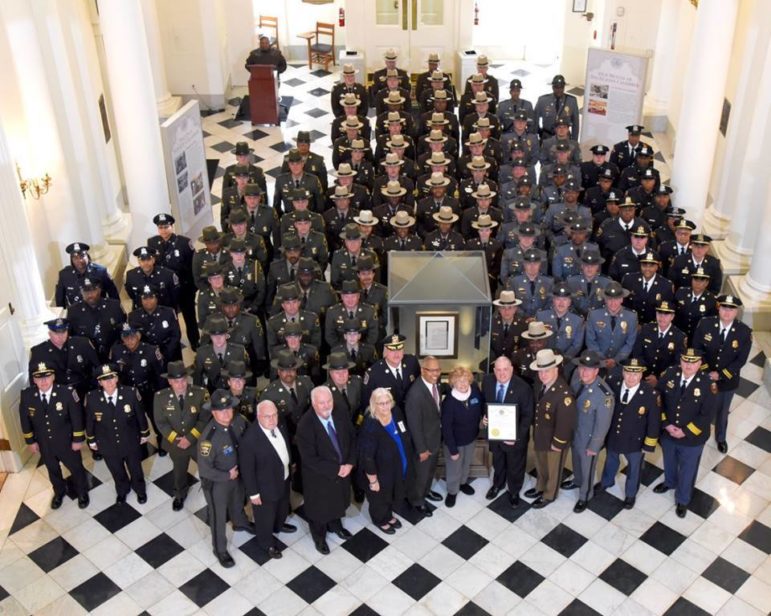 HOGAN CABINET CHANGES: Gov. Larry Hogan on Monday announced an addition to and departure from his cabinet. Lourdes R. Padilla was hired to fill the vacant position of human resources secretary. Padilla comes to the state from Pennsylvania, where she was deputy secretary of that state’s Department of Human Services. And the state’s information technology secretary, David A. Garcia, resigned “to attend to family and personal issues,” writes Pamela Wood for the Sun.

BALTIMORE POLICE REFORMS: Baltimore City Mayor Catherine E. Pugh says her administration is close to completing negotiations with the U.S. Department of Justice over reforming the Baltimore Police Department, the Sun’s Luke Broadwater and Yvonne Wenger report. “Our goal is to be done this week,” Pugh said Monday.

APOLOGY FOR LAVENDER SCARE: Secretary of State John Kerry apologized on Monday to hundreds of federal employees who were fired decades ago for their perceived sexual orientation in what came to be known as the lavender scare, John Fritze reports in the Sun.The apology came a little more than a month after Sen. Ben Cardin of Maryland, the top Democrat on the Senate Foreign Relations Committee, requested it.

PEREZ ADVOCATES FOR VOTER PROTECTIONS: Labor Secretary Thomas E. Perez, one of several candidates running to lead the Democratic National Committee, said Monday he would use the position to expand the party’s efforts to protect voters in the wake of ballot laws cropping up across the country, John Fritze reports in the Sun. The former Montgomery County and Maryland state official said the national party needs to take a more active role to ensure voters can cast a ballot, coordinating responses from state and national leaders and “playing offense” by expanding voter registration in every state.