SENATE ACTION: The debate didn’t go into today, as Senate President Mike Miller had planned for. Instead, writes Annie Linskey of the Sun, the state Senate gave preliminary approval to a bill that would allow gay and lesbian couples to marry, with members voting 25 to 22 in favor of the legislation after a relatively brief and focused debate.

The action, writes the Post’s John Wagner, clears the way for a final Senate vote today. If the bill passes the Senate, Wagner blogs, it moves to the House, traditionally the more liberal chamber on social policy. Gov. Martin O’Malley has said he will sign the bill.

Here’s a breakdown of the vote, as blogged by Annie Linskey.

The Gazette’s Sarah Breitenbach writes that Sen. President Mike Miller, who plans to vote against the final version of the bill, appeared irked by amendments that would further protect people with religious opposition to same-sex marriage from providing wedding services to those couples. “It’s gone a little too far,” he said.

Dave Collins reports for WBAL-TV that the debate was more subdued than expected.

The Post offers a photo gallery of the Don’t Ask Don’t Tell debate and other gay rights issues.

NEXT STEPS: According to Steve Lash of the Daily Record, Del. Don Dwyer said enactment of the Senate version would spur a referendum drive that will put the issue on the ballot in November 2012. “When the voting public is given the final say, marriage remains between a man and a woman,” Dwyer said.

Delegates from both parties have said they expect a same-sex marriage bill to also pass the House of Delegates, reports Andrew Schotz of the Hagerstown Herald Mail. A hearing in the House Judiciary Committee is scheduled for tomorrow.

Jeff Newman of SoMdNews.com writes that it appears the legislation has the votes needed to make it to the House of Delegates without help from Southern Maryland.

OTHER VIEWS: As a final Senate vote nears, Meg Tully of the Frederick News Posts speaks with gay couples and religious leaders about why they believe what they believe.

Columnist Paul Foer of the Annapolis Capital ponders the strange marriage between conservative Republican and African-Americans when it comes to same-sex marriage. He begins by talking about Sen. John Astle’s coyness when he said his vote was “irrelevant.”

OBAMA ON DOMA: On the same day that Maryland’s Senate passed the bill, President Obama, who his staff says is still “grappling” with the issue, decided his administration would no longer defend a portion of the “Defense of Marriage Act,” which bans gay marriage. Here’s a fuller Sun story by James Olipant and David Savage.

WIND INCENTIVES: Building on his efforts to create a wind energy market in Maryland, Gov. O’Malley has proposed legislation that would allow the state to lure wind turbine manufacturers to Maryland with economic development incentives up to $50 million. Nick Sohr reports for the Daily Record.

TAX RELIEF: With property values – and property taxes – not projected to change much in fiscal year 2012, Del. Susan Krebs said that now is the time to reduce the maximum increase homeowners can see in their property tax bills, Megan Poinski writes for MarylandReporter.com.

SLOTS INTERFERENCE: A bill to prevent one slot machine licensee from interfering with the creation of another casino appears headed toward passage in the state Senate and is likely to find similar traction in the House of Delegates, reports Liam Farrell for the Annapolis Capital.

FATAL DRIVING: Proposed legislation would result in up to three years in prison, a fine of up to $5,000 or both for those who kill someone with a vehicle and are found criminally negligent, writes Meg Tully of the Frederick News Post.

CUTTING LIQUOR BOARD: In the second of a three-step process, two bills have been introduced in the General Assembly to abolish the Worcester County Liquor Control Board, replacing it with a County Department of Liquor Control, Jennifer Shutt reports for the Salisbury Daily Times.

RAINBOW TEST PATTERN: Anyone streaming yesterday’s Board of Public Works meeting faced a rainbow test pattern three-quarters of the way through, blogs Megan Poinski for MarylandReporter.com. What happened?

PANEL OK’S KOPP: A joint legislative committee has recommended Treasurer Nancy Kopp for another four-year term, Alan Brody reports for the Gazette. She must be approved by the full General Assembly.

That body, writes Len Lazarick of MarylandReporter.com, is expected to push her nomination through easily this morning.

WHILE ITS FREE: Motorists yesterday took more than 30,000 free trips on 7.2-mile stretch of the ICC, the area’s newest toll road, when it opened for traffic, reports the Post’s Katherine Shaver and Kafia Hosh.

BAY AIR COPS: State Sen. John Astle took to the floor of the Senate to point out that officers charged with protecting the Chesapeake Bay don’t have the eyes in the sky they often need, and could only send air support for five of 65 requests, Pamela Wood and Liam Farrell report for the Annapolis Capital.

ULMAN ON RODRICKS: WYPR’s Dan Rodricks will host Howard County Executive Ken Ulman on Midday Live. You can listen live at noon when Ulman, who is serving as president this year of the Maryland Association of Counties, will talk about the hot issues for local government.

BALTILEAKS: Fern Shen of Baltimore Brew writes about Baltimore’s own version of WikiLeaks, which has been tweeting juicy campaign donation information. 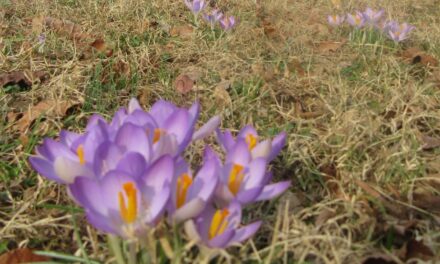 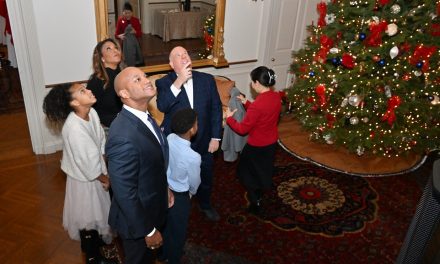