The following letter by Len Foxwell, chief of staff to Comptroller Peter Franchot, was sent to Barry Rascovar in response to Monday’s column.

Having read your most recent column in MarylandReporter.com – “Maryland’s demeaning ‘Begathon” continues,” a politically-lubricated jeremiad against the Maryland public school construction program’s longstanding appeals process – I feel obliged to respectfully rebut several of your more misleading and uninformed points.

My first is in response to your characterization of the process itself – “a demeaning ‘begathon’ that long ago outlived its usefulness and turned into a political circus allowing the governor and comptroller to praise and reward their friends in the counties and humiliate their enemies.”

From this passage, your readers might assume that you have diligently attended previous school construction appeals hearings in recent years, and that you are personally familiar with the tone and tenor of the proceedings.

That would be incorrect.

I have had the good fortune of attending every public school construction program appeals hearing since Comptroller Franchot took office in 2007.  To date, I haven’t actually seen you at any of them.

I find it highly improbable that you have followed this annual event – which customarily lasts several hours – on the Board of Public Works’ streaming video feed.  Therefore, I have to question your authority to editorialize on the performance of the board members at this annual event.

Check the record: No one humiliated

The Board of Public Works provides the public with both a video archive and written transcripts of past meetings.  I would respectfully encourage you to go back, catch up on what you’ve missed over the past decade or so, and offer your readers with specific instances in which board members gratuitously “humiliated” participants in the meeting or otherwise demonstrated inappropriate conduct.

In stark contrast to what you have described in your column, I think you’ll find that the Board of Public Works is, for the most part, quite laudatory of the efforts of Maryland’s local school systems to carry out their shared mission effectively in this age of limited financial resources.

You will find that Comptroller Franchot reserves particularly high praise for those school systems that have performed well on their annual public school maintenance surveys, as conducted by the Interagency Committee on School Construction.

This is a longstanding priority of his, one that dates back to the early days of our previous governor’s administration, because schools that are maintained properly tend to have a longer life span, which leads to cost savings for Maryland taxpayers.

Even more important is the fact that – all things being roughly equal – students who have the opportunity to learn in safe, comfortable and attractive schools tend to outperform those who don’t.

The board members have also utilized this open and transparent public forum to encourage local school systems to consider alternative construction practices and other strategies – such as the use of geothermal energy whenever possible – to achieve cost savings and better learning outcomes.

All of these would seem to be valuable points of discussion for those who share an interest in the fiscal well-being of our state and our ability to prepare students for success in a complex global economy.  Yet, inexplicably, none of these points found their way into your analysis, which leads me to speculate — with apologies in advance for being impolite —  that you simply have no idea what you are talking about.

In fairness to you, these meetings have had their moments of honest disagreement between board members and local school systems.

Last year, for instance, the board members sought to hold the Howard County Public School System accountable for its response to the presence of unacceptable levels of mold in several of its schools, which had led to several reported cases of illness and hospitalization.

Similarly, there was considerable discussion about the decision of the Carroll County Public School System to close multiple schools within the county due to insufficient enrollment, despite Governor Hogan’s willingness to invest $4 million to forestall that effort.

Given the number of Maryland students, teachers and families whose lives were affected by these two issues alone, I think we would all be interested in knowing whether you regarded those public discussions as “distasteful” and “unbecoming.”

You correctly note that Comptroller Franchot has “conducted a consistent crusade to force [Baltimore County] to install portable, temporary air conditioners in all schools lacking central cooling units.” However, you incorrectly suggest that his effort is rooted in a desire to discredit the incumbent Baltimore County executive and thwart whatever political ambitions he may harbor.

It is worth noting that Comptroller Franchot’s engagement in this subject dates back to June 16, 2011, when he wrote letters to then-Baltimore County Schools Superintendent Joe A. Hairston and Baltimore City Schools CEO Andres A. Alonso.  Noting that the conditions within many of their school facilities can “pose an obvious health and safety risk to all concerned,” he asked “how…children can focus and learn – much less perform to the best of their abilities on final exams and standardized tests – in such an environment.”

Bear in mind that in June of 2011, Mr. Kamenetz had been in office for approximately six months, and was still several years away from being mentioned as a probable candidate for statewide office.  To that same point, the letters in question were authored more than three years prior to Gov. Hogan’s successful gubernatorial campaign.

Not inspired by rivalry

Your insistence on force-feeding this discredited narrative erodes whatever credibility you have accumulated over the course of your career and – at a time when our political system is in such desperate need of sunlight – serves as a reminder of why public confidence in the media is trending in the wrong direction.

In the year 2017, every child, teacher and public school employee is entitled to air conditioned classrooms in the warmer months – when it’s not uncommon for building temperatures escalate into the triple digits – just as they are entitled to heated classrooms on frigid days.

Despite the fact that hundreds of millions in taxpayer dollars have been invested in the Baltimore City and Baltimore County school systems for building improvements since Comptroller Franchot took office, more than 50,000 school children in these two jurisdictions – most of whom hail from low and moderate-income communities — are unable to learn in the same conditions that are taken for granted elsewhere.  They are, however, expected to demonstrate the same academic progress and perform comparably on standardized tests as their peers.

The Maryland NAACP regards this as a “neglected civil right;” Comptroller Franchot views it as a fundamental matter of social and economic justice, and Governor Hogan has lent his support.

I suspect there is space for honest disagreement – however irrational – over the need for immediate relief for these children.  However, I would respectfully suggest that it is the height of disrespectful arrogance to blithely dismiss, as “plants,” those who have attended past Board of Public Works meetings to make their voices heard.

These are working parents who took unpaid time off from work to stand with their children as they described conditions in a classroom without air conditioning or even functioning windows.

All of them took advantage of the unique opportunity afforded by the Board of Public Works to express their points of view in an open, transparent forum, and many of them did so after feeling as if nobody else was bothering to listen to them.

Rather than trivialize their service, I would humbly suggest that you regard them as an aspirational model. 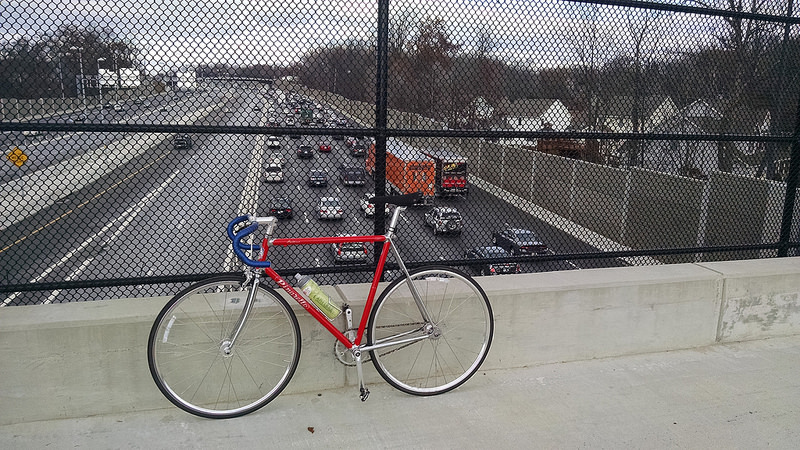