On the eve of the 2017 legislative session, Democrat lawmakers and Maryland Attorney General Brian Frosh rolled out two bills that would authorize the state to sue drug makers for price gouging — and require that companies give public notice when price hikes exceed 10%.

“We’ve seen in Maryland and all of the country drug prices skyrocketing and they are hard to understand when you’re talking about generic drugs,” Frosh said, standing with a coalition of health care advocates outside the State House on Tuesday. Generic drugs “have been one of the few health care bargains that Americans and Marylanders have relied upon for decades.”

Frosh said a 2014 survey of pharmacists revealed that 25 “off patent” generic drugs saw price increases of 600% to 2000%. He said normally prices “plummet” when patents expire and competition becomes “robust.” He said generic drugs have consistently run about 20% of the original patented price.

“What we allege is these companies conspired to fix prices.” Frosh said.

Conway, D-Baltimore City, said without the legislation, 40% of Baltimore City residents could be affected by price gouging.

“You have all these individuals who can ill afford to pay these increases, and mostly the underserved,” she said.

The bills are the result of a lobbying effort by the Maryland Citizens’ Health Initiative, which put on the event Tuesday to announce the legislation.

The Legislative Black Caucus of Maryland, religious organizations and the NAACP are among the groups supporting the legislation.

Revealing the basis for prices

Another provision in the proposal would require drug makers to reveal the basis for prices, including how much is allocated to research, marketing, manufacturing and profit.

This provision is opposed by Pharmaceutical Research and Manufacturers of America (PhRMA) as anti-competitive and would force drug makers to reveal trade secrets.

“Unfortunately, the proposed legislation does not improve patients’ access to the life-saving medications they need nor does it reduce the costs of their medications,” said PhRMA spokesperson Caitlin Carroll in a press release Tuesday.

“The requirements this measure places on companies also jeopardizes the innovative research happening right here in Maryland by threatening to reveal proprietary and protected information that keeps companies competitive,” Carroll said. “More competition, not less, will lead to better treatments and medicines and help Maryland’s patients the most.”

“There’s this whole ecosystem of other people involved,” she said. “You don’t just go from a price that a company sets to what someone pays at the counter at CVS, there are a lot of actors involved and yet the legislation proposed only targets one area.”

“It’s important to look at health care cost drivers holistically and in a way that ensures that when patients go to the pharmacy counter, they have consistent, quality access to the life-saving medicines they need.” 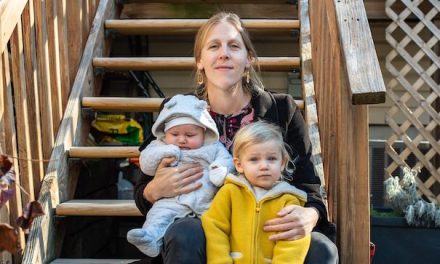 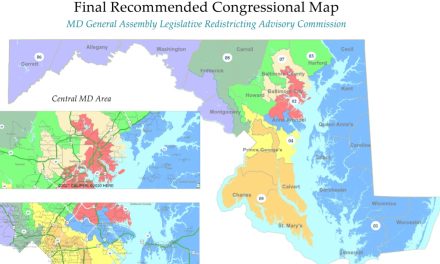