By Len Lazarick and Dan Menefee

A wave of support among House Democrats for decriminalizing marijuana is apparently forcing the House Judiciary Committee to reverse itself and approve a Senate bill, SB364, removing criminal penalties for possession of small amounts of marijuana.

The committee earlier this week had turned the legislation into a two-year study of the issue, but Del. Keiffer Mitchell sought to revive the bill on the floor Friday. Floor debate and a potential vote are set for Saturday.

After counting votes for decriminalization, House leaders apparently decided there was too much support for the move the Senate has passed two years in a row to go along with Judiciary Chairman Joe Vallario’s staunch opposition.

The Senate bill would make possession of 10 grams or less a civil offense with a fine of up to $100.

Sources on the Judiciary Committee indicated minor changes would be made that would require anyone under 21 to face a court hearing on the civil citation.

Mitchell said the racial disparities in marijuana arrests could not wait another two years.

“It is my belief and others that we in good conscience cannot allow a task force to take place for two years while there is racial disparity regarding the possession of marijuana and the [number] arrests. We believe it is not something we should continue to study…as the facts continue to stare us in the face.”

Committee member, Del. Michael Smigiel, R-Cecil, said on Friday that the original Senate bill would probably pass the House if brought to a vote.

“There will be a fight, the Democrats are ‘whipping’ really hard on the floor to get Republicans to join,” Smigiel said. “I will vote for decriminalization, [enforcement] has been a waste of time, money and manpower. We could be focused on much more important things.” 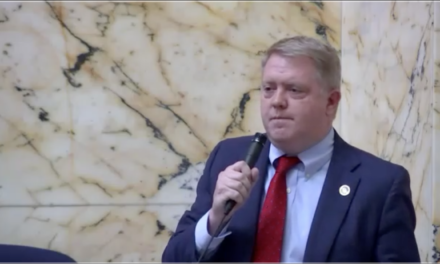 Buckel: Republicans need to do a ‘better job’ of communicating to voters in the Baltimore-D.C. metro area

O’Malley issues official redistricting map, with changes in some counties