There has been much talk of bipartisanship at the State House this legislative session, but not a lot of evidence of it, until Thursday morning in the Senate. 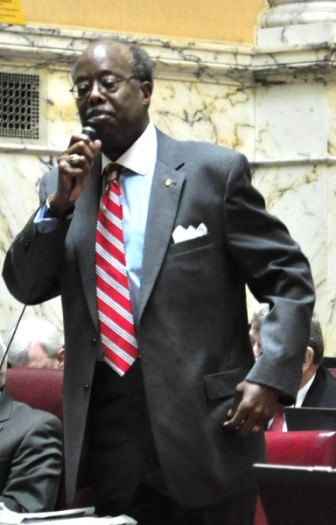 “I want to thank the governor,” said Senate President Pro-tem Nathaniel McFadden, the chair of the all-Democrat Baltimore City delegation.

Republican Gov. Larry Hogan on Thursday morning provided an additional $12.7 million in his third supplemental budget for Baltimore City schools, money the school district had lost due to declining enrollment.

McFadden had sat down with Hogan to lobby for the aid, and the task was not made easier by remarks two weeks ago from House members accusing Hogan of “racially motivated” decisions.

“There was an unfortunate incident during which characterizations about him … were basically incorrect, inaccurate and unfortunate,” McFadden said. “Even though those comments were made, we continued to have discussions with the governor about (what) his administration could do for the city of Baltimore.”

McFadden concluded that Hogan “cares deeply about the city of Baltimore.”

“There’s an inherent unfairness in his approach where he’s rewarding a handful of the school districts that voted for him,” Madaleno said, referring to aid Hogan had sought for three counties that had lost public school enrollment — Allegany, Carroll and Kent. “This finally fixes that problem.”

Yet the largest item in Hogan’s new supplemental budget went for a project in Montgomery County, one of the four jurisdictions that did not support the governor’s election in 2014. He allocated $31.7 million for the Biomedical Sciences and Engineering Education Facility at the Universities at Shady Grove.

In a statement from the governor’s office, “Offsetting these additions to the budget are new savings identified by the Hogan administration. Improvement in Maryland’s economy over the past several months has resulted in fewer Marylanders enrolling in Medicaid, allowing the administration to redirect $58.1 million previously allocated for the program toward the governor’s education priorities.”

(Hogan’s health secretary, Van Mitchell, did not seem happy on Tuesday with the size of that Medicaid cut when it was made by the budget subcommittee Madaleno chairs.)

Other examples of cooperation

In another example of bipartisan cooperation, Sen. Brian Feldman, another Montgomery Democrat, was effusive in his praise of a bipartisan workgroup that engineered a solution to loss of Social Security and Medicaid benefits for adults with developmental disabilities who have more than $2,000 in savings.

SB355 establishes a Maryland Achieving a Better Life (ABLE) Program “to help promote financial savings to support individuals with disabilities in maintaining health, independence, and quality of life.” It was sponsored by 44 senators, including all but three of the 14 Republicans.

The bill passed the Senate unanimously Thursday. The bill allows those on federal subsidies to set up a 529 account, like a college savings plan, that will not be counted as part of assets when determining benefits. Any money left in the account can be used to repay the state for Medicaid benefits when the individual dies.

Senate President Mike Miller, who can be as partisan a Democrat as any, often comments on the Maryland Senate’s more collaborative approach on some legislation.

In the Senate, Republicans are sometimes the floor leaders on legislation that comes out of committee, although not usually on controversial bills, and they are sometimes the lead sponsor on significant bills. This almost never happens in the House of Delegates.

Thursday morning, a bill revising when and how police may seize money connected to the drug trade, SB161, had conservative Republican Sen. Mike Hough of Frederick County as the lead sponsor along with liberal Democrat Jamie Raskin of Montgomery County. It too passed the Senate unanimously.

In fact, most bills, after they are massaged in committee, pass the Senate with little or no dissent.

But then on the same calendar with these bills getting unanimous bipartisan support, there was SB575 increasing the amount of liability insurance coverage that school boards must buy from $100,000 to $400,000. Democratic proponents noted that liability coverage for injuries at public schools had not been increased for 40 years, but a couple of Republicans objected that taxpayers would ultimately foot the bill.

The bill passed the Senate 32-14, with all 14 Republicans voting against it.

Chan: Vaccine to reach hospitals and nursing homes within 2 weeks 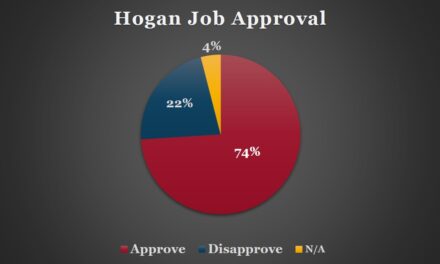