Progressive groups and legislators are aiming to raise state taxes on millionaires, corporations, liquor, gasoline and a broad array of consumer services, as well as boosting the state minimum wage to $10 an hour to help protect government services and the incomes of “working families.”

The proposals came in the annual “State of Working Maryland” report from the Maryland Budget and Tax Policy Institute and the Progressive Maryland coalition of liberal groups.

“The state of Maryland families has deteriorated” in the recession, said Neil Bergsman, of the Tax Policy Institute, an arm of Maryland Nonprofits. “The benefits of the recovery are not seen by working people.”

The report notes that the median household income for Marylanders adjusted for inflation has risen only 6% over the last 10 years to $69,272, which means half of state households bring in less than that. But the cost of household essentials such as utilities, child care and gasoline have grown faster.

“We’ve seen productivity grow in the recovery,” Bergsman said. “We’re not seeing any of the money going into the pockets of the workers.”

The push for higher taxes flies in the face of pledges by Gov. Martin O’Malley and General Assembly leaders that the fiscal 2012 budget will be balanced through spending cuts, not revenue increases.

For more than a year Republican leaders have been predicting tax hikes in 2011, and Republican ex-Gov. Bob Ehrlich spent weeks in his losing bid for re-election predicting the sales taxes on services Democrats were going to propose.

Here are the key components of the proposals, supported by Sen. Verna Jones-Rodwell, senators-elect Dels. Roger Manno and Victor Ramirez, and Del. Tom Hucker of Silver Spring, all Democrats.

SALES TAX: The progressive groups want to start applying the state sales tax raised to 6% in 2007 to a wide array of consumer services: barbers and beauty salons, car repair, home cleaning services, lawn care, and dozens of other services taxed in other states. They would not tax services that are primarily business-to-business – accounting, advertising, shipping – nor essential household services such as health care, housing and child care.

Taxing more services is “the only logical answer to the problem of financing government services,” Bergsman said. Consumers now spend more on services than goods.

In the 2007 special session, O’Malley had proposed taxing some services – lawn care, tanning salons, fitness centers. But Bergsman said, “The governor was trying to pick and choose services used disproportionately by people with high incomes.”

The legislature eventually passed a tax on computer services that was repealed three months later, and replace by the surcharge on millionaires.

Business groups and financial advisors said this was because Marylanders with high incomes established residence in states with no income tax, such as Florida. But Bergsman said, “The reason we lost millionaires is that the economy has been bad on everyone.”

“You can certainly find anecdotal examples” of people leaving Maryland to avoid state taxes, Bergsman said, but “there’s no convincing evidence” that high-income people flee high-tax states. He noted that Utah recently dropped taxes on millionaires and still wound up with fewer of them.

In October and December, MarylandReporter.com asked David Roose, director of revenue estimates in the Comptroller’s Office, for this year’s report on millionaires. Roose said the analysis might not be done till January. Final tax returns are not due till Oct. 15, and many high-earners seek extensions to that date.

GASOLINE: Raising Maryland’s gasoline tax, which hasn’t gone up in 18 years, has been pushed by business groups for years to fund needed infrastructure. The progressive groups want to raise Maryland’s gas tax by 15 cents per gallon to 38.5 cents. This would raise about $450 million, and the group proposes to return $250 million of the 2007 sales tax hike that went to transportation back to the general fund.

LIQUOR: The groups support the dime-a-drink hike in alcohol taxes, sending the money to health care and the developmentally disabled.

Maryland has some of the lowest alcohol taxes in the nation, and this ten-fold increase in those taxes on beer, wine and distilled spirits appears to have growing support in the legislature.

COMBINED REPORTING: The groups continue to support a move to taxing corporations using combined reporting, taxing their profits on the basis of their sales in Maryland. A Business Tax Reform Commission studying the proposal for two years rejected the idea in November. A study showed that the combined reporting method would have actually brought in less money in 2008 than in 2007.

But the “State of Working Maryland” report says: “Tax year 2008 reflects a low level of profits at the depth of the recession. The 2007 data is more nearly reflective of a normal year.” 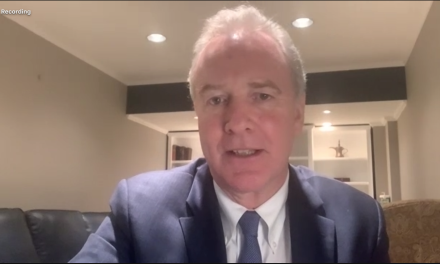