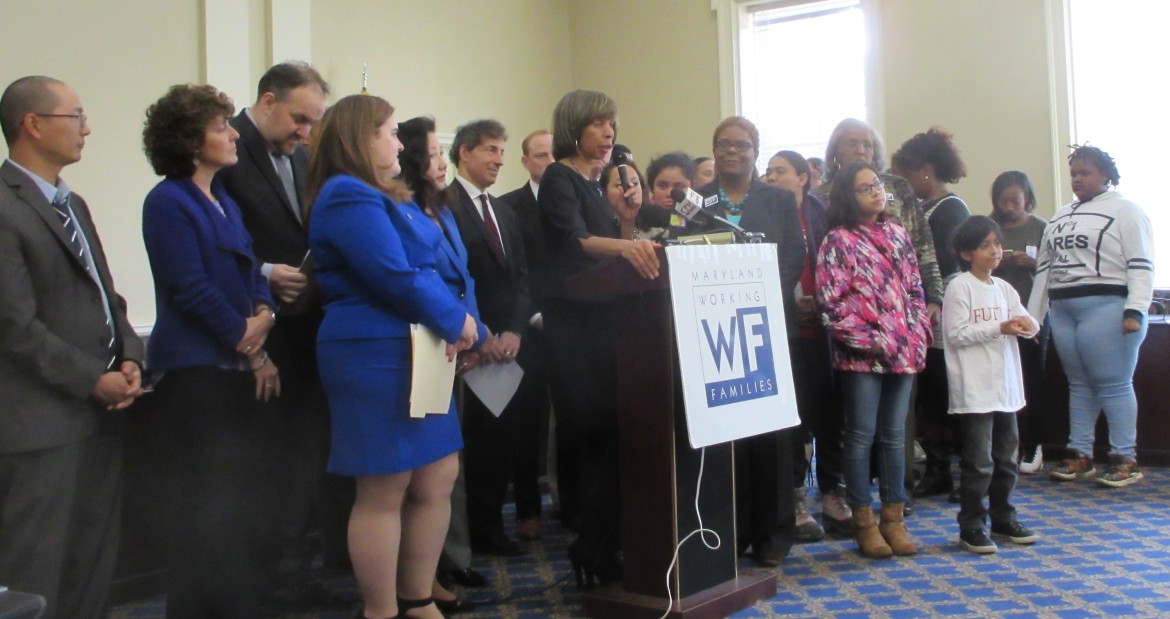 Legislators are bringing back a proposed requirement for paid sick leave, along with a package of bills seeking equal pay for women and family leave.

Employers are already pushing back against the proposal, commissioning a poll that shows Marylanders support the concept of paid sick leave, but withdraw their support when told of its negative consequences.

The poll was conducted by Gonzales Research and Marketing Strategies earlier this month. It found that 73% of Maryland voters support paid sick leave. But that support evaporated when they were told it might cause higher prices, cost jobs, require a new tax on employees, and cause reduced benefits or work hours.

The chart below shows the erosion of support.

“The results of this poll confirm what we already knew about the hard working people of Maryland,” NFIB Maryland state director Mike O’Halloran. “Certainly people are empathetic to the cause of all workers having access to paid time off, but once those surveyed became informed about the consequences of such an action, they changed their tune. The negative impact that a mandate like this could have far outweigh any misconceived benefits.”

Not a push poll, pollster says

In a conference call releasing the results, veteran pollster Patrick Gonzales denied this was a “push poll” since no negatives were listed in the first question about basic support for paid sick leave.

(A more classic example of a push pull is being circulated by 1st Congressional District candidate Michael Smigiel, a former delegate running against Congressman Andy Harris in the Republican primary.

In the poll, using robocalls, “when voters were informed that Rep. Harris had voted to fully fund Obamacare, 82 percent (82%) of the Republican primary voters surveyed would not vote for Harris.” Harris has voted scores of times to repeal or defund Obamacare.

Voters were also told “Harris had voted to fully fund President Barrack Obama’s unconstitutional use of executive power to grant amnesty to millions of illegal aliens.” Both statements apparently referred to the congressman’s vote for an overall budget deal, and misrepresent his consistent positions on those issues.)

The bills requiring Maryland employers to offer what supporters are now calling “earned sick leave” are expected to be introduced with some tweaking from the versions that failed in committee last year, according to Melissa Broome of the Job Opportunities Task Force.

Broome said the poll should be judged based on its corporate sponsors.

At a press conference Wednesday, Del. Luke Clippinger, D-Baltimore, lead House sponsor of the legislation, cited a study of Seattle employers done for the city government by the University of Washington after the city imposed a paid sick leave requirement.

The report, surveying many employers and employees, found little evidence of the negative consequences mentioned in the Gonzales poll questions.

“Costs to employers and impact on businesses have been modest and smaller than anticipated. The majority of employers have seen no effect of the Ordinance on customer service, employee morale, predictability of employee absenteeism, or profitability. Anecdotal cost information puts the cost of providing leave at about four tenths of one percent of total revenue.

But the study also found that many Seattle employers were not complying with the law.