By Len Lazarick
Len@MarylandReporter.com
The commission studying changes to state pensions and retiree benefits will vote in two weeks on whether to recommend that the General Assembly and governor raise the retirement age, trim the cost of health insurance benefits, and eliminate cost-of-living increases for at least five years.

Casper Taylor Jr., the former speaker of the House of Delegates who heads the Public Employees’ and Retirees’ Benefit Sustainability Commission, said the goal is not just to make the pensions more sustainable in the long term, but to save $400 million to $500 million in the next fiscal year.

Taylor told the commission he also favors shifting 40% of the cost of teachers pensions to the county governments, rather than the 50-50 cost sharing passed by the state Senate last year.

Sue Esty, legislative director of the American Federation of State, County and Municipal Employees, the largest union for state employees, said, “None of these proposals sound acceptable to me,” especially given the state furloughs that have effectively cut pay by 2.5% in each of the last three budget years.

“This is a horrible time for employees to be hearing these kinds of threats,” Esty said. Some of the employees sitting with her at the Annapolis hearing of the commission told her they might as well retire now, she said.

Taylor set a fairly low bar for the “sustainability” of funding of the state’s four retirement systems. “I’m using the figure of 80% as sustainable,” Taylor said, typical for public pensions systems, rather than the 100% funding federal rules require for funding of defined benefits plans at private companies.

The state pension system currently is funded at 64% of the amount it must pay out over the next 30 years, leaving it $18 billion in the hole. Investment gains this year are likely to boost that to 69%, meaning the commission needs to come up with billions more in savings.

The eight-member commission is not considering a shift to a defined contribution plan, which has been recommended by a number of outside advocates. Under the current system, the state guarantees a defined benefit pay out based on an employee’s annual salary. A defined contribution plan, now the most common form of retirement benefits in the private sector, only guarantees how much an employer will put into a worker’s 401(k) account.

Taylor said in an interview that no commission member recommended this, which is a move other states have made recently.
Fast action

Under Taylor’s strong leadership, the commission is taking unusually swift action, holding five hearings since it began meeting Oct. 7. The former speaker from Cumberland who is now a lobbyist admitted that he has been under pressure to come up with recommendations for the 2011 legislature, which is why the commission will vote on the package Dec. 13.

“We’re looking at something like $1.8 billion we don’t have” for fiscal 2012, Taylor told the commission.

Committee staff laid out some potential scenario changes in pension and health care benefits in a brief memo Nov. 15. The possible impact of these changes was calculated by actuaries and distributed to the public to discuss at an open hearing a few days later. They include increasing the vesting period to obtain a pension from five to 10 years, and applying the rule of 95 to receive a full pension, meaning a state employee’s age and length of service would have to add up to 95. Currently, state workers can retire after 30 years of service regardless of age, and someone can retire at a reduced pension at 55 after 15 years of service.

Several options would also reduce the amount of pension earned from each year of service from 1.8% of pay to 1.4% or even 1.2% of pay.

There is also a proposal to freeze cost-of-living adjustments for five years or even for as long as 15 years until the state reaches 80% funding. There is even a proposal to base the COLA on the age of the recipient.

There are two different scenarios for decreasing health insurance costs by 10%. One would increase the insurance premiums that employees and retirees pay, and the other would increase direct out-of-pocket costs for medical services.
Commission members cautious

At least two commission members were leery of the cost-cutting approach.

State Treasurer Nancy Kopp, who chairs the state retirement system board, said she wanted to see how the changes would impact lower-paid state workers.

“I don’t think the challenge of this commission is to balance the 2012 budget,” Kopp said.

“I like the idea of the 10%” reduction in health insurance costs, but “I want to see the impact if I’m to make a recommendation,” Hoffman said.

Commission member Aris Mardirossian, who heads a technology firm, said when he joined the commission, “I was ready to cut, cut, cut.”

But now after the briefings and hearing, he said he believes, “employee benefits did not have anything to do with this situation,” Mardirossian said. “We’re not solving the structural problem.”

Ten years ago, the retirement systems for state employees and teachers were 100% funded. This led Gov. Parris Glendening and the legislature to reduce state payments into the system by the so-called corridor method of funding. In combination with poor investment returns, this has left the state with $18 billion in liabilities based on 100% funding, not the 80% target Taylor is proposing.

The state also has about $16 billion in long-term liabilities for health care benefits it has promised. According to legislative staff, those benefits are easier to change than those for pensions. 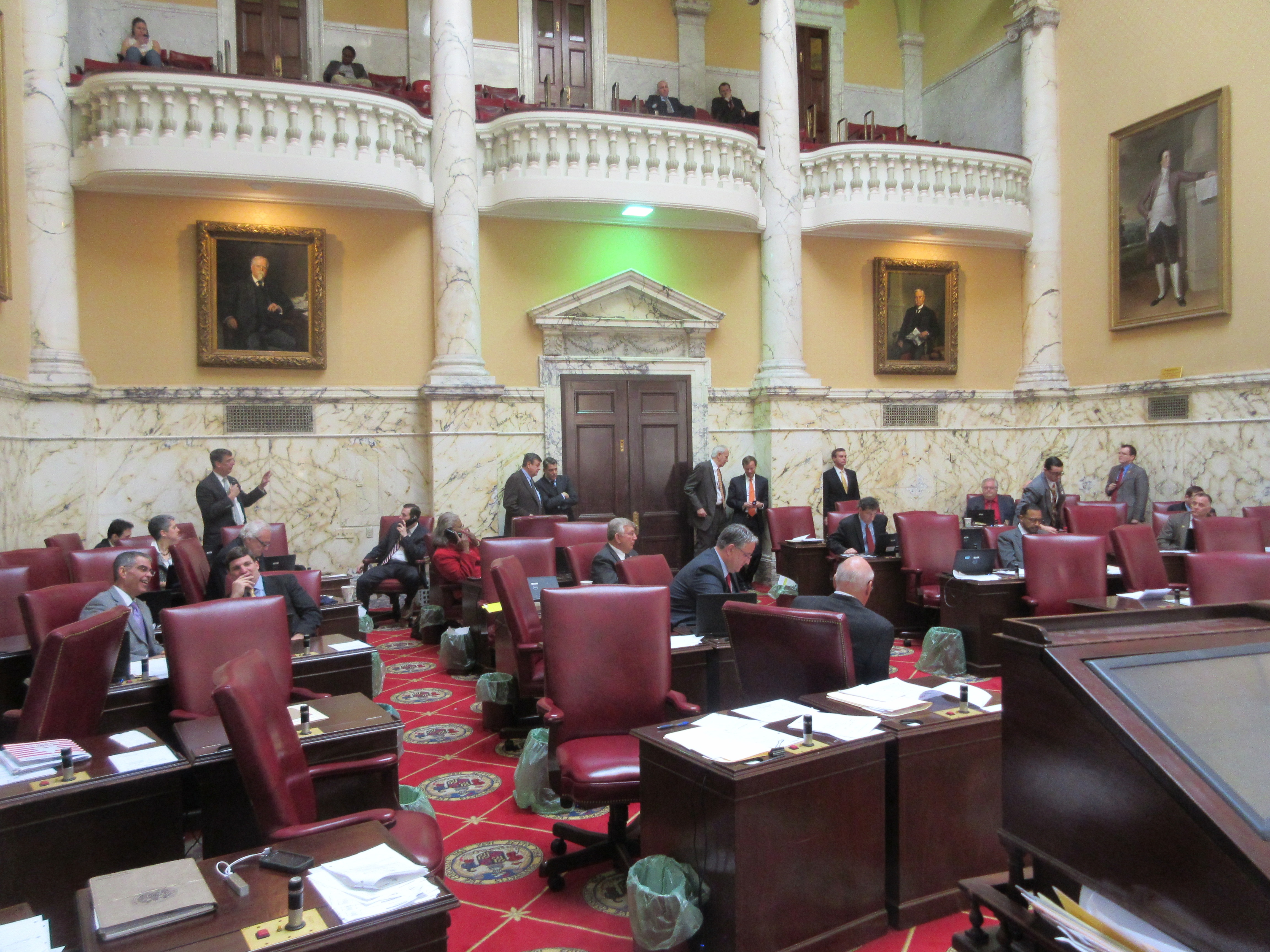