Top Ashwagandha Supplements And Gummies In 2022

Ashwagandha, used for centuries in Eastern medicine, is an herb that has been becoming more and more popular in the Western world lately. It’s now actually one of the more popular supplements on the market today. It helps alleviate many ailments, including anxiety, stress, insomnia, and athletic performance. Many take it daily, while others take it only when highly stressed or anxious.

Several manufacturers produce ashwagandha supplements. Here we will explain more about ashwagandha, how it works, what it is, who should take it, what the side effects are and what the benefits are. We will also show you the top three options available to you.

It is basically an evergreen herb, AKA Withania somnifera. It’s been used in Ayurvedic medicine for many, many centuries, to support health and wellness.

If you take an ashwagandha supplement every day, this may help improve energy levels, support overall wellness, and reduce inflammation.

Ashwagandha, also known as “winter cherry” or Indian ginseng, grows naturally in India, Africa, and the Middle East. The Sanskrit name means “smell of the horse” – due to its unique scent and the claim that it can make you stronger than a horse.

Ashwagandha also helps with stress and anxiety management. It can also help with sexual health and insomnia.

How Does This Herb Work?

This adaptogen changes the way your body will respond to biological, physical, mental or chemical stress. It can also stimulate the body’s natural stress-protection response, which in turn helps you get back to a homeostatic state.

Because we all have that natural “fight or flight” reaction when a stressor occurs, ashwagandha can impact that response, which ultimately changes the way we respond to stress.

Ashwagandha controls the body’s stress mediators, specifically Hsp70 (which are heat shock proteins). It can affect stress hormones like cortisol, as well as JNK-1, or c-Jun N-terminal protein kinase, which is activated by stress. When under stress, these stress biomarkers’ levels will increase. Studies show ashwagandha could decrease these levels, helping to ease anxiety.

Who is Ashwagandha Good For?

Ashwagandha has been popular in Eastern medicine for many centuries and has been used as a comprehensive health and wellness aid. Rather than just target one aspect of your health, it actually supports overall wellness in many ways. This is what makes it great for anyone.

Interested in giving an ashwagandha supplement a try? You may want to start with one of these three, as they are very trustworthy. 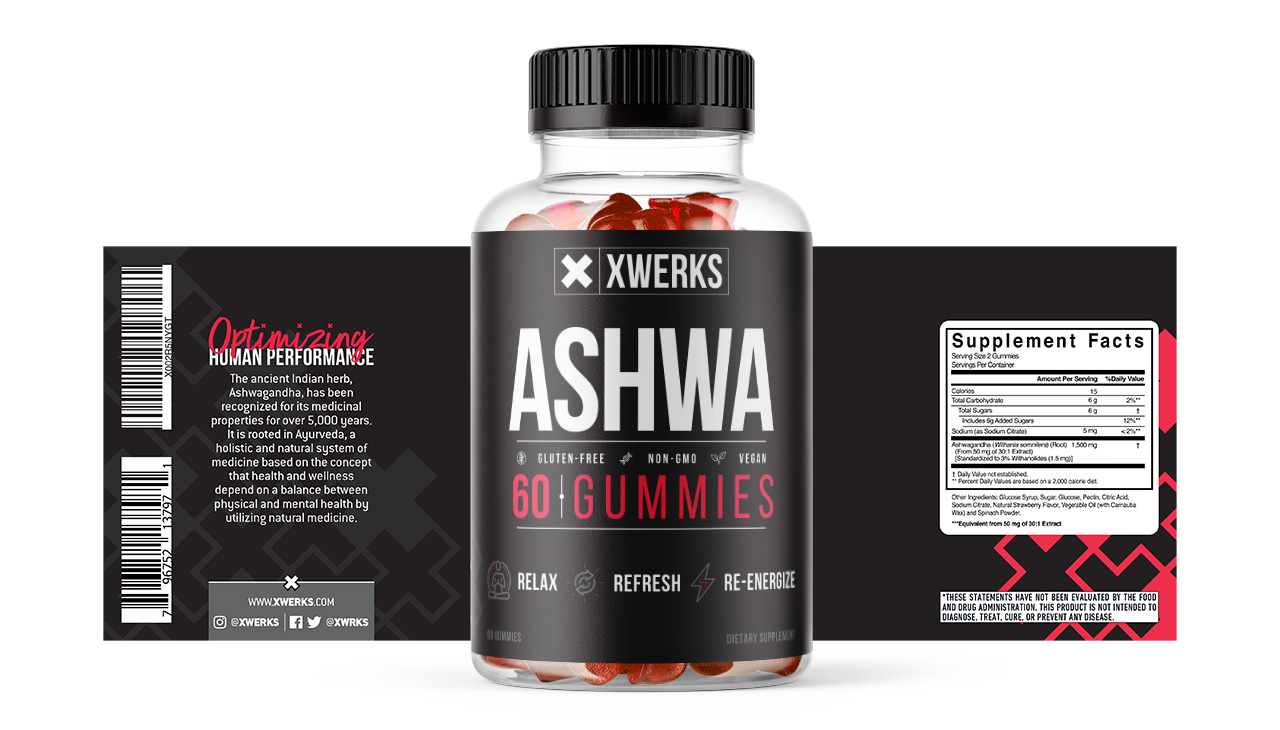 XWERKS Ashwa, one of the most popular on the market, is well-known and respected in the industry. This manufacturer makes high-quality products including CBD, protein powder, pre workout, and creatine. They’ve been making health and fitness supplements for several years, and Ashwa is their own formula – available in gummy form.

It can increase testosterone levels in males, as well as improve athletic performance in both male and female athletes. Ashwa can also improve sleep, neutralize cortisol production and decrease stress levels.

A 30-day supply costs just $19. Like the other XWERKS products, Ashwa has a 100 percent satisfaction guarantee.

One dose has two capsules with 1,300 milligrams of pure ashwagandha. This formula also includes 100 mgs of black pepper extract, which helps with absorption so you get the most out of the supplement.

You may also like to know that Simple Life Nutrition is vegan-friendly and is available in high-quality capsules.

It doesn’t have fancy marketing and only costs $17.99 for a 30-day supply featuring a 30-day money back guarantee.

It has 1,300 milligrams of ashwagandha, which means it’s a high-dose formula that also has 100 mgs of black pepper extract so it’s more bioavailable.

Third-party-tested for quality, purity and potency, you will pay $19.99 for a 30-day supply, with each dose being two capsules. You also get a 100-day satisfaction guarantee.

Here are some of the possible benefits of taking ashwagandha.

Its ability to reduce anxiety and stress is well known. It’s an adaptogen, and this means it adjusts the body’s stress response. It can control the three stress mediators: Hsp70 and JNK-1, as well as cortisol.

It also reduces hypothalamic-pituitary-adrenal axis (HPA) activity – a system in the body that regulates stress response.

There are many studies showing that ashwagandha can relieve stress and anxiety. One study divided 58 participants into three groups. One got 250 milligrams, one got 600 milligrams, and one got a placebo for eight weeks. At the conclusion of the study, the groups that were given some level of ashwagandha showed a decrease in cortisol levels compared with those who received the placebo. The ashwagandha groups also got better sleep than the placebo group.

Another study divided 60 participants into two groups. One got 240 milligrams and one got a placebo. After two month, the ashwagandha group experienced reduced anxiety compared with the placebo group.

This is why it is thought to control stress and anxiety. However there’s still not enough evidence to know what the appropriate dosage is for the treatment of neuropsychiatric disorders as they relate to anxiety.

Ashwagandha may be beneficial for athletes because it can improve performance.

12 studies of male and female athletes taking 120 to 1,250 mgs of ashwagandha every day showed that it could enhance performance including strength and oxygen use during workouts. In another review, ashwagandha was found to improve oxygen consumption in healthy adults and athletes in particular. Athletes and non-athletes should all have excellent oxygen consumption. Low oxygen is linked with increased mortality, while high oxygen can lead to a decreased risk of heart disease.

These studies show ashwagandha could improve muscle strength. One additional study of male athletes who were given 600 milligrams daily and who did resistance training for eight weeks reported muscle size and strength gains.

A 2012 study of stressed adults revealed that those who were given 600 milligrams of ashwagandha every day for two months had a 77 percent reduction in depression symptoms. The placebo group saw just a five percent reduction. The results are not definitive, though, as  only one participant had a history of depression.

Another study found that ashwagandha could improve symptoms and stress in those with schizophrenia. 2013 research showed that those diagnosed with bipolar disorder enjoyed an improvement in cognition with ashwagandha. Again, not enough research has been done on this yet.

It appears ashwagandha may work as an antidepressant in some people, do not use it as a  substitute for any kind of prescription anti-depressants. If you have depression and/or anxiety, talk to your doctor..

Even so, researchers recognize that this isn’t enough to conclusively support ashwagandha benefits when it comes to male fertility.

Ashwagandha could benefit those with high blood glucose levels or those who have diabetes.

A review of 24 studies showed that those who took ashwagandha experienced a reduction in blood glucose, oxidative stress markers,  blood lipids, and hemoglobin A1c. It’s thought that  compounds in ashwagandha, like withaferin A (WA) can fight diabetic activity and stimulate cells that encourage glucose from the blood.

Research in this regard is also limited.

Animal studies show that WA can also reduce inflammatory proteins like IL-10 (interleukin-10). It may even do the same for humans.

In a 2008 study in stressed adults, one group was given a placebo and the other was given ashwagandha. The ashwagandha group experienced reduced C-reactive proteins – a marker for inflammation – compared with the placebo group.

Another study in people with COVID-19 gave them Ayurvedic medication with 0.5 grams of ashwagandha, as well as other herbs, twice a day for a week. At the end of that period, there was a reduction found in the inflammatory markers known as TNF-a, IL-6 and CRP.

The results are certainly promising, but more research is needed to confirm the impact of ashwagandha on inflammation reduction.

Some cognitive functions that may be impacted by ashwagandha include:

One study of 50 adults revealed that taking 600 mgs of ashwagandha every day for eight weeks resulted in big improvements when compared with the placebo group in these specific areas:

Researchers now know that compounds in ashwagandha, like WA, may have an antioxidant effect on our brains, a good thing for cognitive health.

Ashwagandha could help with sleep issues, including those who have insomnia. Thus, it could promote restful sleep.

One study of adults between the ages of 65 and 80 showed that taking 600 mgs of ashwagandha every day for 12 weeks led to sleep quality improvements, compared with a placebo group. Upon waking, mental alertness was also improved.

In another review, ashwagandha was found to offer a small yet positive impact on sleep quality., with the ability to reduce anxiety and thus promote restful sleep. In turn, this makes people feel more alert when they wake up.

The results were more noticeable in people with insomnia and in people who consumed 600+ milligrams of ashwagandha every day for eight weeks.

Ashwagandha seems to be safe for most people, but the long-term effects are still not clear.

One review revealed ashwagandha is effective and safe in regards to management of certain conditions, such as stress, insomnia, and anxiety.

In an eight-week study of 80 healthy males and females, it was shown that 600 mgs of ashwagandha taken every day had no adverse effects. However, there are certain people who shouldn’t take ashwagandha or should talk to their doctor before taking it.

Keep in mind that the effects aren’t immediate. Sometimes you could take it many weeks to many months before noticing the effects. You can take it on an empty stomach or you can take it with food. You could also take your daily dose at one time or spread it out over the day.

Ashwagandha is generally safe. Most people have few to no side effects. But if you have a medical condition, talk to your physician before taking the supplement. Don’t take it if you are pregnant or nursing, as the evidence is unclear on the effects on fetuses and babies.

The most common side effects include:

Talk with your doctor if you suffer from these medical conditions:

If your doctor says that ashwagandha supplementation is OK to take, do the research to ensure you’re choosing the right supplement. Look for proof of third-party testing, as well as customer reviews.

Eastern medicine has been using ashwagandha for centuries as treatment of a variety of conditions. It has become popular in the Western world in recent years as a treatment for stress,  anxiety, insomnia, inflammation, and more. There are several advantages of ashwagandha with few side effects. If you want a natural way to enhance health and well-being, this could be a good supplement to try.

There are many brands and formulas on the market today, so it can be difficult to find the right one for you. This is why we tried to give you the best ashwagandha supplements to start out your journey. They all have a satisfaction guarantee, so if you do not like it just ask for a refund.

Any advice or guidelines revealed here are not even remotely a substitute for sound medical advice from a licensed healthcare provider. Make sure to consult with a professional physician before making any purchasing decision. Individual results may vary as the statements made regarding these products have not been evaluated by the Food and Drug Administration. The efficacy of these products has not been confirmed by FDA-approved research. These products are not intended to diagnose, treat, cure or prevent any disease. 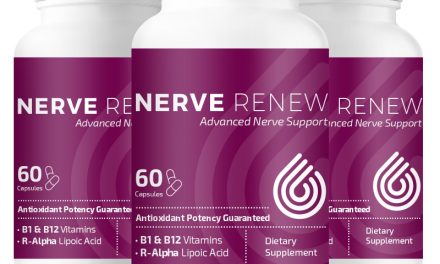 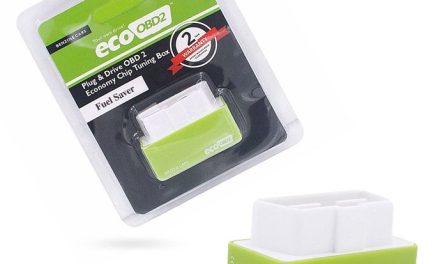 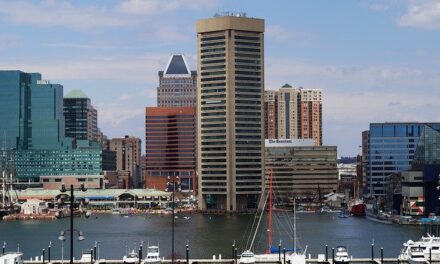 What You Wish You Knew Before Moving To Maryland