PURPLE LINE CONSTRUCTION RESTARTING IN AUGUST: More than 1½ years since the contractor building Maryland’s Purple Line quit in a dispute over delays and cost overruns, a new construction team is gearing up to complete the first direct suburb-to-suburb rail line in the Washington region. Katherine Shaver/The Washington Post.

PAID FAMILY LEAVE LAW GETS MIXED REACTIONS: Reaction to passage of a Maryland law that would allow employees to take between 12 and 24 weeks of paid family and medical leave is getting mixed reaction from business and labor leaders. Time to Care Act of 2022 was passed by the General Assembly during its session that ended April 11. Gov. Larry Hogan, a Republican, vetoed the bill before the end of the session and the General Assembly, controlled by Democrats, overrode the veto. Michael Garcia/The Hagerstown Herald Mail.

ABORTION RIGHTS IN MARYLAND: The draft opinion leaked last week from the chambers of the U.S. Supreme Court, which revealed a majority of the justices favored overturning Roe v. Wade, sparked plenty of questions, even in states like Maryland, where the right to an abortion is in state law. There are five things to know about where things stand in Maryland. Christine Condon and Ngan Ho/The Baltimore Sun.

DEMS CONTINUE TO PUSH HOGAN FOR ABORTION TRAINING FUNDS: Democratic lawmakers pressed again Friday for the release of $3.5 million to train clinicians as Maryland’s expanded abortion law is set to take effect — but Gov. Hogan continued to express doubt about the law, which would allow providers other than physicians to perform the procedures. “You have committed to treating reproductive rights as ‘settled law’ in Maryland, and yet in the face of grave threats, you appear to be failing to protect these rights for Marylanders,” the lawmakers wrote in a letter to Hogan. Danielle Gaines and Josh Kurtz/Maryland Matters.

OPINION: HOGAN BETRAYS MARYLANDERS: During his more than seven years in office, Gov. Larry Hogan has deployed a deft hand in balancing his conservative instincts as a Republican executive in an overwhelmingly Democratic state. But by withholding $3.5 million in legislatively approved funds intended to train medical professionals to provide safe abortions, Mr. Hogan has betrayed the wishes of many Marylanders on grounds that appear disingenuous. The Editorial Board/The Washington Post.

OPINION: DEMOCRATS BEHIND AGAIN: So THIS time Democrats are vowing to mobilize their voters around the issue of abortion and the Supreme Court. Isn’t it a little too late for those declarations, now that we’re at the precipice of a public health catastrophe? Josh Kurtz/Maryland Matters. 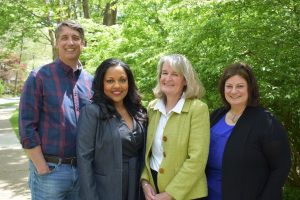 8 STATE SENATORS SLIDE INTO RE-ELECTION: For the second four-year election cycle in a row, Howard County Sen. Guy Guzzone, one of the most powerful legislators in Annapolis as chair of the Budget and Taxation Committee, has no opponent in the Democratic primary and no Republican challenger in the fall. Seven other incumbent senators, four Democrats and three Republicans, also walked into reelection when no one filed to run against them last month. Len Lazarick/Maryland Reporter.

SEN. SIMONAIRE RUNS FOR RE-ELECTION: Republican District 31 Sen. Bryan Simonaire is running for reelection. The Pasadena resident will be campaigning in a far different district than the one he has come to know as senator for the past 16 years. Dana Munro/The Capital Gazette.

WA CO LAWMAKERS TOUT MONEY VICTORIES: After a year marked by a budget surplus, Washington County state lawmakers are touting monetary victories during the 2022 Maryland General Assembly that ended in April. “I think we probably got more funding than we would have,” Del. Bill Wivell, R-Washington and county delegation chair, told The Herald-Mail in a telephone interview. “This is the first year since I’ve been (elected) they’ve had a structural surplus … they’ve always been dealing with structural deficits.” Michael Garcia/The Hagerstown Herald Mail.

SCHULZ, COX REPRESENT DIFFERENT WINGS OF GOP: Kelly Schulz, 53, and Dan Cox, 47, present contrasting loyalties and styles and represent separate wings of the Maryland GOP as they both seek the Republican nomination for governor. She is aligned with Hogan, a moderate, two-term Republican, and Cox with the right-wing Trump. A four-way July 19 primary will help define the state party’s trajectory and test Trump’s influence. Jeff Barker and Sam Janesh/The Baltimore Sun.

SEEKING 7th TERM, REP. HARRIS MUM ON TERM LIMITS HE SUPPORTS: The congressional term limits debate is back, and its reemergence comes at an awkward time for Maryland Republican Rep. Andy Harris. The conservative lawmaker was long an ardent term limits backer, sponsoring legislation and making public pronouncements. But he’s remained silent on the issue this year as he seeks a seventh term after pledging more than a decade ago to serve no more than six. Jeff Barker/The Baltimore Sun.

DISCRIMINATION SUIT AGAINST HARFORD SCHOOLS NEARS END: After a year, a federal lawsuit accusing Harford County’s Public Schools of discriminating against and demoting four Black female assistant principals without due process may be reaching a conclusion. Tony Roberts/The Aegis.

POLITICAL BRIEFS: ENVIRONMENTALISTS ALSO BACK ELRICH: Among endorsement news: One week after the Sierra Club endorsed businessman David T. Blair in the Democratic primary for Montgomery County executive, an ad hoc group of environmentalists, including some Sierra Club veterans, has formed to back the man Blair is trying to oust, incumbent Marc B. Elrich. Josh Kurtz and Bruce DePuyt/Maryland Matters.

HOSPITALIZATIONS LOW DESPITE RISE IN COVID: As COVID-19 cases continue to rise in Montgomery County, hospitalizations remain low and transmission is at a moderate level — a trend that is attributed to high vaccination rates, the effects of natural immunity and other factors, local health officials say. Steve Bohnel/Bethesda Beat.