STORM-WATER: The Sun’s Timothy Wheeler writes about a compromise between builders, environmentalists and and government officials regarding rules for storm-water pollution, which have been contested several times during this session. Tom LoBianco on Center Maryland has more details.

2010: Gov. Martin O’Malley has already set a course down the campaign trail, picking up early endorsements from firefighters, reports  John Wagner in Maryland Politics blog at the Washington Post. The Baltimore Sun’s Julie Bykowicz is quick to point out that no one has supported O’Malley’s Republican challenger, because a certain someone hasn’t announced his candidacy.

ABORTION: Protesters say Maryland is one of the states with the most “permissive” abortion laws according to an Associated Press story, posted by Fox 45 Baltimore.

MILLER: Senate President Mike Miller’s son was approved by a Senate committee as an Anne Arundel County District Court judge by a vote Monday night, according to The Sun’s Annie Linskey.

BUDGET: MarylandReporter.com associate editor Andy Rosen reports no decisions will be made for another week regarding cuts to Gov. Martin O’Malley’s $32 million budget proposal, citing snow as a factor in the delay.

UMCP PRESIDENT: Lauren Redding at The Diamondback profiles the dean heading the search for the new president of the state’s flagship university.
And Anna Isaacs profiles the only undergraduate student on the search committee. 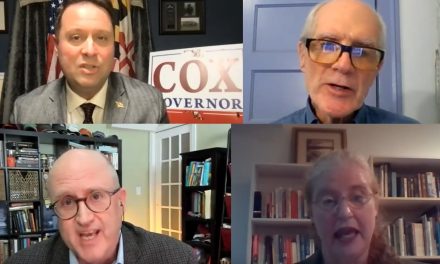