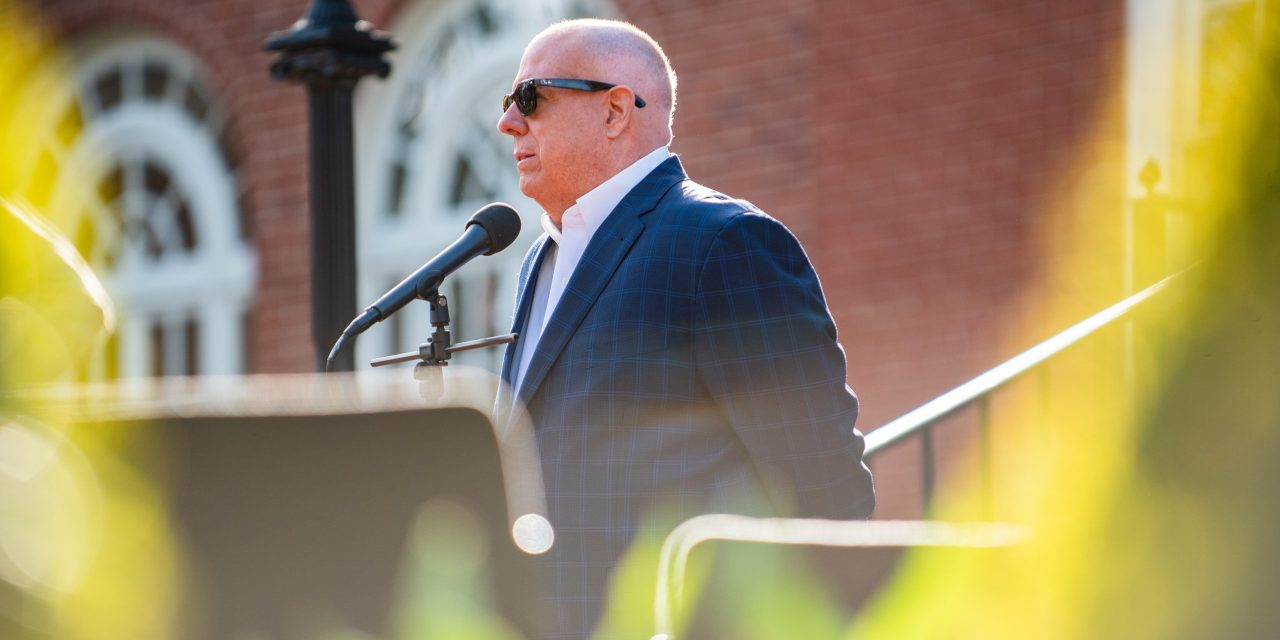 Republican Gov. Larry Hogan touted tax relief and the defeat of the “worst gerrymandered maps in America” as the highlights of his “best session yet.” (Joe Ryan/Capital News Service)

Democratic lawmakers in the state claimed victories of their own, overriding 10 vetoes from the governor in the past week to set in law some of their legislative priorities.

Hogan, a Republican, called the 90-day 2022 General Assembly the “best session yet” of his two terms as governor at a press conference Monday.

In a bipartisan agreement with the legislature, Hogan was able to secure tax cuts for Maryland retirees, which he had named as a top priority. A proposed congressional district plan that he dubbed “the worst gerrymandered maps in America” was dropped after a judge ordered it redrawn last month.

“I think we’re going to leave the state in better shape than when we found it,” Hogan said. “I think by any measure, Maryland is far better off than it was eight years ago.”

Standing on the front lawn of the governor’s residence, Hogan again said he would not be making an announcement about his plans after leaving the office next January. His name has been mentioned among possible candidates for the White House in 2024.

In February, Hogan declined strong overtures from national Republicans to run for the U.S. Senate this year, killing the party’s best chance to flip the seat currently held by Democrat Chris Van Hollen.

“I’m going to run through the tape until next January,” Hogan said. “I’ve got nine months left to go. I’m going to be the best governor I can be.”

But on the final day of the session, Democratic lawmakers also boasted about what they saw as legislative victories.

Senate President Bill Ferguson, D-Baltimore, called the session “historic” at a press conference on the Senate floor Monday. He pointed to the passage of a paid medical family leave program, criminal justice legislation and law enforcement investments as crowning accomplishments.

The Democratic legislative supermajority also overrode several Hogan vetoes to deliver on a number of progressive priorities, including the paid family medical leave program and a bill to increase abortion access.

Ferguson said Democrats’ focus on the abortion bill was for more access for women by expanding the categories of medical professionals who could perform the procedure.

“That was the problem that needed to be solved,” he said. “I think at the end of the day that was the priority.”

Hogan allowed milestone environmental legislation and a bill to ban the sale and possession of unregistered “ghost guns” to become law by not vetoing or signing the bills, cementing efforts championed by Democrats.

“This is the bluest state in America, and we have more than 70% far left majorities in both houses,” Hogan said. “So, they’re going to be able to get some things done, and we’re not always going to agree.”