The final revenue prediction for the fiscal 2012 budget left the numbers largely unchanged. That’s a good thing, said Bureau of Revenue Estimates Director David Roose, because revenues are stable, but a bad thing because the economy is continuing its sluggish rebound from the recession.

The crawling revenue growth, board members said, will likely mean more hard times for the state’s budget. During the recession, revenues have been rather stagnant. And in fiscal year 2012, with most federal stimulus funds gone, the state will be struggling to make ends meet.

“We are towards the end of a very prolonged recession, but we’re not through it,” said Gov. Martin O’Malley. “We’re on our last year or two.”

With the new figures, presented on Wednesday to the board, projected revenues for the current fiscal year ticked up $57 million, but shifted only slightly for fiscal year 2012. That made officials cautiously optimistic.

Comptroller Peter Franchot, chairman of the Board of Revenue Estimates, said: “We have a positive uptick, but we need to keep our eye on the ball and pay attention to the economy.”

Income taxes represented the biggest adjustments to the current year estimates. Roose said that 53,000 jobs have been created in the state, and almost every employment sector is growing. At the beginning of 2011, he said, there will be several thousand jobs coming into the state. Based on this data, the board expects a net increase of $44.5 million in tax revenues – a 1.2% increase.

Revenue growth is anticipated, but it is rather slow. Franchot said that that the 3.3% revenue growth projected for FY 2012 – one of the slowest in recent years — is a far cry from the 14% growth that would be needed to bring revenues to the same level as they were before the recession.

Tax cuts and economic plans that are currently being discussed by the federal government have not been considered in the new revenue projections. Roose said they could result in the state receiving another $100 million in the coming years.

Treasurer Nancy Kopp, who also sits on the revenue board, said that she is glad to see a light at the end of the tunnel, and that more jobs will be coming through BRAC and other initiatives in the coming months. However, things will not be easy for the state’s budgeting process.

“It’s good news, but this is a tough hill to climb, even with the strongest legs,” Kopp said.

The governor, who is currently working on his fiscal year 2012 budget proposal, is very familiar with that gap.

“It’s not doomsday,” O’Malley said. “These are tough days.”

O’Malley said he is going through the difficult process of making cuts to programs for his 2012 budget package. There are no easy answers or reductions, he said, and he said that the cuts should seem more painful in the next fiscal year. However, he said he is not going to propose a budget with any tax increases – just cuts.

The estimates are based on economic forecasts done by three outside consultants – Moody’s Analytics (Economy.com), the Regional Economic Studies Institute at Towson University and Sage Policy Group headed by economist Anirban Basu.

Members of the business community also advise the board. Final estimates are done by revenue analysts from the budget department, the legislature and the comptroller’s office. 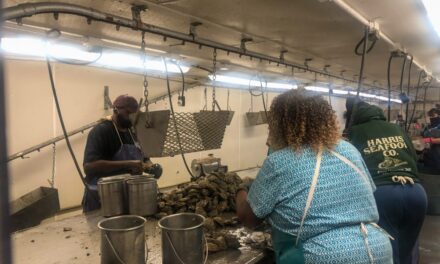