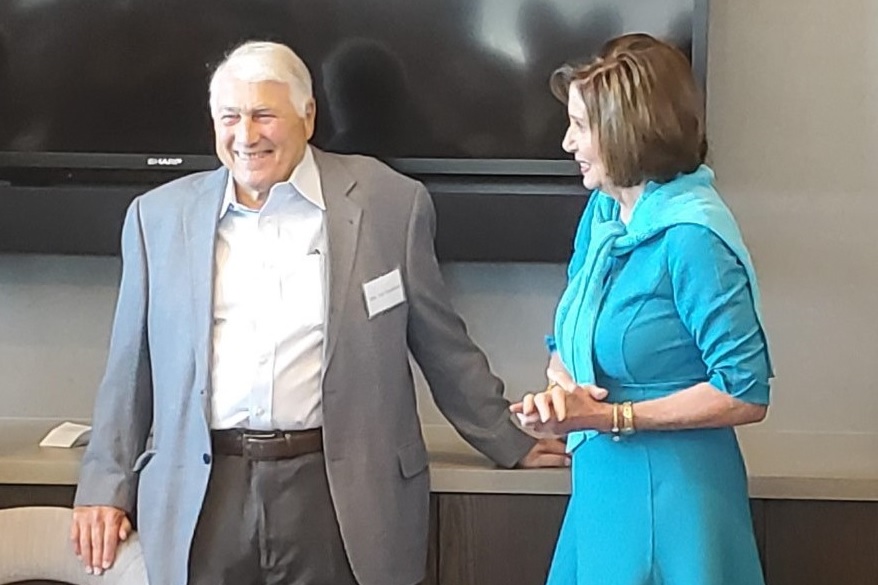 HOGAN WANTS TO SAVE SURPLUS FOR A RAINY DAY: Calling for fiscal discipline, Gov. Larry Hogan Thursday outlined a five-point plan for how the state will allocate the funds derived from its $2.5 billion budget surplus, Bryan Renbaum reports for MarylandReporter.com.

BALT. CO ‘LEGEND’ TED VENETOULIS REMEMBERED: Theodore G. “Ted” Venetoulis, government reformer and “a revered part of the fabric of our community,” according to U.S. House Speaker Nancy Pelosi, died Wednesday, Pamela Wood reports for the Sun. Venetoulis was the son of Greek immigrants who steered Baltimore County’s government out of a time of scandal and later worked in TV and publishing, and was an important supporter for the idea of a nonprofit newspaper in Baltimore.

EMBATTLED MCGRATH DEFIANT ON SOCIAL MEDIA: Roy McGrath, the former chief of staff to Maryland Gov. Larry Hogan who faces state and federal criminal charges related to a controversial payout to move from one state job to another, was defiant in a social media post Thursday night, blasting “politically-motivated bullies,” Pamela Wood reports for the Sun.

PEDIATRIC VACCINE SUBMITTED FOR APPROVAL: Hogan is hoping to see vaccine approval for kids before Halloween, and said the state will be ready to administer more booster shots and vaccinate children between the ages of 5 and 11 once the federal government gives the go-ahead, Zeke Hartner reports for WTOP.

OFFSHORE WIND WILL BRING ONSHORE FACILITY: Ørsted will create a $20 million operations and maintenance facility in West Ocean City as its wind turbine project takes off, with 110 construction jobs for the facility, Kristian Jaime reports for the Salisbury Daily Times.

CENSUS TAKEAWAYS: Like the rest of the country, Maryland has become more diverse, Aadit Tambe reports with key takeaways from the U.S. Census for the Capital News Service in MarylandReporter.com.

BARRON FIRST BLACK PERSON TO BE MD’S U.S. ATTORNEY: Erek L. Barron has officially been sworn in as the 49th United States Attorney for the District of Maryland, William Carter reports for WBAL NewsRadio. Barron, a former state delegate, is the first Black person to hold the title and first Democrat in 20 years.

RIEMER CALLED OUT FOR FINANCIAL TIES TO VACCINE MAKER AS HE PUSHES MANDATE: Three Montgomery County labor unions are drawing attention to County Council Member Hans Riemer’s ties to Pfizer as he calls for mandatory employee vaccinations, Dan Schere reports for Bethesda Beat. His wife, Angela Riemer, is a vice president of federal government relations for Pfizer, and the household owns stock in the company, as listed on Riemer’s financial disclosure forms.