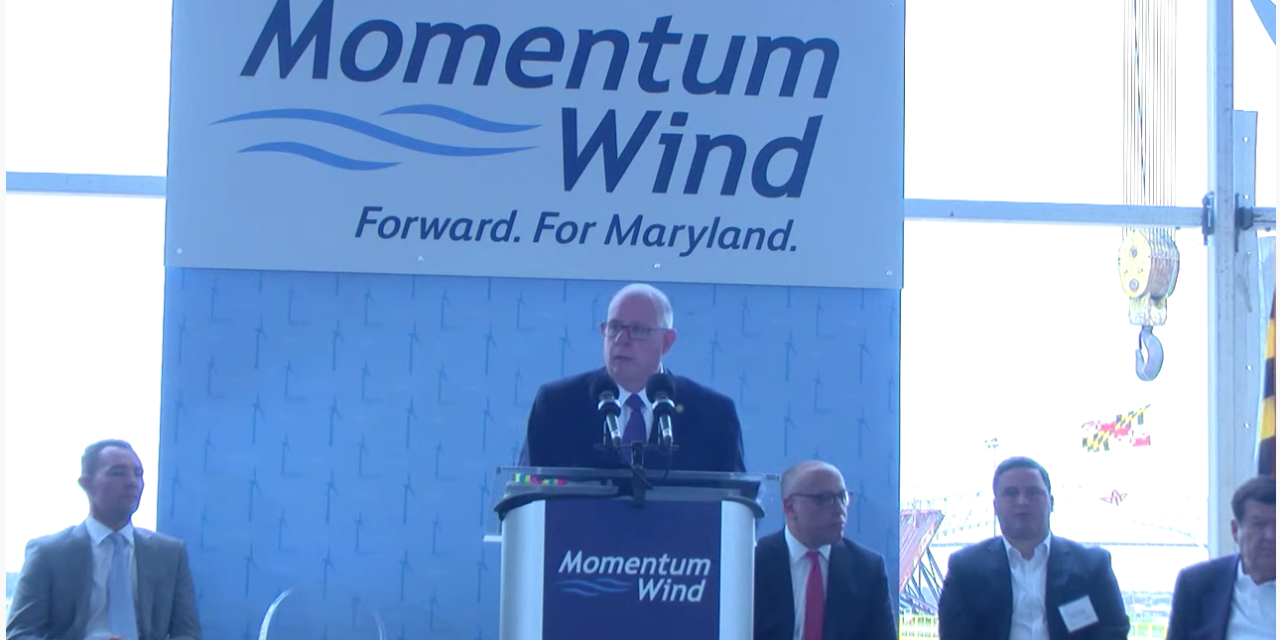 Gov. Larry Hogan Tuesday touted news that a Maryland company plans to build a large offshore wind farm off the coast of Ocean City on federally leased land and with the use of renewable energy credits.

The wind expansion project was made possible through a partnership between US Wind and the global logistics center, Tradepoint Atlantic, which is located at Sparrows Point. The plan is for the wind farm to be built on an 88,000-acre parcel of land US Wind acquired in 2014. The steel for the wind turbines will be built at Sparrows Point, formerly the home of Bethlehem Steel. In total, the project is expected to generate 1,200 megawatts of electricity.

“Offshore wind presents a once-in-a-generation opportunity for the state of Maryland to expand and diversify our economy and our energy portfolio,” Hogan said at an impromptu news conference at the Sparrows Point Shipyard where he was accompanied by state and local elected officials. “The job creation potential and associated economic benefits for the broader supply chain of offshore wind development is an absolute game-changer.”

The governor added: “In fact, offshore wind commitments made by Atlantic states from Maine to North Carolina, have the potential to support up to 86,000 jobs, $57 billion in investments, and provide up to $25 billion in economic output by 2030.”

“We are excited to see offshore wind projects creating thousands of jobs, thousands of MWs of clean power, and bringing incredible opportunities to the state,” Josh Tulkin, Director of the Maryland Chapter of the Sierra Club, said in a statement. “The vision of the Clean Energy Jobs Act was to bring good-paying clean energy jobs to Maryland, and that is exactly what US Wind just announced. Maryland must continue to lead by example on battling the effects of climate change, while also being the third-most vulnerable state to climate change-caused sea-level rise.”

“This project will expand Maryland’s access to clean energy and will create good jobs across the state,” Staci Hartwell, Environment and Climate Justice Chair, NAACP Maryland State Conference, said in a statement. “Offshore wind will also lead to new economic opportunities for Minority Business Enterprises, thanks to requirements established by the General Assembly. The U.S. Wind project is a win for the environment and for economic equity in Maryland.”

The project is expected to bring as many as 3,600 jobs to Maryland and more than $800 million in investments to the state. 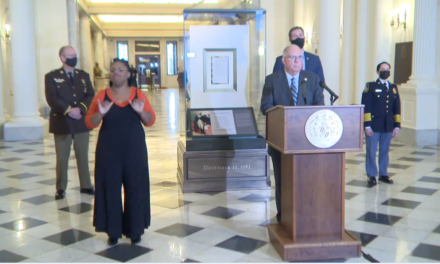 Hogan: MSP to ramp-up COVID-related compliance checks ahead of Thanksgiving