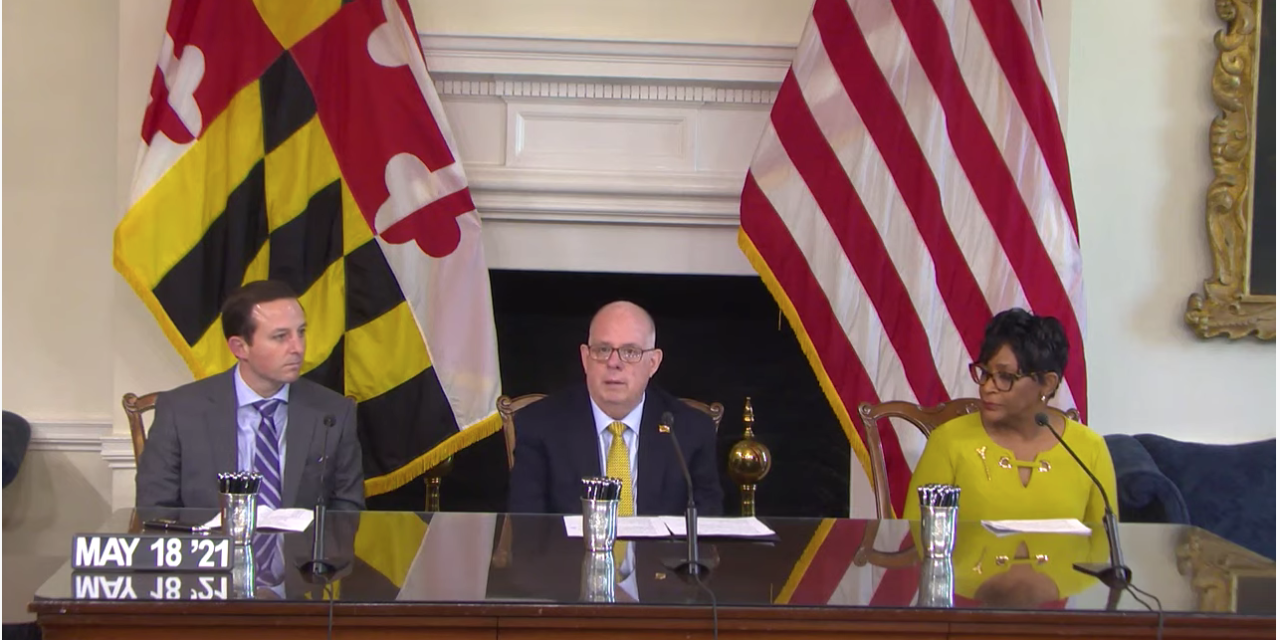 The bill signing took place at an afternoon ceremony at the State House. The governor was accompanied by Senate President Bill Ferguson and House Speaker Adrienne Jones. Both lawmakers are Democrats.

“I want to thank the presiding officers and legislators on both sides of the aisle. I think it was a really good session,” Hogan said.

Hogan called Maryland, Maryland-a song based on an 1861 poem by James Ryder Randall that has been the state song since 1939 and is sung to the melody of the Christmas song O Tannenbaum- “a relic of the Confederacy that is clearly outdated and out-of-touch.”

Ferguson noted that the ceremony marked the first time in more than a year that the three leaders were able to gather without having to wear masks.

Maryland’s COVID-19 positivity rate sunk to its lowest level on record since the beginning of the pandemic on Tuesday at 2.23%. And as of Tuesday two-thirds of Marylanders have received at least one dose of the vaccine. However, Baltimore officials reported 40 percent of the population has been vaccinated so the mask mandate is still in place.

Jones, for her part, noted that the legislative session was historic for its focus on racial equity issues.

“This year we specifically looked at legislation through the lens of inclusion.”

Also at Tuesday’s ceremony, Hogan said that the State House will be reopened to the general public on Friday for the first time in more than a year.

Following the ceremony, the three leaders elaborated on that announcement in a joint statement.

“We are pleased to announce that the Maryland State House will reopen to the public this Friday. Health screening protocols will be in place for visitors, and information on how to get vaccinated will be available.  The State House is one of the great and enduring symbols of our democracy. Throughout the crises of the last year, the work that goes on inside the building has continued, and the fundamental values of freedom and equality that it honors have become even more important to preserve. We look forward to welcoming Marylanders and visitors back to our iconic State House.”

Members of the general public can visit the State House from 9 a.m. to 5 p.m.

During this year’s legislative session access to the State House was largely limited to lawmakers, staff, and members of media.

During a normal year, the State House is bustling with activity from citizen activists, lobbyists, and tourists.

Debate unlikely to tell us what we really ought to know