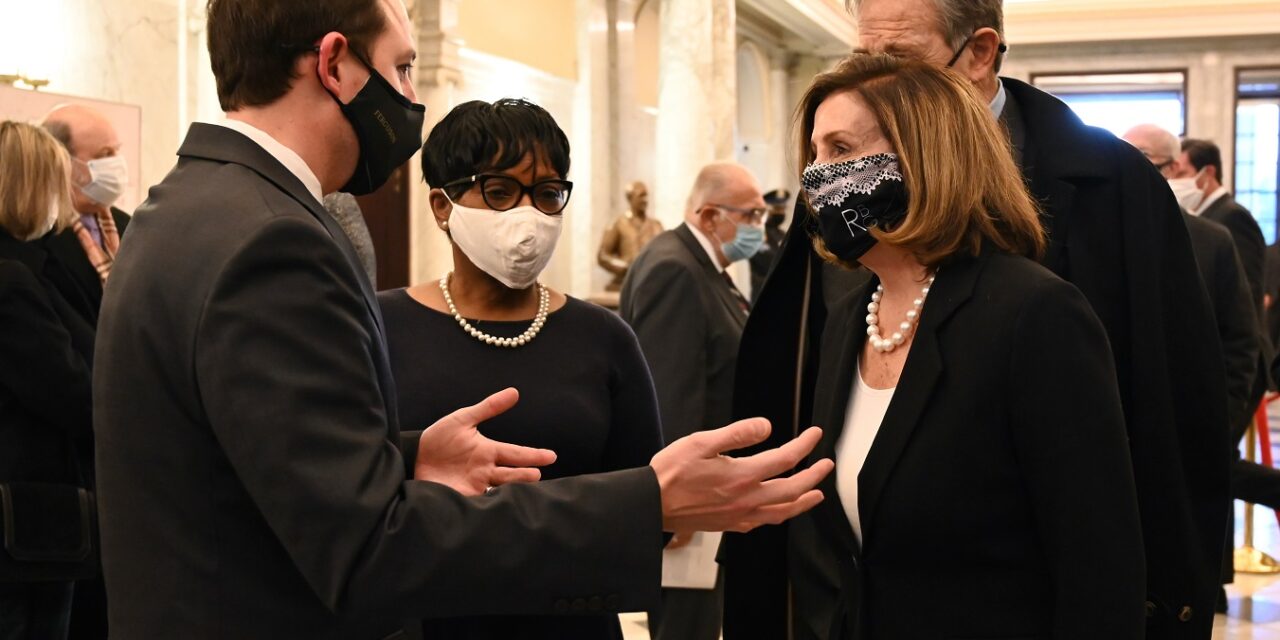 RACIAL DISPARITIES IN VACCINATIONS: As Maryland health officials scramble to meet growing demand for the coronavirus vaccine, a red flag is emerging: Minorities, who’ve been hit hardest by the disease, have received shots at disproportionately low rates, Alex Mann, Hallie Miller and Meredith Cohn of the Sun report.

STATE MOVES TO PHASE 1C OF COVID VACCINE PLAN: Alex Mann of the Sun writes that Maryland recently moved into Phase 1B of its COVID-19 vaccination plan, with Phase 1C soon to follow. You can sign up for a vaccine through the state, a county health department or certain healthcare providers. He offers a list of links by county and health system for where to go to make appointments for the coronavirus vaccine if you’re eligible to receive it.

28 MORE COVID DEATHS, 2,145 NEW CASES: Maryland reported 2,145 new cases of the coronavirus and 28 more deaths Sunday as the state administered about 12,000 doses of the COVID-19 vaccine. Sunday’s additions bring the state’s total to 341,452 cases of COVID-19, the illness caused by the virus, and 6,690 people who have died due to the disease or complications from it, Phil Davis of the Sun reports.

AFSCME: 3 MORE STATE WORKERS DEAD OF COVID: The state’s largest state worker union announced the deaths of three more of its members from COVID-19 Friday, including two officers from the Department of Public Safety and Correctional Services and one worker from the University System of Maryland, reports Hannah Gaskill for Maryland Matters.

HOWARD AIMS AT MARCH 1 FOR HYBRID SCHOOL: The Howard County school system is now aiming to get students back in classrooms in a hybrid learning model on March 1, said Superintendent Michael Martirano during the school board’s meeting Thursday night, Jacob Calvin Meyer reports for the Howard County Times.

MIKE MILLER HONORED WITH STATE HOUSE SERVICE: Thomas V. Mike Miller Jr., the longest-serving state Senate president in U.S. history and titan of Maryland politics for decades, lay in state Friday as part of a multi-day memorial that concluded with the family’s private Mass and interment Saturday. The Maryland-flag-draped casket of the late Senate president emeritus, who died of prostate cancer Jan 15. at 78, was on display at the State House for three hours in the morning and three in the afternoon, with a state Senate ceremony at noon, Jack Hogan of CNS writes in a story published by Maryland Reporter.

FREDERICK LEADERS MULL BODY CAMS: After a House of Delegates work group zeroed in on criminal justice and police accountability, the issue of body-worn cameras for law enforcement is again being debated among Frederick’s public safety leaders. The years-running discussion now comes against a backdrop of heightened racial reckoning and equity in law enforcement across the nation. Mary Grace Keller reports in the Frederick News-Post.

BILL TO AID CHILDREN WITH SEIZURES: Tom Hindle of Capital News Service reports in a story for Maryland Reporter that proposed legislation would increase protections for children who experience seizures in school and mandate at least two staff members are trained how to medically respond. All teachers would need to take online seizure recognition coursework every year — provided by the Epilepsy Foundation of America.

ENVIRONMENTAL RIGHTS AS CIVIL RIGHTS: Maryland lawmakers are seeking to amend the state constitution to establish that everybody has an inalienable right to a healthy environment. “I think it’s important to formally recognize environmental rights as civil rights,” the bill’s sponsor Del. Wanika B. Fisher (D-Prince George’s) said during a House Environment and Transportation Committee hearing Wednesday afternoon. “This issue is dear to my heart as my constituents face the harsh effects of environmental injustice.” Samantha Hawkins reports in Maryland Matters.

CAPITOL POLICE PROBE HARRIS GUN INCIDENT: The U.S. Capitol Police department has launched an investigation after Rep. Andy Harris (R-Md.) set off a magnetometer near the House chamber while carrying a concealed gun Thursday afternoon, according to a Hill staffer with knowledge of the incident, Meagan Flynn of the Post reports.

HARRIS GOT $345,000 FROM CLUB FOR GROWTH BACKERS IN 10 YEARS: The Club for Growth, an anti-tax group funded by billionaires, has been the primary financial backer of Andy Harris. Harris has received about $345,000 from individuals associated with the Club for Growth since 2010, Stephanie Kirchgaessner of the Guardian reports.

HARRIS RETURNS FIRE TO HARFORD COUNCILMAN: Rep. Andy Harris fired back at Harford County Councilman Andre Johnson after being called on to resign following his opposition to certification of President Joe Biden’s victory in the general election, James Whitlow of the Aegis reports.

OPINION: HARRIS SHOULD RESIGN OR …: Brian Griffiths of the Duckpin opines that U.S. Rep. Harris “should resign. If he doesn’t resign, he should face a formidable primary challenger,” writing that Harris ducked his duties of voting on former President Donald Trump’s impeachent even though he “could have submitted a proxy to another member for his vote on impeachment. But instead, Harris just ducked the vote like a coward.”

MIZEUR CONSIDERS RUN AGAINST HARRIS: Former Del. Heather Mizeur is considering running to unseat Harris in the U.S.House. She’s put out a feeler on Facebook and asked folks to respond if they think it is a good idea, writes Adam Pagnucco for Seventh State. The responses? Positive thus far.

ARUNDEL EMPLOYEE PAY: Olivia Sanchez of the Capital Gazette reports that at least 645 Anne Arundel County employees are paid more than $100,000, up from 502 employees who made that much in August 2019, according to an analysis of salary data by The Capital.

FAMILY SUES MO CO, CLAIMING 5-YEAR-OLD HARASSED BY POLICE: A Silver Spring family is suing the county and the school district after they say their 5-year-old son was assaulted and harassed by officers for walking away from class last year, Caitlynn Peetz of Bethesda Beat reports.