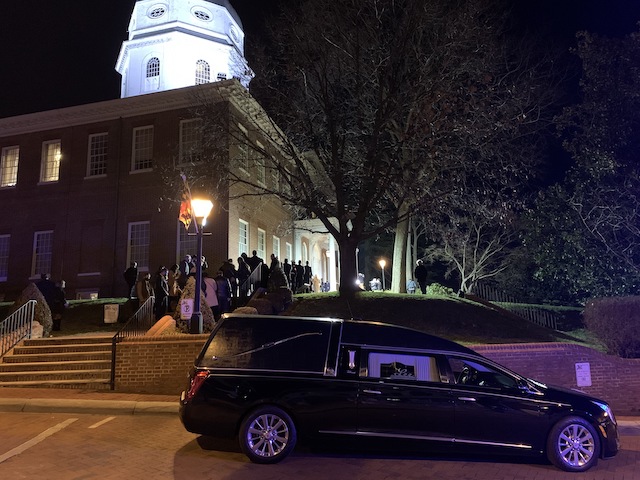 ANNAPOLIS, Md. ––Thomas V. Mike Miller Jr., the longest-serving state Senate president in U.S. history and titan of Maryland politics for decades, lay in state Friday as part of a multi-day memorial that will conclude with the family’s private Mass and interment Saturday.

The Maryland-flag-draped casket of the late Senate president emeritus, who died of prostate cancer Jan 15. at 78, was on display at the State House for three hours in the morning and three in the afternoon, with a state Senate ceremony at noon. 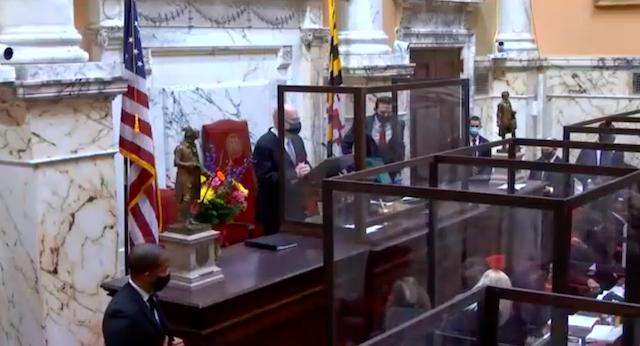 An emotional Hogan detailed how Miller’s job babysitting him as a child led to their lifelong friendship, lasting six decades through passionate political battles.

“Within these historic walls, his indomitable spirit will live on forever, along with the values that he cherished and lived by,” said Hogan. “Respect for tradition, separation of powers, the dignity of every Marylander, and the greatness of the state of Maryland that he loved so much.”

Their friendship only strengthened through their battles with cancer, dating back to Hogan’s non-Hodgkin’s lymphoma diagnosis in 2015.

“For many of us, a world without Mike Miller is a lesser world, less fun, less exciting, less stimulating,” said Neall. “His passing leaves a void in many of our lives that can’t be filled, only soothed by loving memories.”

Friday’s ceremony and public visitation followed an honor guard detail Thursday that escorted Miller’s hearse to stops –– including his law offices, the high school he attended and a fire station –– throughout his district in Southern Maryland before reaching a congregation of family, close friends and scattered onlookers at the State House.

Despite being known as a political force and for his firm hand running the upper chamber, members of the Clinton, Maryland, community who came out to pay their respects remembered Miller for his kind heart, constant generosity and endearing presence.

On Thursday afternoon, a crowd gathered at Surrattsville High School, where decades earlier Miller was a student. 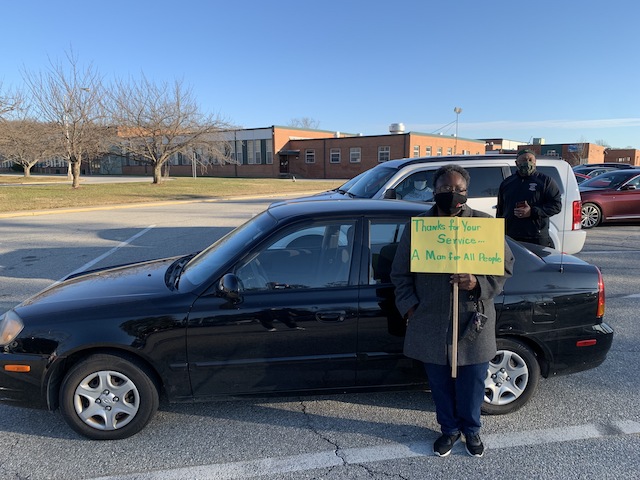 Katrina Lamont, in her fifth year as principal, told Capital News Service that Miller almost never missed a graduation, bringing with him a big smile, a good laugh and a great story.

Miller called Lamont to apologize when he was unable to attend the school’s graduation in 2019, the same year he stepped down as Senate president due to his declining health.

He was never too big to reach out, even sending handwritten notes, Lamont said.

Bonny Flowers, 61, lives in Waldorf but met Miller growing up in Clinton.

Left homeless after her divorce, Miller housed Flowers in one of the apartments at his Clinton law office.

When Miller’s sister needed the apartment for office space, the family moved Flowers into the space above the family grocery store, B.K. Miller’s, where she remained for more than seven years.

“He had a heart for the community,” Flowers said.

Miller’s career was not without controversy. 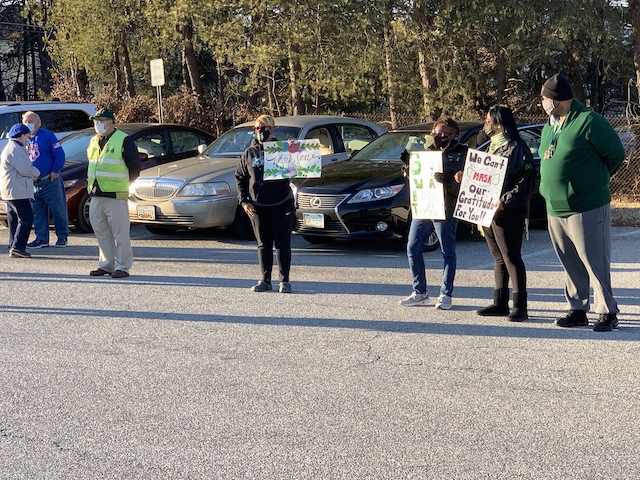 He drew criticism for opposing a 2012 Senate bill that legalized same-sex marriage in Maryland, though he recognized at the time that he was on the wrong side of history, according to The Baltimore Sun.

In 1989, Miller made profane remarks about Baltimore before a major fundraiser in the city.

Miller later apologized, but his remarks likely derailed any chances of becoming governor, according to The Washington Post.

While his political foes were met with forceful backlash, the general public often benefited from his good graces.

And after her second.

In fact, she said that almost any time she needed help, she felt she could go to Miller, who would greet her with an affectionate, “Hey girlfriend.”

McManus still lives in Clinton, while her daughter, Lizbeth, 47, has moved minutes away to Upper Marlboro.

Miller’s law office sponsored Lizbeth’s beauty pageants when she was a student at Surrattsville.

Years later, Miller was heading the Senate that granted Lizbeth a scholarship to study journalism at the University of Maryland, College Park, where she graduated in just three years.

Miller told Lizbeth he didn’t give that scholarship to just anyone, she recalled, adding the pair regularly kept in touch.

After writing to Miller about her desire to work in politics, he helped her land an internship with Rep. Steny Hoyer, D-Maryland.

Though Lizbeth no longer works in politics, hers certainly weren’t the only political aspirations that Miller inspired.

“I looked up to him since I was a kid, I don’t think I would have ever gotten into politics if it hadn’t been for him,” said Calvert County Commissioner Kelly McConkey. “You kind of went to Miller to get the okay.”

McConkey remembers as early as 5 years old his parents telling him they’d be voting for Mike Miller.

Growing up in Camp Springs, McConkey knew Miller, who was a few miles away in Clinton, but the two men became close after both moved to Calvert County in 1999.

Last May, McConkey was flown to R Adams Cowley Shock Trauma Center in Baltimore after a car slammed his vehicle’s rear when he was stopped at a red light in Dunkirk.

He recalled that Miller called the hospital numerous times and tried to go see him, despite being in the midst of chemotherapy treatment.

“There’s not gonna be another Mike Miller, I can tell you that,” McConkey said.