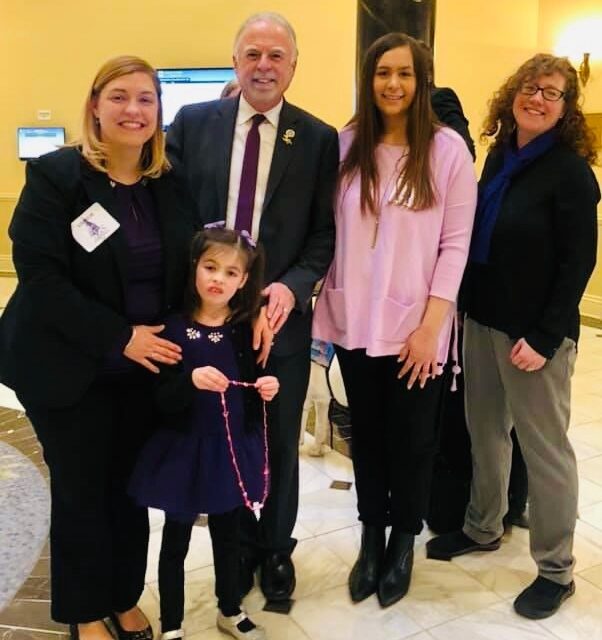 And when she started Kindergarten, her mother began lobbying for a law that would mandate teachers are trained to help her daughter if she got into distress at school.

In 2019, Lauren Shillinger, of Frederick County, called her Maryland state lawmakers about a bill.

The legislation would increase protections for children who experience seizures in school and mandate at least two staff members are trained how to medically respond.

All teachers would need to take online seizure recognition coursework every year — provided by the Epilepsy Foundation of America.

The bill has been dubbed “Brynleigh’s Act” after Shillinger’s daughter, whose rare genetic disorder, tuberous sclerosis complex, has caused her to have as many as 25 seizures per day.

Del. Kenn Kerr, D-Frederick, has sponsored the bill, HB0370, noting that approximately 10 percent of people will have a seizure in their lifetime.

He and his co-sponsors are preparing for the chance that a student could experience one for the first time during school hours.

“The likelihood that the first seizure will happen at school is pretty high,” Kerr said.

Per the bill — also filed in the Senate as SB0225 — those who respond will benefit from a Good Samaritan clause, thereby removing them from civil liability if they act responsibly.

Additionally, the legislation denotes that students diagnosed with epilepsy or seizure disorders should have a full medical record on file — as well as any prescribed medication ready to be used.

That’s not something Maryland schools have offered before.

“There’s really an inconsistent and patchworked response to children’s needs,” said Lauren DiBitetto, an advocate for the bill.

The Epilepsy Foundation of America will provide all the necessary coursework, which will be free.

“If an adult is in a room and a seizure happens, you can’t wait for a nurse or other medical personnel,” Abbey Roudebush, senior manager of government relations and advocacy at the Epilepsy Foundation of America, told Capital News Service.

The foundation has sponsored numerous bills in states across the country, as a part of its Seizure Safe Schools Initiative.

Five states — Kentucky, Indiana, Texas, New Jersey and Illinois — have already passed similar legislation, and 18 others have bills pending that could address the same issue. 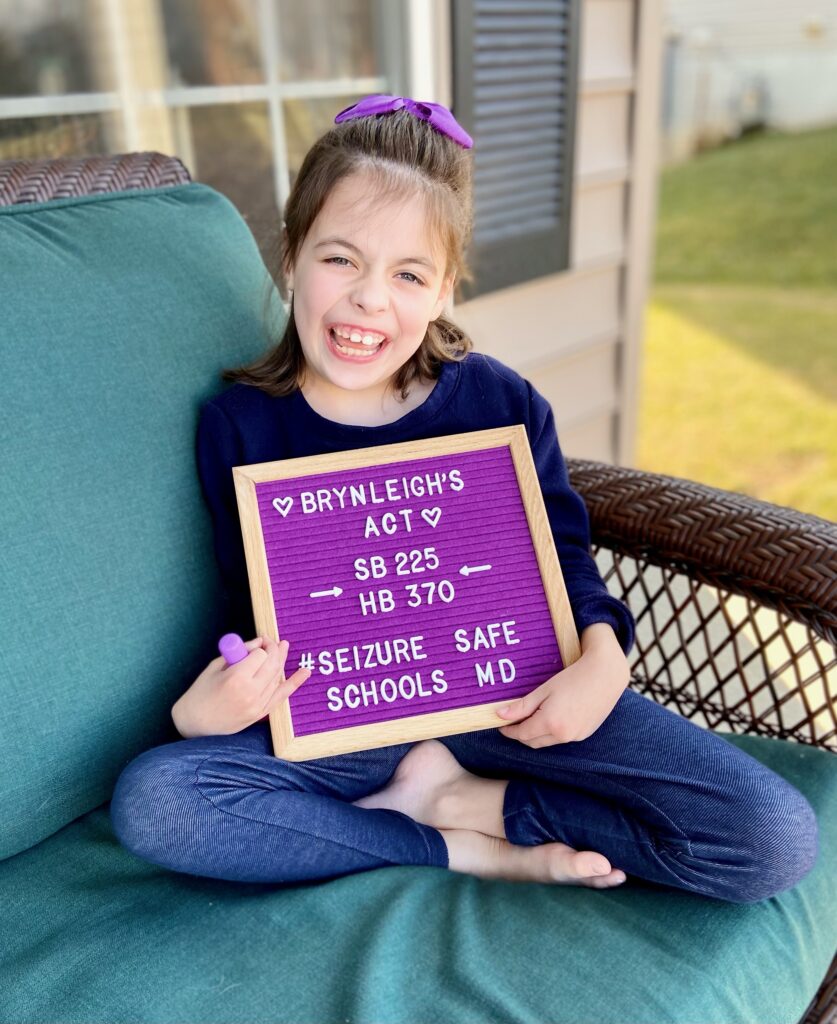 Brynleigh Shillinger at her home in Frederick County, Maryland, in January 2021. A bill in the General Assembly is named after her. (Courtesy of Lauren Shillinger.)

As of 2020, about 59,900 people in Maryland are living with epilepsy, of which 7,900 are children, according to a release from the Epilepsy Foundation of Maryland.

Sen. Ronald Young, D-Frederick, the Senate sponsor, said he hopes that this bill would help protect those 7,900.

“Brynleigh’s Act helps ensure that students with seizure disorders have the resources they need to go to school without fear for their safety,” Young said in a release.

The bill also aims to inform students identify signs of a seizure and the appropriate response.

There are numerous types of seizures, and they are often mistaken with fainting, or in some cases, simply daydreaming.

“We need to know the signs of seizures,” said Diana Briemann, an educator at Anne Arundel County Schools.

Shillinger said she was also concerned about the stigmas surrounding epilepsy.

Per the American Academy of Pediatrics, seizures are one of the three most common emergencies in schools across America, yet there’s a lack of understanding about them.

For young children, especially in school environments, overcoming those stigmas can be difficult.

“Everyone has something going on. Brynleigh’s is TSC and epilepsy,” Shillinger said.

A state nursing association supports the legislation, pointing out that not every school in Maryland has a full-time nurse on staff.

“Until Maryland can have a full time registered school nurse in every school building all day and every day, it’s important to have measures in place to keep children like Brynleigh… safe,” said Kristy Gorman, president of the Maryland Association of School Nurses.

Still, the bill has its skeptics. Numerous state legislators voiced concerns regarding emphasizing seizure disorders over other common conditions, such as diabetes.

“I like a lot of stuff in this bill and it makes a lot of sense,” Del. Eric Luedtke, D-Montgomery, said at a virtual hearing Wednesday. “But I do think it needs some amendments.”

Luedtke said the Good Samaritan clause in the bill may need clarification as that provision already exists in Maryland.

Kerr and Young introduced a similar bill last year, but it was put on hold due to the shortened session brought about by the COVID-19 pandemic.

They changed some specifics of the law, opting that only two people at every school need to be trained in seizure response — a shift from last year’s proposal that every teacher had to be educated immediately.

“We just want her and others to be able to be safe,” Shillinger said.