WHAT ARE THE MAJOR BILLS THAT PASSED? The Maryland General Assembly passed more than 650 bills in a three-day sprint as lawmakers rushed to adjourn their legislative session nearly three weeks early because of the coronavirus pandemic. The Sun’s Luke Broadwater and Pamela Wood list the most significant.

TAXPAYERS GET 3-MONTH REPRIEVE: Regina Holmes of MarylandReporter writes that state Comptroller Peter Franchot is giving Maryland residents and businesses a three-month extension to pay their state taxes. State tax payments for 2019 made by July 15 will occur no interest or penalty for lateness, he said in a statement his office released late Tuesday.

MELANCHOLY LAST DAY: On the final day of the 2020 Maryland General Assembly legislative session — which the global outbreak of the coronavirus cut short — Senate President Bill Ferguson expressed regret that his predecessor — Senate President Emeritus Mike Miller, who is battling prostate cancer — was unable to attend the proceedings, Bryan Renbaum of MarylandReporter writes.

HOGAN CRIME PACKAGE TURNED BACK: Gov. Larry Hogan’s effort to enact mandatory minimum prison terms for repeat gun offenders and to discourage judges from handing down reduced sentences was rebuffed during an abbreviated General Assembly session, thanks to the Democratic-led legislature’s opposition to mandated punishments and diminished judicial discretion — even as homicides continue at  brisk pace in Baltimore, writes Steve Lash in the Daily Record.

COMMITTEE CHAIR STRIPPED OF POST AFTER PROTESTING VOTE: Retribution came swiftly and publicly for a Democrat member of the House of Delegates and committee chairwoman Wednesday following a heated vote on a proposal to give the General Assembly more power over the state budget, Josh Kurtz reports for Maryland Matters.

WIDER VOTE BY MAIL SOUGHT: Several groups advocating for election rights delivered a letter to Gov. Larry Hogan on Wednesday urging him to offer widespread voting by mail in the June primary and to establish a voting rights task force, Emily Opilo writes in the Sun.

PG MAN FIRST MARYLANDER TO DIE OF COVID-19: A Prince George’s County man in his 60s became Maryland’s first resident to die of the novel coronavirus, McKenna Oxenden reports in the Sun. He acquired the illness through community transmission and had underlying health problems.

OPINION: CONTINUE TEACHING: It’s the 21st century. Schools can keep teaching thanks to the internet, even when facilities are shuttered. At a minimum, teachers should continue their lesson plans by uploading daily lectures to YouTube and emailing homework, Leonard John opines for MarylandReporter. 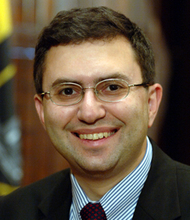 MORE RESEARCH ON COVID-19: Researchers at Johns Hopkins Bloomberg School of Public Health are finding out more about the novel coronavirus. The Sun adapts this Q&A from a webcast moderated by Dr. Joshua Sharfstein that includes Andy Pekosz, professor of molecular microbiology and immunology, and Caitlin Rivers, senior scholar in the Center for Health Security.

WHAT WILL HAPPEN TO CENSUS? CASA is among the advocacy groups that have worked with state and local officials in Maryland to ensure that historically hard-to-count populations — which include immigrants, black residents and young children — are accurately tallied in the 2020 Census. But with the pandemic, it’s up in the air what will become of those months of planning, Alison Knezevich of the Sun reports.

MORE COVID-19 TESTING SITES: While drive-through COVID-19 testing sites are growing in numbers, they quickly find themselves being overwhelmed with clients, reports Morgan Eichensehr for the Baltimore Business Journal. 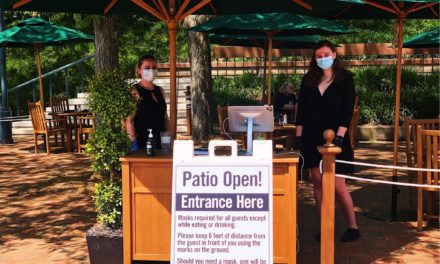