On the final day of the 2020 Maryland General Assembly legislative session — which the global outbreak of the coronavirus cut short — Senate President Bill Ferguson expressed regret that his predecessor — Senate President Emeritus Mike Miller, who is battling prostate cancer — was unable to attend the proceedings. There are 85 confirmed cases of the coronavirus in Maryland as of Wednesday afternoon.

Miller, 77, worked throughout the entire session despite his illness. Miller told the Baltimore Sun in a phone interview on Sunday that he had been hospitalized. Miller told the Sun he had back pain and a mouth infection. His illness and age make him more vulnerable to the coronavirus. Miller served as Senate president from Jan. 21, 1987 until Jan. 8, 2020, when Ferguson took over. Miller is considered an institution in Maryland politics.

Ferguson relayed a conversation he said he had had with Miller in which Miller expressed his desire to return to Annapolis. Ferguson relayed the conversation using Miller’s blunt manner of speech: ” ‘I’ve had a team of doctors  and each and every one of them — I’ve told them: Get me the hell out of this place.’ ”

Members of the Senate responded with laughter.

Ferguson relayed that he responded to Miller’s quip by saying of the doctors: “Do you want me to cut their budget?” Ferguson’s remark provoked further laughter in the chamber.

Ferguson relayed a message he said Miller wanted to pass along a message to his Senate colleagues. Ferguson said Miller wished to express his affection for them.

“So he’s very very sad that he can’t be here today. But he’s here in spirit…we’re gonna do him right. We’re gonna do each other right. And we’re gonna do the people of Maryland the most right.”

There were lighter moments in the chamber on Wednesday.

Ferguson made note of the tradition.

“It would not be Sine Die without the snow report.”

“I know you’re all going to be very disappointed about that. But we do have a birthday.”

She proceeded to lead the chamber in extending birthday to wishes to members whose birthdays will take place when lawmakers are in not session.

The General Assembly is expected to adjourn Sine Die today at 3 p.m. EDT. Adjournment had been scheduled for Monday, April 6. Today is believed to mark the first time since the Civil War that the body has adjourned prior to its scheduled date. Lawmakers are typically in session for 90 days each year. A special  session has been planned for the last week of May to finish outstanding legislative business.

As of noon EDT Wednesday more than 400 bills have cleared both the House and Senate in identical form. Among them is the Kirwan bill, an ambitious overhaul of the state’s education system that was given final approval Tuesday night. The Hogan administration’s FY 2021 $47.9 billion budget has passed both chambers but not in identical form. The Senate is virtually guaranteed to give final approval to the budget this afternoon. An agreement was reached earlier this week to bypass a conference committee in order to expedite the process. The Maryland Constitution mandates that lawmakers approve a budget each year. 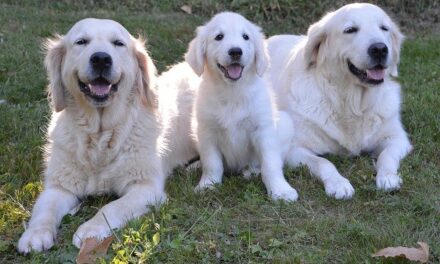