OAKS GETS 3 1/2 YEARS: From his bench in the federal courthouse, U.S. District Judge Richard D. Bennett read a long list of Maryland politicians convicted of corruption: Dale Anderson. Tommy Bromwell. Jack Johnson. The litany went on. Now the judge had another name to add. On Tuesday, Bennett ordered former Maryland Sen. Nathaniel T. Oaks to serve 3½ years in federal prison after pleading guilty to corruption charges, Luke Broadwater of the Sun reports. Oaks must pay a $30,000 fine, and his prison sentence will be followed by three years of supervised release, the judge said.

$24 BILLION? NOT SO BAD: The editorial board for the Sun writes about the Department of Legislative Services estimate that Democratic gubernatorial candidate Ben Jealous single-payer health care plan would cost $24 billion in new state spending. While it sounds like a lot, the board opines, it sounds a lot different when you consider that, according to the Centers for Medicare and Medicaid Services, Marylanders spent more than $51 billion on health care in 2014. Based on the historical average rate of growth, that’s something like $65 billion today.

RX POT CO. REINSTATED: On Tuesday the Maryland Medical Cannabis Commission reinstated a company into Maryland’s licensing process after an administrative judge concluded there is “no reasonable likelihood” that MaryMed had participated in smuggling a half-million dollars worth of cannabis oil from Minnesota to New York in December 2015. A year ago Maryland medical marijuana regulators sought to deny a license to a company picked to grow the drug because there was “reasonable likelihood” it would not properly secure the medicine, Doug Donovan reports for the Sun.

HOGAN BLASTS TRUMP: Gov. Larry Hogan added his voice to widespread criticism of President Donald Trump’s Monday appearance with Russian President Vladimir Putin, saying Trump “failed to stand up for our country,” Pamela Wood of the Sun reports. In a tweet posted Tuesday morning, Hogan wrote: “I remember when President Ronald Reagan called the Soviet Union the evil empire. Not much has changed. Putin is a thug & his actions against our democracy are despicable. On this I agree with our intelligence community. President Trump failed to stand up for our country yesterday.”

HARRIS PRAISES TRUMP, SUMMIT: Condemning the mainstream media, U.S. Rep. Andy Harris broke with more high-profile Republicans like Sen. John McCain and Gov. Larry Hogan and praised President Donald Trump and the Helsinki Summit calling it a success. Christina Tkacik of the Sun reports that Harris asked, “Given the unfriendliness of the press toward the president, why should we focus on a press conference?”

HOGAN TO TAKE No. 2 SPOT AT NGA: Gov. Larry Hogan is expected to be elected vice chairman of the National Governors Association this weekend. The NGA is a bipartisan group that represents the nation’s governors. Montana Gov. Steve Bullock, a Democrat, is expected to be elected as chairman. Hogan, a Republican, has been a member of the association’s executive committee since 2017, Pamela Wood of the Sun reports.

STATE RETIREES TO GET HELP: Retired state workers set to lose their prescription coverage Jan. 1 will get some assistance with the transition. Gov. Larry Hogan, Senate President Mike Miller and House Speaker Mike Busch made the joint announcement Friday after weeks of negotiations with the Department of Budget and Management, Tamela Baker of the Hagerstown Herald-Mail reports.

LEGGETT TO BACK ELRICH: Outgoing Montgomery County Executive Ike Leggett (D) on Monday said he plans to back party nominee Marc Elrich as his successor — but added that the decision of a longtime Democratic council member to seek the job as an independent is making it a “tough choice,” Jennifer Barrios of the Post reports.

COULD FICKER WIN? There is much condemnation of Montgomery County Councilmember Nancy Floreen among Democratic activists for leaving the party and launching an independent run for county executive.  Some of the outrage is related to party loyalty.  Some of it is related to support for the apparent Democratic primary winner, Marc Elrich.  And some of it is related to Floreen’s record in office and historic support by the business community.  … But, writes Adam Pagnucco for Seventh State, one concern can actually be evaluated with data – the notion that a Floreen candidacy could enable GOP candidate Robin Ficker to come up the middle and squeak out a victory.  Could that actually happen? Probably not, Pagnucco says.

SIGN ON, REP. HARRIS: Given the partisan times we live in, we cannot imagine a more important signature right now than that of U.S. Rep. Andy Harris, writes the editorial board for the Capital-Gazette. Harris, a Baltimore County Republican whose district stretches to the Eastern Shore, is the lone holdout on a letter to President Donald J. Trump urging him to posthumously award Capital-Gazette reporter Wendi Winters the Presidential Medal of Freedom. 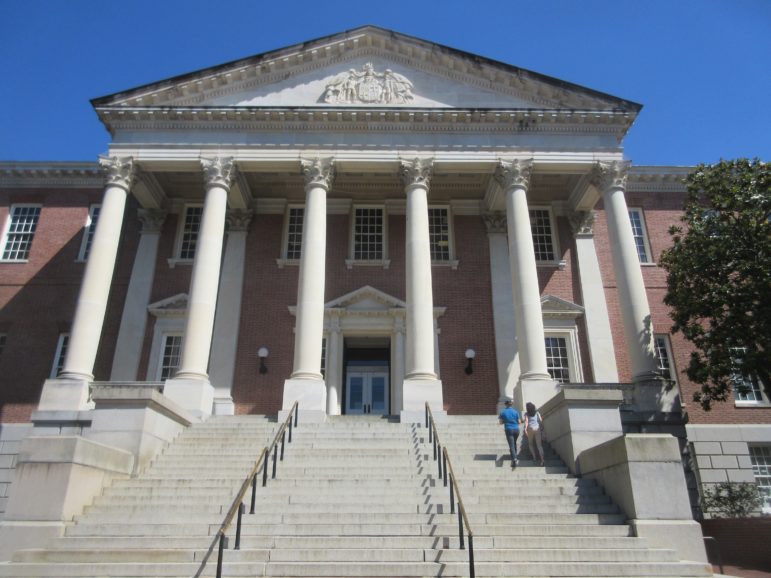 STATE HOUSE TO GET A LASER CLEANING: A dark gloom hangs over State Circle, and no, it’s not the latest in partisan politics, writes Elisha Sauers for the Annapolis Capital. Over the past few years, the once gleaming white trim on the Annapolis capitol has developed a nasty case of biofilm. Schmutz. But a fix is on the way: Lasers. 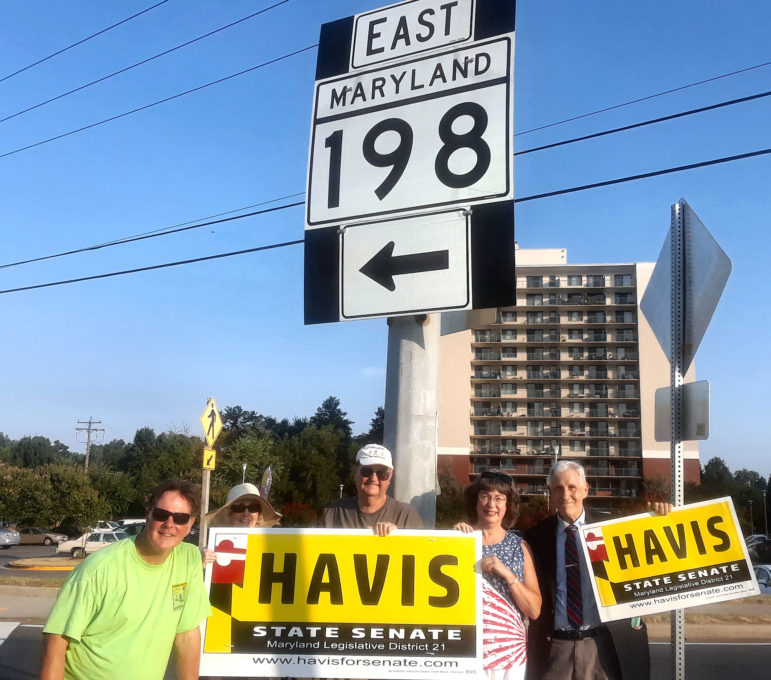 Lee Havis, for right, Republican candidate for state Senate in District 21, was sign waving last Thursday at the busy intersection of Routes 198 and 197 in Laurel. With him were, from left, David Flynn, Barbara and Frank Welsh, and Barbara Scott.

CAMPAIGN PHOTOS: Got a photo of a rally, event, sign waving? We’ll be running them in State Roundup. Send them in .jpg format to Len@MarylandReporter.com.

WA CO BOARD RELEASES MYERS REPORTS: In a surprise move, the Washington County Board of Commissioners voted 3-2 Tuesday to release two controversial reports stemming from allegations of sexual harassment against Commissioner LeRoy Myers and a related investigation that identified Commissioner Jeff Cline as a source of leaked information about the case, Julie Greene of the Hagerstown Herald-Mail reports.

HARFORD BOE ‘TAKES CORRECTIVE ACTION:’ The Harford County Board of Education has agreed to take steps to prevent violations of open meetings laws after the state’s Open Meetings Compliance Board earlier this year found the board committed two violations in 2017, reports David Anderson of the Aegis. “We’ve taken corrective action,” school board President Joseph Voskuhl said last Wednesday night. He stressed that the violations were related to matters of procedure for entering into closed session, not because the board had been accused of hiding information from the public. 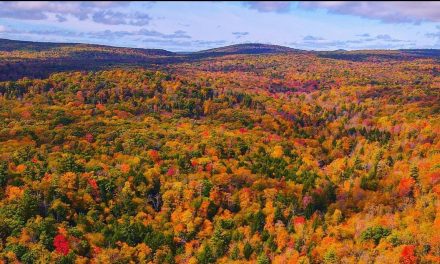