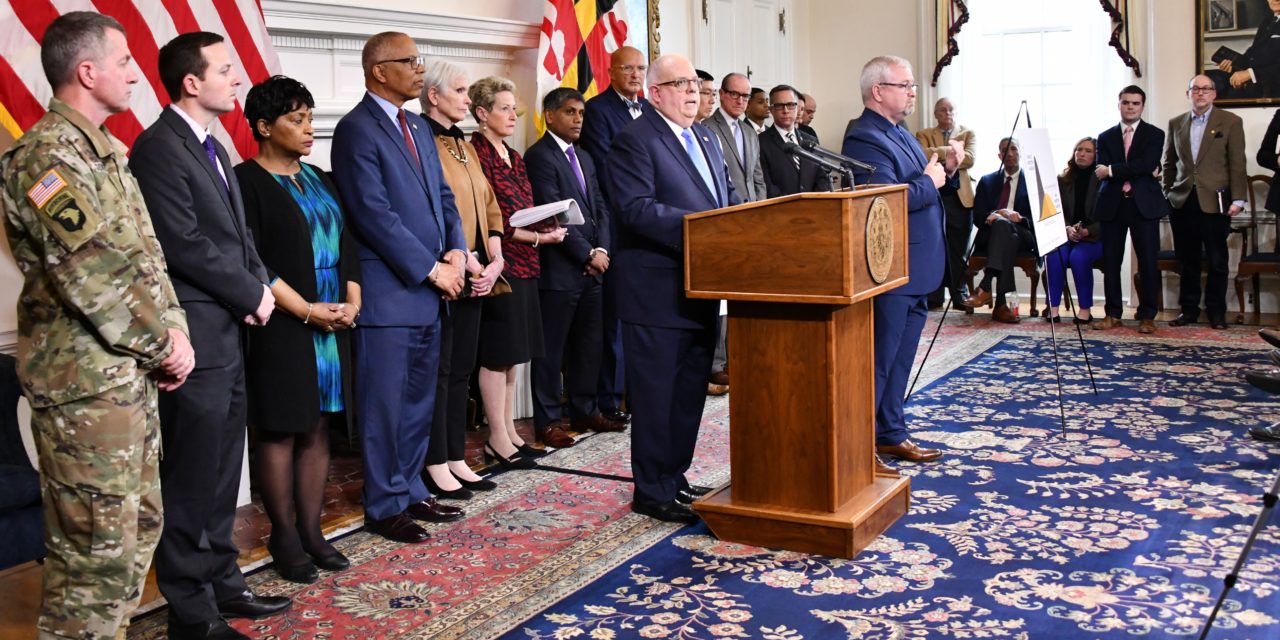 Gov. Larry Hogan was accompanied by several cabinet members and other officials Thursday afternoon at the State House in Annapolis as he announced the closures and restrictions. (Executive Office of the Governor)

Gov. Larry Hogan and his cabinet announced on Thursday a string of unprecedented closures and restrictions in Maryland — including closing all public schools and senior centers, required all non-essential state workers to telework and barring all mass gatherings — in an effort to halt the spread of the coronavirus.

The dramatic measures followed the revelation earlier in the day that a state resident had been infected by COVID-19 via community transmission.

“Unlike Maryland’s previous cases, this person had no known exposure to the coronavirus through travel or through another known infected individual,” Hogan said at an afternoon news conference.

The governor said he is “delegating the day-to-day operations of all non-essential, non-crisis-related functions of state government to Lieutenant Governor Boyd Rutherford so that I can focus my full attention on managing this crisis.”

The lieutenant governor was among several cabinet members and other officials who joined Hogan at the news conference.

The governor said the infected Prince George’s resident has been hospitalized.

“The circumstances of this case indicate that we are entering a new phase of this crisis in our state. We should expect the number of cases to dramatically and rapidly rise. Our primary focus is now turning from containment to aggressively working to mitigate and limit the spread of the virus.

“I want to again assure Marylanders that all levels of government have been preparing for this for many weeks. But we have moved into community transmission in our state and we believe that all of us need to take serious actions to limit day-to-day interactions and activities, and we all need to do our part to stop this virus from spreading,” the governor said.

Hogan said that earlier in the day he had met with House Speaker Adrienne Jones and Senate President Bill Ferguson, then held an emergency meeting with the governor’s full cabinet.

“At the advice of our entire leadership team and our Coronavirus Response Team, we have made the decisions to take the following major actions in order to protect public health and safety.”

“Effectively immediately, I just directed the Maryland Emergency Management Agency to move to its highest activation level in order to mobilize all available state resources to respond to this threat and fully coordinate response resources with county and local officials.

“I have just activated an executive order to activate the National Guard and move the Guard to a higher state of readiness in order to carry out any necessary functions and critical areas of need in the coming weeks.”

Hogan said effective immediately, all non-essential state employees approved for telework will be required to do so. Read the Department of Budget and Management’s guidance here.

He said public access to state buildings, including the State House, will be restricted until further notice.

State Superintendent of Schools Karen Salmon announced that all public schools will close from Monday, March, through Friday, March 27.

The governor and other officials announced the following additional closures and restrictions:

Hogan said that although the changes will be disruptive, “they could be the difference in saving lives and helping keep people safe.” However, essential businesses including grocery stores, gas stations and restaurants should remain open, he said. It was impossible to know how long the threat would continue, Hogan said. But he said his “first and highest priority is protecting the health, the safety and the well-being of the people of Maryland.”

“We’re all in this together and we cannot stop the spread of this virus without each and every one of you doing your part.” 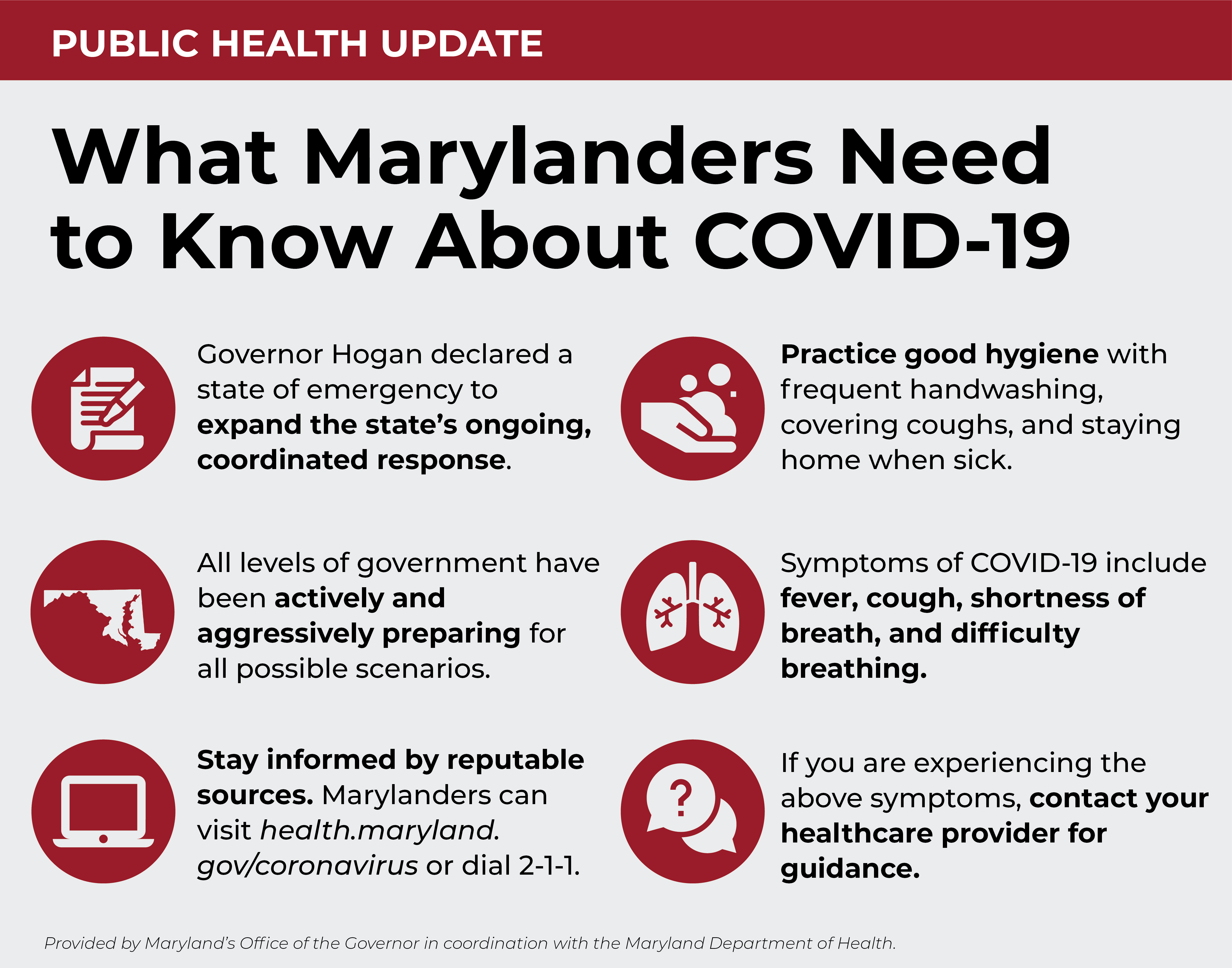 The Hogans get 500,000 coronavirus tests from South Korea