‘TONE DEAF:’ As the 2017 legislative session wound down Monday evening, five men sat on couches in a lounge inside Maryland’s State House. They would soon decide the fate of a bill that would allow a woman who is raped and conceives a child to terminate the parental rights of her assailant, writes Catherine Rentz of the Sun.  “Although I have great respect for colleagues, not having women on the committee was tone-deaf,” said Sen. Cheryl Kagan, who stood over over the men at the conference with her arms crossed, overseeing the group with Sen. Delores G. Kelley.

RX POT PATIENT REGISTRY OPENS: About 1,200 patients have registered with the state to eventually obtain medical cannabis — even as lawsuits and political fights cloud the future of the fledgling industry, writes Pamela Wood for the Sun. The Maryland Medical Cannabis Commission opened its prospective patient registry to Marylanders with last names beginning with letters A through L on Monday.

NATIONAL IMPACT: The drug Naloxone, often sold under the brand name Narcan, has become a critical tool in the fight against the opioid epidemic. But since the drug’s ability to counter overdoses became popularized in 2014, its price has more than doubled. Tim Curtis of the Daily Record writes that the General Assembly passed a bill that will allow Attorney General Brian Frosh to investigate and take legal action against the manufacturers of off-patent drugs determined to be price gouging. Supporters of the legislation predict it may well have a national impact.

MARYLAND’s NEW ‘NIGHT WATCHMAN:’ Faced with Republicans in both the White House and the governor’s mansion, Maryland’s Democratic state lawmakers left behind a kind of night watchman as they begin a nine-month stretch away from Annapolis. The Democrat-dominated General Assembly adjourned Monday having passed a series of bills bolstering the authority of Maryland’s unusually weak attorney general’s office, Ian Duncan of the Sun reports.

REDEFINING RAPE: Maryland is on track to change its definition of rape after a delegate, whose fraternity brother was raped two decades ago, sought to change how the law describes sexual assaults. The change follows complaints from victims that some cases over the years were not being taken seriously. On April 5, the General Assembly passed a bill to eliminate references to gender and classify all nonconsensual sexual violations as rape. The bill now goes to Gov. Larry Hogan, whose spokeswoman indicated Friday that he will sign it, writes Justin Moyer for the Post.

TAX RETURNS: Entwan Epps knew some Maryland offices of Liberty Tax Service had run into trouble with state regulators in the past, but that didn’t stop him from entering one of the national chain’s Baltimore storefronts this week for help preparing his returns, Sarah Gantz writes in the Sun. The Liberty Tax office Epps walked into is among the 93 tax preparation firms Maryland Comptroller Peter Franchot has barred from filing state tax returns electronically because they submitted filings deemed suspicious.

BALANCE BUDGET FOR NOW: Another Maryland General Assembly session has come and gone with Gov. Larry Hogan proclaiming victory and legislative leaders breathing a positive sigh of relief, columnist Barry Rascovar writes in MarylandReporter.com. There were no big wins for Hogan but no shocking defeats, either. His agenda may sell well with die-hard Hogan backers but it was a non-starter with Democratic lawmakers. The budget was balanced but there are potential problems ahead.

GOOD FOR ANNE ARUNDEL: The 2017 General Assembly session was a successful one for Anne Arundel lawmakers. In addition to agreeing on an elected school board after decades of debate, the county’s delegates and senators collectively saw 99 non-bond bill measures pass the General Assembly before the session ended at midnight April 10, reports Amanda Yeager for the Annapolis Capital.

BIG SESSION FOR CARROLL: The editorial board for the Carroll County Times opines that when one party has been in control of a legislature for so long, the opposing party will take whatever victories they can get. That’s why, we suspect, Carroll County’s all-Republican delegation is positively giddy about the outcome of this year’s legislative session, which ended earlier this week. Sen. Justin Ready, R-District 5, called it “the most successful session we’ve had in over a decade … Carroll County, this year, was a big winner.”

MIXED BAG FOR WASHINGTON CO.: Depending on whom you ask, the annual legislative session that ended Monday in the capital was 90 days of frenzy, frustration, “Trumper-tantrums,” malaise or success. Or, as Sen. Andrew Serafini, R-Washington, observed, it was “very strange in some respects.”

PROGRESSIVES EMERGE IN ARUNDEL: Chase Cook of the Annapolis Capital writes that more Democratic and progressive groups have been popping up in Anne Arundel County since the election of President Donald Trump, which has energized the left even more than Larry Hogan’s defeat of Anthony Brown for governor in 2014.

RX POT RESTRICTIONS MULLED IN AA: The Anne Arundel County Council tonight will consider legislation that could further restrict where medical marijuana dispensaries are allowed to be located in Annapolis and north county, Amanda Yeager of the Annapolis Capital reports.

RASKIN SEEKS END TO KUSHNER CLEARANCE: U.S. Rep. Jamie Raskin and four other congressional Democrats sent a letter to FBI Director James Comey Thursday calling for the suspension of Jared Kushner’s security clearance after it was revealed earlier this month that Kushner had contacts with Russian officials that he didn’t disclose during the application process for his clearance, Andrew Metcalf of Bethesda Beat reports. 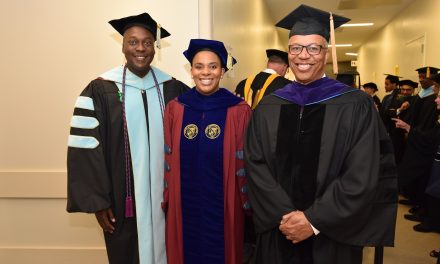