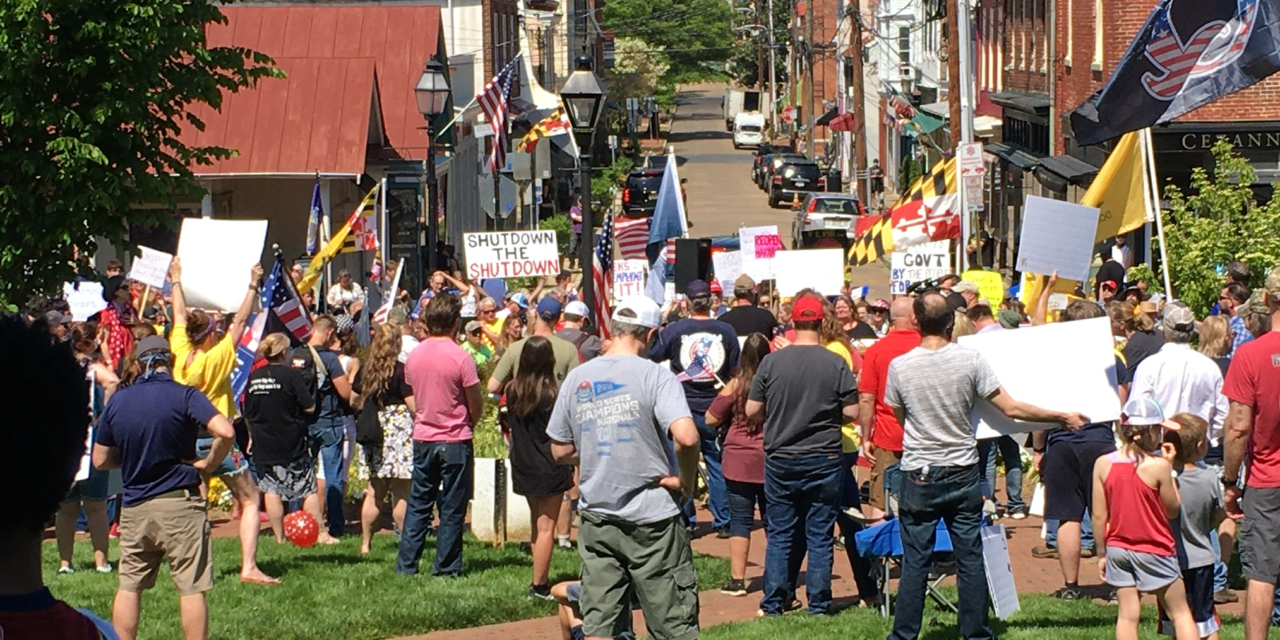 PRINCE GEORGE’S CRITICAL OF HOGAN, SEEKS MORE STATE AID: Prince George’s County lawmakers on Sunday issued a strong rebuke of Gov. Larry Hogan’s response to the coronavirus outbreak, saying his administration has dismissed urgent requests for equipment and staffing needed to fight the virus in their county, which has a death toll among the highest in the Washington region, report Luz Lazo and Hannah Natanson for the Post.

HAIRCUTS & PROTESTS: Len Lazarick of MarylandReporter writes, “I got a haircut Saturday. That would be a totally unremarkable event until these last nine weeks of shutdown due to the pandemic.  . When I walked in the door, Bill, a Marine veteran in his own mask, had me use the hand sanitizer, and then his partner, also in a mask, took my temperature. They were being seriously compliant.”  The  protesters at the Reopen Maryland rally at the State House the day before “were being seriously noncompliant.” No masks, hugs and handshakes.

OPINION: GOV. HOGAN WASHES HIS HANDS: The editorial board of the Sun, under the headline “Gov. Hogan washes his hands of coronavirus decision-making,” writes that “The county executives of Prince George’s and Montgomery counties, the hardest-hit jurisdictions in the state, responded by immediately announcing extensions of the restrictions the governor was allowing areas to lift.”

HOSPITALIZATIONS HIT 3-WEEK LOW: The number of people hospitalized with Covid-19 in Maryland reached a three-week low on Sunday, WTOP-AM reports. Gov. Larry Hogan has used the hospitalization rate as one of the key metrics in determining the state’s readiness to reopen.

ONCE PRAISED, PROBLEMS MOUNT FOR HOGAN: In recent days, some who once praised Gov. Larry Hogan’s leadership have criticized the state’s response to the pandemic. Problems have mounted on several fronts  most notably, a balky unemployment website that’s frustrating thousands of workers who lost their jobs amid Hogan’s shutdown orders, Luke Broadwater and Pamela Wood report in the Sun.

FEWER BUS ROUTES, DIFFICULT COMMUTES: As people stay home, the Maryland Transit Authority’s bus ridership is down about 60%. The agency has changed many regular bus route schedules to Saturday ones, when fewer buses run and it has given bus operators the discretion to limit bus capacity in order to promote social distancing. For some riders, fewer buses and fewer spots for riders means they are always worried about making it to and from their shifts, Emily Sullivan of WYPR-FM reports.

MEAT PROCESSORS SEE UPTICK IN WORK: Frederick County meat processors and retailers are seeing an uptick in business during COVID-19, writes Hannah Himes for the Frederick News-Post. Mickey Wagner, owner of Wagner’s Meats in Mount Airy, said, “There’s been some plants shut down and everybody’s looking to get their animals processed and … the farmers that we deal with want more animals processed …”

AG SECTY TOURS LAUREL FOOD FACILITY: Agriculture Secretary Sonny Perdue and White House adviser Ivanka Trump on Friday toured a Maryland food service distributor in Laurel that’s participating in the Farmers to Families Food Box Program, which will save billions of dollars worth of fruit, vegetables and other farm products, the AP is reporting.

MFUME RETURNS TO CONGRESS: As a freshman in Congress in 1987, Kweisi Mfume sent cards to all his new colleagues in which he provided the phonetic pronunciation of his name. More than 30 years later, embarking on a second House tour as the successor to the late representative Elijah E. Cummings, Mfume sees no need to offer any such guidance. For better or worse, his name is well-known inside the U.S. Capitol and beyond. Paul Schwartzman of the Washington Post writes about Mfume’s return to Congress.

CITY BALLOTS DELAYED: Presidential primary election ballots destined for the city of Baltimore could arrive as late as next weekend, State Board of Elections officials announced this weekend. The ballots are among the last to be processed and delivered for the June 2 primary election, which is being conducted largely by mail because of the Covid-19 pandemic, reports Danielle Gaines for Maryland Matters.

MAYORAL CANDIDATE PROFILE: MARY MILLER: Baltimore mayoral candidate Mary Miller has the money and the time to make the most of how the coronavirus pandemic has turned Baltimore’s campaign season on its head, Emily Opilo of the Sun reports. As measures to control the spread of Covid-19 forced the delay of the primary to June 2, Miller — initially one of the least known candidates in the Democratic race — became a fixture on the television and video screens of Baltimore voters.

MAYORAL CANDIDATE PROFILE: JACK YOUNG: Bernard C. “Jack” Young didn’t expect to become Baltimore’s mayor. And he didn’t expect the year that followed to be like this. First, news broke last April that his predecessor, Catherine Pugh, was taking a leave of absence during the UMMS scandal, then a ransomware attack crippled city computer systems. By mid-March, the global coronavirus pandemic reached Baltimore, with Young announcing the city’s first confirmed case, Talia Richman writes in this Sun profile of the candidate for mayor.

THE PACs IN B’MORE MAYORAL PRIMARY: A political action committee created with the intention to boost one Baltimore mayoral candidate and oppose another is playing an outsize role in the upcoming election — even now that it’s shutting down. Talia Richman of the Sun writes that Baltimore’s Democratic primary for mayor has spawned four PACs. She outlines who they are, how much they’ve raised and what they’re spending on the race.

PROSECUTOR SEEKS MORE FUNDS FOR CAP-GAZETTE CASE: The top prosecutor in Anne Arundel County is asking the County Council to allocate an additional $60,000 to help cover certain costs associated with the trial of Jarrod Ramos, WTOP-AM reports. Ramos pleaded guilty last fall to killing five employees of the Capital Gazette newspaper in Annapolis in 2018.The guilty plea came days before he was set to go on trial, but now Ramos is planning to argue that he was not criminally responsible because of mental illness.

MARYLAND REPORTER AWARDS: MarylandReporter.com won two awards from the Maryland-Delaware-D.C. Press Association announced last week for content that ran in 2019. Founding editor Len Lazarick won the first-place prize for Online Blog Commentary for “Hogan’s run for president was all talk – and wonderful talk it was” which ran June 3, 2019. Contributing writer Charlie Hayward won a second-place for public service for his two-part analysis on “The mess at UMMS: “Numerous red flags in University of Maryland Medical System contracting with board members’ firms” and part 2: “Legislative action must be stronger than HB 1428” which ran in March 2019.