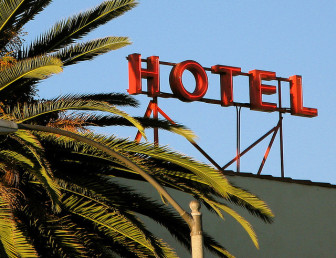 Vetoed bills are on the minds of all 188 members of the Maryland General Assembly as they begin their annual 90-day session in Annapolis. Indeed, it was the first order of business on Wednesday, but debate has been postponed till next Wednesday.

Among the most controversial is a vetoed bill concerning a dispute between large hotel operators, like Bethesda-based Marriott and Rockville-based Choice Hotels, and Internet travel companies. The fight is over tax payments to the state by those Internet companies when they book in-state hotel rooms.

All three Democrats come from districts where anger over high taxes led to large Hogan victories in 2014 with margins topping 60 percent for the Republican governor.

Now Democratic leaders want the three senators to go against Hogan on the internet hotel tax bill. For them, that may not be the wisest political move, especially on a piece of legislation viewed by many constituents as a tax increase.

The big hotel operators want travel companies to pay taxes on the fees they charge customers when travelers book Maryland hotel rooms through an intermediary. (The Internet sites already add the state sales tax to the negotiated rate going to the hotels.)

He did so for the most sensible of reasons: Maryland Comptroller Peter Franchot already is suing an Internet company, Travelocity, over what he claims is $6 million in unpaid taxes on those service fees between 2003 and 2011.

“The General Assembly should respect the long-standing practice of not passing legislation that would directly affect matters being litigated in a pending court case,” Hogan wrote in explaining his veto last May.

Why in the world would state lawmakers interfere in a court case brought by the state’s comptroller?

Why not do what nearly all prior General Assemblys have done and let legal proceedings play out before taking action?

The answer is partisan politics. Democratic leaders want to show Hogan who’s in charge by overturning the governor’s vetoes.

On this one, pragmatism and practicality should prompt lawmakers to let well enough alone until there is a definitive ruling from the Maryland Tax Court.

For instance, the hotel booking tax could hurt local Ma & Pa travel agents, who are having a hard time as a result of shrinking commissions from hotels and other destination sites.

The fees they charge customers are their profit margin. If those fees get taxed, it could mean staff reductions to make up the difference.

Besides, they already pay local and state income taxes on revenue derived from those fees.

The new sales tax also could have the unintended consequence of harming small businesses such as tour operators, event planners and service providers, who might be forced to pay a new tax.

Industry data indicates that for every percentage increase in hotel rates, there is a negative two percent drop in bookings. That could be huge in Maryland if the legislature overrides Hogan’s veto. It could easily wipe out the revenue gain, estimated at $3 million to $4 million, from taxing service fees on third-party hotel bookings at a rate of 6%.

Large hoteliers say this tax “levels the playing field.” Yet it also forces third-party booking agencies to hike their prices to consumers and thus become less competitive with the hotels’ in-house booking operations.

The biggest booster of the new tax is Marriott, which has enormous clout among legislators from Montgomery County.

Ironically, Marriott was a big beneficiary in 1999 of state tax breaks topping $58 million in exchange for keeping its headquarters in Maryland. Part of the deal called for Marriott to expand its HQ staff by 700. Instead, there’s been a major workforce reduction.

Think how much the state’s tax coffers would have benefitted if Marriott had followed through on its 1999 commitment.

Those opposing this bill say this amounts to a new tax, which it definitely is for third-party hotel booking services. You can rest assured most of this tax increase would be passed along to customers booking lodging in Maryland through them.

As noted, this is not a cut and dried issue.

Should all services fees be subject to the state sales tax, or just fees charged by Internet hotel booking companies? Should local travel agents and travel-related companies be exempt from the tax?

The legislature is acting prematurely. It should await a Tax Court decision. Then it should form a work group to study the full, wide-ranging implications, including the mixed responses to this problem in other states.

All that points to a go-slow approach.

When SB 190 comes before the Senate and House of Delegates on Wednesday, lawmakers should avoid a hasty decision. There’s no need to rush to judgment – unless bitter partisan politics overrules common sense.