HOGAN VETOES BILLS: Gov. Larry Hogan took out his veto pen Friday, rejecting a bill that would allow felons to vote as soon as they leave prison rather than waiting to finish parole or probation, writes Pamela Wood in the Sun. The veto, one of several announced by the governor’s office, quickly drew a pledge from the legislation’s sponsor to find the votes to override.

LGBT BILLS TO BECOME LAW: Maryland legislation promising new protections for the lesbian, gay, bisexual and transgender community will become law next month without Gov. Larry Hogan’s signature, according to aides from the governor’s office. One of the proposals requires health insurers to offer fertility treatments as a benefit regardless of a person’s sexual orientation, while the other allows transgender residents to change the gender on their birth certificates.

ASIA TRIP: Bryan Sears of the Daily Record reports that business and economic development experts say that a trade mission to Asia led by Gov. Larry Hogan should be considered a long-term investment in Maryland’s economy and necessary to keep pace with other nearby states looking to increase outside investment.

Flags at the World Trade Center in Baltimore and across the state were at half-staff for Memorial Day.

MOVE THE PREAKNESS? NOT LIKELY: The Stronach Group, which owns Maryland’s two thoroughbred 1-mile tracks, is making noise about moving the crown jewel of Free State racing, the Preakness Stakes, to Laurel Race Course. It’s a non-starter — and the Stronach folks probably know it, writes Barry Rascovar for MarylandReporter.com. Legally such a move can’t take place without General Assembly approval, which won’t happen.

UM SEEKS POWER UPGRADE: The University of Maryland, Baltimore needs more power, writes Daniel Leaderman for the Daily Record. The campus’ existing electrical infrastructure is so old that replacement parts aren’t made anymore, and a power failure could jeopardize millions of dollars in research.  So the university is proposing an $82 million overhaul to include the construction of a new substation, the rebuilding of an old one and the replacement of miles of electrical cable. The regents are weighing that request as they build their capital budget proposal for state officials to consider.

DEMS PENSION FAILURE: The editorial board for the Post takes the Democrats of the Maryland legislature to task over their failure to abide by promises on the state’s pension fund, writing that last year lawmakers failed to honor the deal, slashing the state’s contribution in half. This year they did it again, whacking the catch-up payment to just $75 million for the fiscal year starting in July.

COP CAMS IN PG: Although its proposed 2016 budget does not include funding for a pilot body camera program, Prince George’s County Police Chief Mark Magaw said the department still plans to implement body cameras in the fall, Michael Sykes reports for the Prince George’s Sentinel.

CITY COPS ENDED MILITARY SURPLUS IN 2013: When President Barack Obama called for limiting a controversial federal program that allows law enforcement agencies to obtain surplus military equipment, he pointedly mentioned the unrest in Baltimore. But the city’s Police Department had not used the program since 2013, according to a Baltimore Sun review of federal records. And items the president wishes to ban are largely absent from recent grants to city police, writes Patrick Maynard in the Sun.

SHAKEUP IN CITY: With Baltimore in the midst of one of its most violent stretches in years, a top criminal justice leader and the coordinator for Mayor Stephanie Rawlings-Blake’s Sexual Assault Response Team have left, marking the biggest shakeup in her administration since the recent rioting and unrest in the city, Justin George and Yvonne Wenger of the Sun report.

ADDICTION THE REAL PROBLEM: State Del. Dan Morhaim in an op-ed for the Sun writes about what he sees as the real problem behind the unrest in Baltimore: the addiction problem. “The spike in crime (after the Freddie Gray protests)  tells us something else: We cannot police ourselves out of this mess. Law enforcement and the criminal justice system have roles to play, but they are insufficient. Even with hundreds of police and thousands of National Guardsmen on the street and with the nation’s focus on Baltimore, the crime wave began. And it’s continuing now with a vengeance.”

BARVE PART II: Here’s Part II of a discussion that state Del. Kumar Barve (D-17), chair of the House Environment and Transportation committee, is having with Center Maryland. Barve is seeking to represent the 8th Maryland congressional district. He joins Center Maryland to discuss environmental policy, renewable energy, his perspective on tax policy matters and education.

O’MALLEY MARCHES TOWARD ANNOUNCEMENT: John Fritze of the Sun reports that former Gov. Martin O’Malley will travel to Iowa on Saturday immediately after he is expected to announce his presidential campaign — his third visit to the first-in-the-nation presidential nominating state this year.

CLINTON IN MARYLAND: It’s Martin O’Malley’s home turf, but Hillary Clinton is beginning to engage in Maryland. For a state that rarely plays a role in presidential politics because of its late primary, Maryland has received considerable attention from Clinton’s nascent presidential campaign — including an effort to engage elected leaders and early communication with political donors, writes John Fritze for the Sun.

CARSON WINS STRAW POLL: The Sun is reporting that Wisconsin Gov. Scott Walker finished second in a straw poll of southern Republicans on Saturday, indicating troubles at home haven’t affected support among conservatives across the country backing him as the 2016 GOP presidential nominee. Of 958 poll voters at the Southern Republican Leadership Conference, 20.5% picked Walker as the nominee if the Republican primary election were held today. Retired neurosurgeon Ben Carson came in first place, which Oklahoma Republican Party vice-chairwoman Estela Hernandez called “history in the making.”

A PROBLEMATIC MOVE: Frederick County Executive Jan Gardner has stepped into worrying territory by using an executive order to prevent bids on capital projects being awarded to companies owned by elected officials, opines the editorial board for the Frederick News Post, which sees her move as more troubling than the ethics loophole. Signed Tuesday at a press conference, Gardner’s order came in reaction to a ruling from the ethics commission clearing Councilman Kirby Delauter’s company, W.F. Delauter & Son, from making bids on county-issued contracts. “I think this is important to maintain the public trust and the highest standard of integrity,” she said. 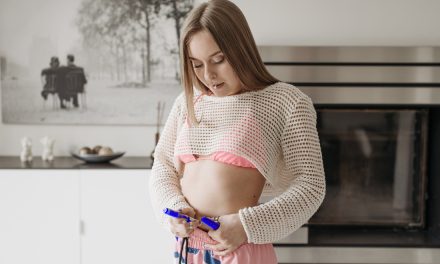