FROSH SEEKS $1M FOR NEW POWERS: Hours after the House of Delegates gave final approval to broad new powers for Attorney General Brian Frosh to sue the federal government, he was in front of a House committee asking for $1 million a year to hire five lawyers for his new mission, reports Len Lazarick for MarylandReporter.com.

PRESCRIPTION DRUG COSTS: Health-care advocates who are pushing for bills to combat rising prescription drug prices in Maryland drew sympathy but also skepticism from state lawmakers Wednesday.The General Assembly is considering a pair of bills. One would require drug companies to give notice of and explain significant price hikes. The other would authorize the attorney general to sue makers of generic drugs who engage in price gouging, Pamela Wood of the Sun reports.

SCHOOLS OPPOSE ‘LOAN LETTERS:’ Financial aid officers across the state oppose two proposals that would require state funded colleges and universities to generate an annual “loan letter” to students that spells out their loan obligations and help them manage their finances better, writes Daniel Menefee in MarylandReporter.com. The bills were inspired by a “loan letter” program at Indiana University that reduced student borrowing by 18%, but financial aid officers in Maryland who testified at a House Appropriations Committee hearing on Tuesday said the mandates are duplicative, unnecessary and costly to administer. 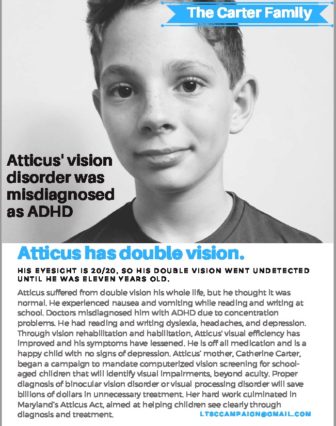 SCHOOL VISION SCREENING: A Howard County middle schooler who refused to do school work until he was granted accommodations for his visual impairment has become the poster child for a campaign to require more extensive vision screening in Maryland schools, reports Amanda Yeager for the Annapolis Capital. Sponsored by Sen. Gail Bates and Del. Trent Kittleman, the measure would mandate school districts to administer a computerized vision test that checks for more than a dozen conditions to all students in the first and eighth or ninth grades, and annually for any student with a special education plan.

PAROLE DECISIONS: Gov. Larry Hogan has come out against legislation that would take parole decisions for life-sentenced inmates away from the state’s chief executive and leave the determinations solely with the Parole Commission, Steve Lash of the Daily Record reports. Supporters of the measure call it necessary because Maryland governors from both parties have bowed to political pressure and went for nearly 25 years without adopting any Parole Commission recommendation to release a prisoner sentenced to life in prison.

RESTRICTING COWNOSE RAY TOURNEYS: The Maryland Senate this week approved a bill from Sen. Ron Young, D-District 3, that restricts cownose ray fishing tournaments in the Chesapeake Bay, Danielle Gaines of the Frederick News Post reports. Young introduced a bill that would have banned the tournaments, which he called “brutal” because the rays are shot with arrows, then hit with bats. Once weighed, the  rays are generally tossed back in the bay because their urine-flavored flesh is hard to make palatable, Young said.

DEATH WITH DIGNITY LAWS WORK: In a column in response to Michael Collins’ earlier one, Kim Callinan, chief program officer at Compassion & Choices, writes in MarylandReproter.com that debates about medical aid-in-dying legislation, like the one taking place in Annapolis, are understandably passionate.  But it is important that these debates remain based on facts, not on speculation and myth. The fact is medical aid in dying has been safely practiced for a combined 30-plus years across six states. And the law has been carefully studied by doctors and reported on by state agencies and in academic journals. The conclusions are clear. The laws work as intended.

BRIDGES IN NEED OF REPAIR: A new study finds a number of bridges in Maryland just aren’t to par with today’s standards. George Solis of WBAL-TV reports on where the largest trouble areas are. While the study does find that at least 20% of the state’s bridges are in need of some TLC, it does not mean they are unsafe. Still, those who travel on them are hoping to see some change and soon.

CITY SCHOOLS SEE BUDGET SHORTFALL: Baltimore school officials have asked state and city lawmakers for $65 million to shrink their $130 million budget deficit and help them avoid laying off more than 1,000 workers. But schools CEO Sonja Santelises said she has “no firm commitments” from the State House or City Hall, Tim Prudente, Luke Broadwater and Michael Dresser report in the Sun.

CARDIN ADHERES TO 2-STATE SOLUTION: Sen. Ben Cardin, the top-ranking Democrat on the Senate Foreign Relations Committee, questioned President Donald Trump’s decision to break with decades of U.S. foreign policy by suggesting a two-state solution is not a prerequisite for peace in the Middle East, writes John Fritze in the Sun.

CAMPAIGN WORKERS PLEAD GUILTY: Two former campaign workers pleaded guilty Tuesday to stealing thousands of dollars from the campaign of a state delegate from Prince George’s County, Pamela Wood of the Sun reports. Mary Murphy, who was chair for Del. Michael A. Jackson’s campaign, and her daughter, Damiana Murphy, who was campaign treasurer, were accused by the state prosecutor of spending more than $22,000 in campaign funds for personal use in 2014 and 2015.

RULING NEXT WEEK ON ROBOCALL TRIAL: A District Court judge denied motions Wednesday for an acquittal and dismissal in the trial of Dennis Fusaro and Stephen Waters, Republican strategists charged with violating Maryland election law in connection with robocalls during a 2014 Anne Arundel County Council race. The Annapolis Capital’s Megan Brockett reports that Judge John P. McKenna Jr. is expected to issue a decision in the misdemeanor case early next week, following closing arguments Wednesday in Annapolis. 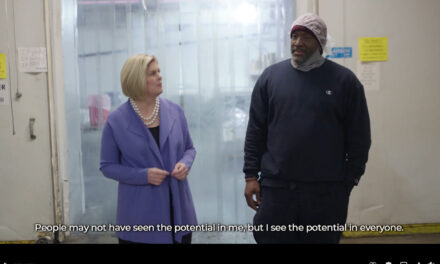