Has Gov. Larry Hogan Jr. overplayed his hand? We’ll find out today as the Maryland General Assembly tries to wrap up its 2015 session.

Hogan has two choices: Continue to play hardball with the Democratic legislature and risk losing all of his legislative priorities, or negotiate a settlement that gives everyone partial victory.

The first choice is really the nuclear option.

Hogan already has dug in his heels a couple of times in budget negotiations by demanding full passage of his partisan agenda that Democrats find unacceptable. Meanwhile, he says he won’t give Democrats what they want on education, Medicare and salary adjustments.

This “my way or the highway” approach is what punctured former Republican Gov. Bob Ehrlich’s balloon and led to four years of bitterness and open warfare between the political parties in Annapolis.

Does Republican Hogan, who was part of the Ehrlich administration, want to go down that dead-end road again?

He shouldn’t misread the election results. This state remains heavily Democratic, as reflected by the make-up of the General Assembly. For a Republican governor, power-sharing is the only rational road to travel if you want to make headway on your goals and win reelection.

Today, Hogan must decide whether to fight or smoke a peace pipe. It shouldn’t be a difficult call.

Even if he gives Democrats what they want in the budget, Hogan still has achieved his immediate objective — sharply lowering Maryland’s structural deficit and sending a clear signal that more slimmed-down budgets are coming.

Hogan is in control. But he could lose that advantage if he touches the third rail of Democratic politics in Maryland — aid to education.

A sharp cutback in state education funding for large Democratic subdivisions would be met by howls of protests from parents. It could lead to teacher layoffs, larger class sizes and bitter anger in those subdivisions.

Why risk hostility that might sabotage cooperation with the Democratic legislature over the next three years and foreclose chances of Hogan gaining Assembly approval of his promised tax cuts?

Indeed, he made them look foolish on their efforts to strip money from state worker and teacher pension accounts. He’s also won concessions on a handful of bills he wants passed.

If he cuts a deal at this stage and declares victory, Hogan will emerge from the session with incremental successes and few hard feelings on the Democratic side.

That’s not a bad outcome given the fact that most legislative triumphs take more than one session to achieve — and that legislative victories for a Republican governor in Maryland are always difficult.

Of course, compromise won’t please hard-edged conservative Republicans who will accept nothing less than Democratic capitulation. Hogan would be wise to ignore them and focus on the bigger picture.

He’s got four years to construct a positive list of accomplishments. He’s made a sound start over the past 90 days. He’d be foolish to blow it at this late stage. 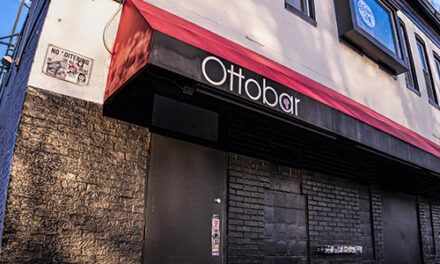